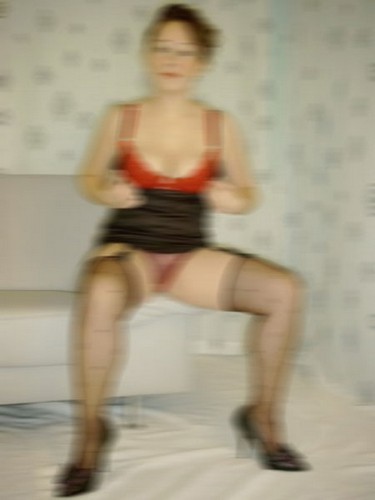 We are pleased to present works from the american artist Morton Bartlet (1909 - 1992) and the german photographer Thomas Ruff (* 1958 Zell am Harmersbach, Germany, lives and works in Düsseldorf) for the first time together in an exhibition.
Born in Chicago in 1909, Morton Bartlett was orphaned at the age of eight, but was adopted by Mr. and Mrs. Warren Goddard Bartlett of Cohasset, Massachusetts. The artist attended Boston Phillips Exeter Academy and then Harvard College, which he attended for two years before withdrawing at the start of the depression.
In 1930 he began a series of jobs, including free lance photographer, and printer’s broker, interrupted by service in the Army during World War II. He never married, and did not study art in school. Bartlett led a secluded life and had hardly any social contacts.
In 1935 he began to make dolls that represented children in the age of six to sixteen. In order to make his dolls look as naturalist as possible, he studied books on anatomy and the history of clothes, learned to sew and to make modells out of clay. Besides this lengthy creative process (it sometimes took a year to make a single doll), he took an interest in putting his dolls in photographic scenes. He sometimes depicted them reading in bed, sitting hungrily at a kitchen table or frightened in the corner. Sometimes he drew exquisite portraits of the dolls. These drawings were found in his house only after the artist died in 1992.
This fantasy world crossed over into reality in 1963 when it became public, fleetingly, in a Yankee Magazine article. Although authorized by Bartlett himself, the attention and praise which followed surprised him, and led to this remarkable body of work being packed away, each child in its own container, to remain unseen for the next thirty years.
Still wrapped in 1963 newspapers, it was discovered by Marion Harris who made the work public again in 1993 with an exhibit and the accompanying catalogue ́Family Found ́. Since then Bartlett's work has received wide acclaim, and with his work in major museums and private collections.

Among the most influential photographers working today, Thomas Ruff has redefined photography’s conceptual possibilities, simultaneously capturing and questioning the essence of photography as both a means and a tool for visual experience.
Best known for his oversized, dead-pan portraits, his unmediated shots of commonplace interiors, and his seemingly straightforward photographs of architecture, Ruff has quietly approached many familiar genres, and proceeded to discreetly reinvent them.
Around 1998 Thomas Ruff began to work on nude photography. In his Nudes series Ruff appropriates existing imagery, downloading generic photos from pornographic “thumbnail galleries” on the Internet, which he then proceeds to enlarge, distort, and transform. Significantly, Ruff uses no camera or traditional photographic device in the production of these images, a process in which every step, from sourcing through manipulation to printing, is purely digital. The selection of source pictures was based on such considerations as composition, lighting, colouring, or representation.

Both literally and figuratively blurring the distinctions between pornography and formalist nude photography, Ruff also enhances the artificial atmosphere of the tiny “originals” by boosting their image size exponentially. In the process, each image becomes disengaged from ist source, forcing the subject into the background, and prioritizing ist formal and aesthetic value. By altering these publicly accessible and starkly aggressive images as he does, Ruff simultaneously returns to them a sense of dignity and beauty, while heightening an awareness of representation’s own manipulative promises and illusions. Thomas Ruff's nudes forcefully address the theme of our pre-rational curiosity about pornographic depictions, a curiosity that is only secondarily constrained by morals and conventions. Although in many ways the nudes are a consistent continuation of Ruff's previous series, as treatments of net pornography they still address an independent, complex, and clearly contemporary field of perception between body and eye, pre-reflexive curiosity and fetishistic fixation, physical excitement andmechanical prosthesis, secret desire and inconsequential anonymity, individual exhibitionism and the camera gaze that enlists and sexualizesthe body.' *

In the exhibition we are showing three new photographs from the Nudes Series and six pencil drawings by Morton Bartlett.

The idea and the concept for the show are by Christoph Schellberg.