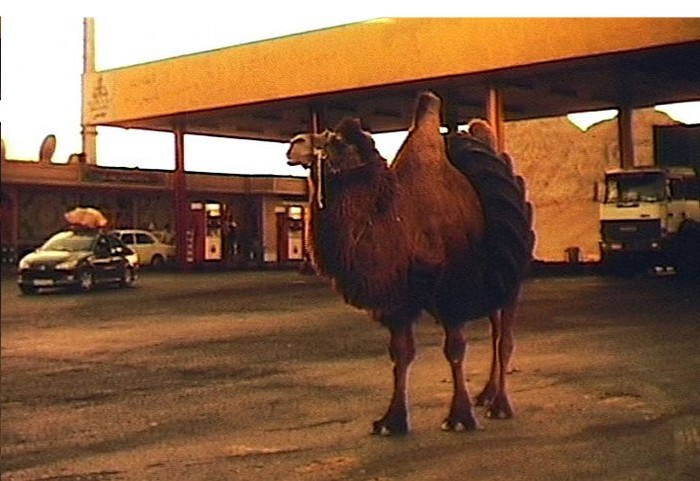 Lisson Gallery will present an exhibition by collaborative artists, Jennifer Allora (b.1974, USA) and Guillermo Calzadilla (b.1971, Cuba). Based in San Juan, Puerto Rico, Allora & Calzadilla have worked together since 1995, and have established themselves as prominent figures in the international contemporary art scene.

Through sculpture, photography, performance, sound and video, Allora & Calzadilla's works have been informed by questions of mark making, traces, and survival in a way that is simultaneously conceptual, metaphorical, and spatial. Their understanding of the material and the metaphorical as a couple is crucial. For them a material is never simply self-evident in its meaning; it is always marked with histories, cultures, and politics that are at once irreducible to, and inseparable from, the material in question. Another recurrent trope in their work is that of animality, and its unstable relationship to the realm of the human.

Most recently they have created a series of works that explore the interplay between militarism, war and the significance of music, sound, and performance. Two major commissions, Clamor, 2006 and Wake Up, 2007, both employed the genre of war music to stage a musical, bodily and corporeal investigation into the nature of this music in the context of today'sglobal state of war.

Clamor, 2006, consisted of a large sculptural hybrid chamber resembling a bunker, a ruin, a cave, and a sound booth. It was the locus of a live performance event as well as a musical archive that enacted a confrontation between various examples of war music back to the earliest of military encounters. Musicians played various repertories of this form of sonic expression from different geographical territories and historical periods, using these artifacts of human warfare as the raw material and subject of a visual and aural battle whose antagonisms were united in a monstrous montage of war music, somewhere between a symphony and a cacophony.
www.lissongallery.com