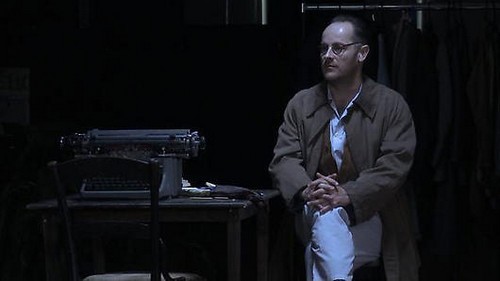 Lisson Gallery is delighted to announce an exhibition of new film and photographic works by Irish artist Gerard Byrne. This will be Byrne's first solo show in the UK for two years.
Gerard Byrne's work exploits the ambiguities inherent in historicising the legacy of cultural forms including theatre, photography and magazines, all of which have traditionally been accorded the role of representing society to itself. His work blurs the boundaries between reality and theatre, spectator and spectacle and past and present. Works on show will include video installation An Exercise in Questions and Answers , 2008, in which the artist presents footage of an acting exercise based on transcripts of interviews with war criminals.
The artist recently represented Ireland at the 2007 Venice Biennale and exhibited at the 2008 Sydney Biennial.
www.lissongallery.com