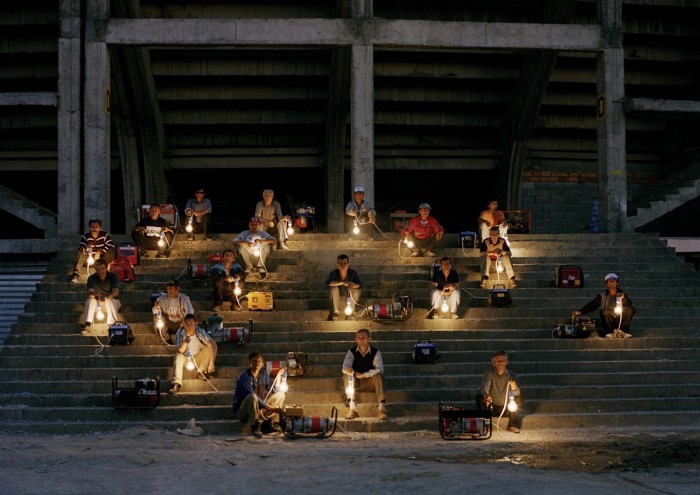 The Storyteller is the first individual Warsaw show by Albania-born and Milan-based Adrian Paci. The exhibition inaugurates with a meeting with the artist organised by lokal_30 at the CCA Ujazdowski Castle in Warsaw. Representative of the transformation generation, Adrian Paci deals mainly with video works, installations and objects. His practice draws on his own biography, often marking a return to Albania, where he carries out many of his works. He concentrates both on personal threads as well as those related to the history, culture, customs and social situation of the country. The exhibition at lokal_30 embraces six video works by Adrian Paci from 1997 – 2007, including “Turn on” shown at Arsenale Venice Biennale 2007. The artist emanates from them as a “storyteller”, whose brief narrations bear testimony to his exceptional sensitivity and the ability to discern hidden meanings in ordinary events, activities, customs, which his works bestow with a more profound dimension.
Project realised in co-operation of lokal_30 with the CCA Ujazdowski Castle and the Italian Institute in Warsaw.
www.lokal30.pl