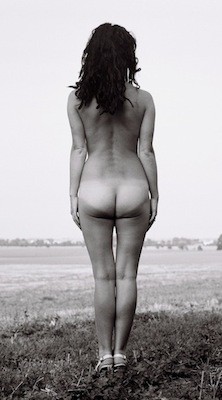 Natalia LL is a living legend of the Polish avant-garde. In the 1960s and 70s she pioneered Polish performance art, experimental film and installation work, while also making important contributions to sculpture and photography. In 1970, together with Andrzej Lachowicz, Zbigniew Dlubak and Antoni Dzieduszycki, she established the influential art group and gallery “Permafo”. By the mid 1970s she was acclaimed internationally as an important voice in the emerging feminist critique of art. Her work “Consumer art” (1972) became an emblem of this new questioning of male-centred norms. It was seen on posters of Frauen Kunst- Neue Tendenzen in Innsbruck in 1975, and even made the cover of FlashArt. Even while being based behind the Iron Curtain, Natalia LL’s striking creative contribution led to her being invited to participate in many art exhibitions and conferences in the West.


This new exhibition, at lokal_30, aims to change the perception of Nataila LL as the author of just one major work: her justly renowned Consumer Art. Many myths attach to it, and many words have been written about it. Both have brought her to the attention of the international art scene. But this fame has focused attention on just one short period of her activity, marginalising her earlier, equally interesting achievements.


Many feminist interpretations of Natalia LL’s works see her emphasis on sexuality and eroticism as a defiant criticism of patriarchal social and cultural norms. Her works from the 1960s address the issue of forming women’s identity in opposition to the prevailing tradition. The photographs and recordings of the sexual act which make up the “Intimate Sphere” (1969) series are the result of her fascination with sensuality and the potential of human sexuality. They can be seen as a statement of exhibitionist bravery, breaking with the social conventions of Polish society during the turn of the 1960s and 70s, and at the same time as the banner of a social revolution happening at the time. They were also a knowing provocation against the ubiquitous censorship of totalitarianism. As a woman aware of the power of her sexuality, beauty, and youth bestow, Natalia LL turns these forces around to undermine social conventions; ultimately introducing her own body into the artwork, analysing her subjectivity and feeling forwards to the very limits of what an image can show.


During the exhibition there will be screenings of the film “America Is Not Ready For This”, by Karol Radziszewski. It details the film-maker’s search for Natalia LL’s presence in New York in 1977, where she travelled on a Kosciuszko Foundation stipend, and where she came across the leading artists of that time. Radziszewski interviews many artists who remember Natalia LL from her time in New York. The film is both a personal recollection of Natalia LL and a wider study of the developing Polish art scene of the 1970s.

A book introducing new opinions on Natalia LL’s oeuvre will be published in autumn 2013. It will include articles by Krzysztof Pijarski, Kazimiera Szczuka and more.
www.lokal30.pl