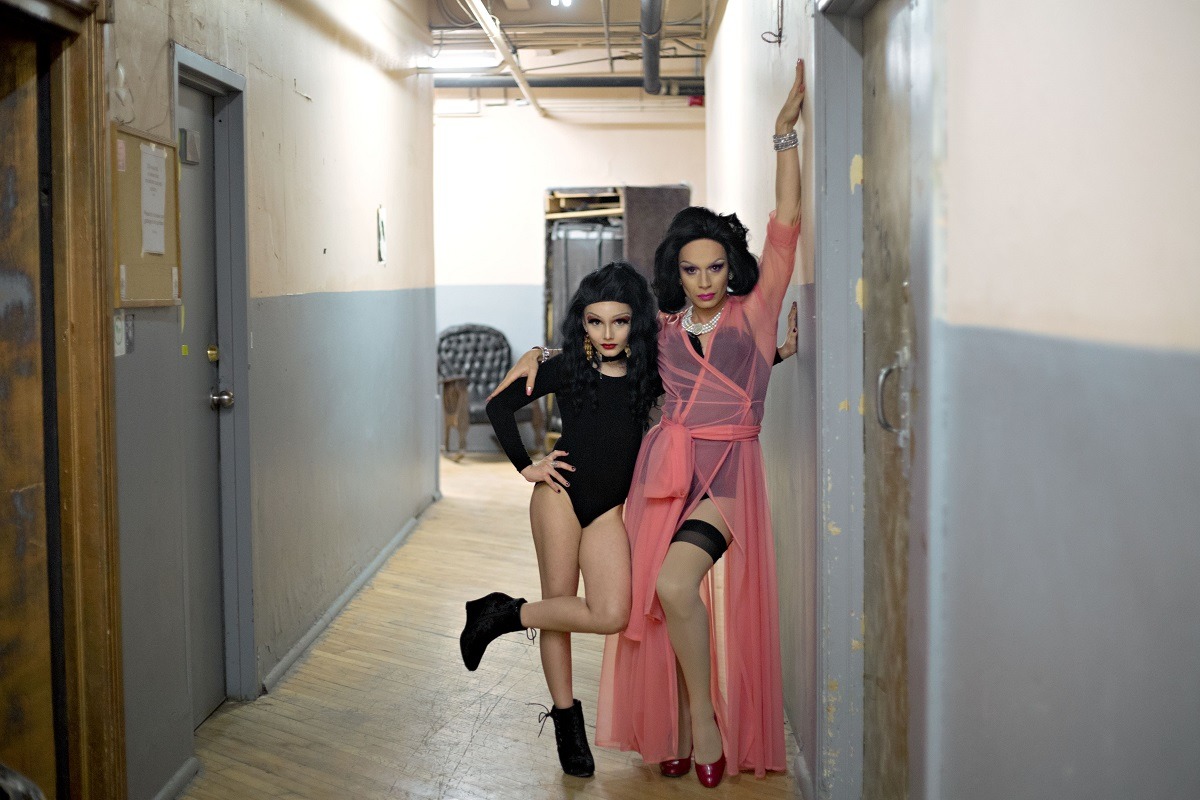 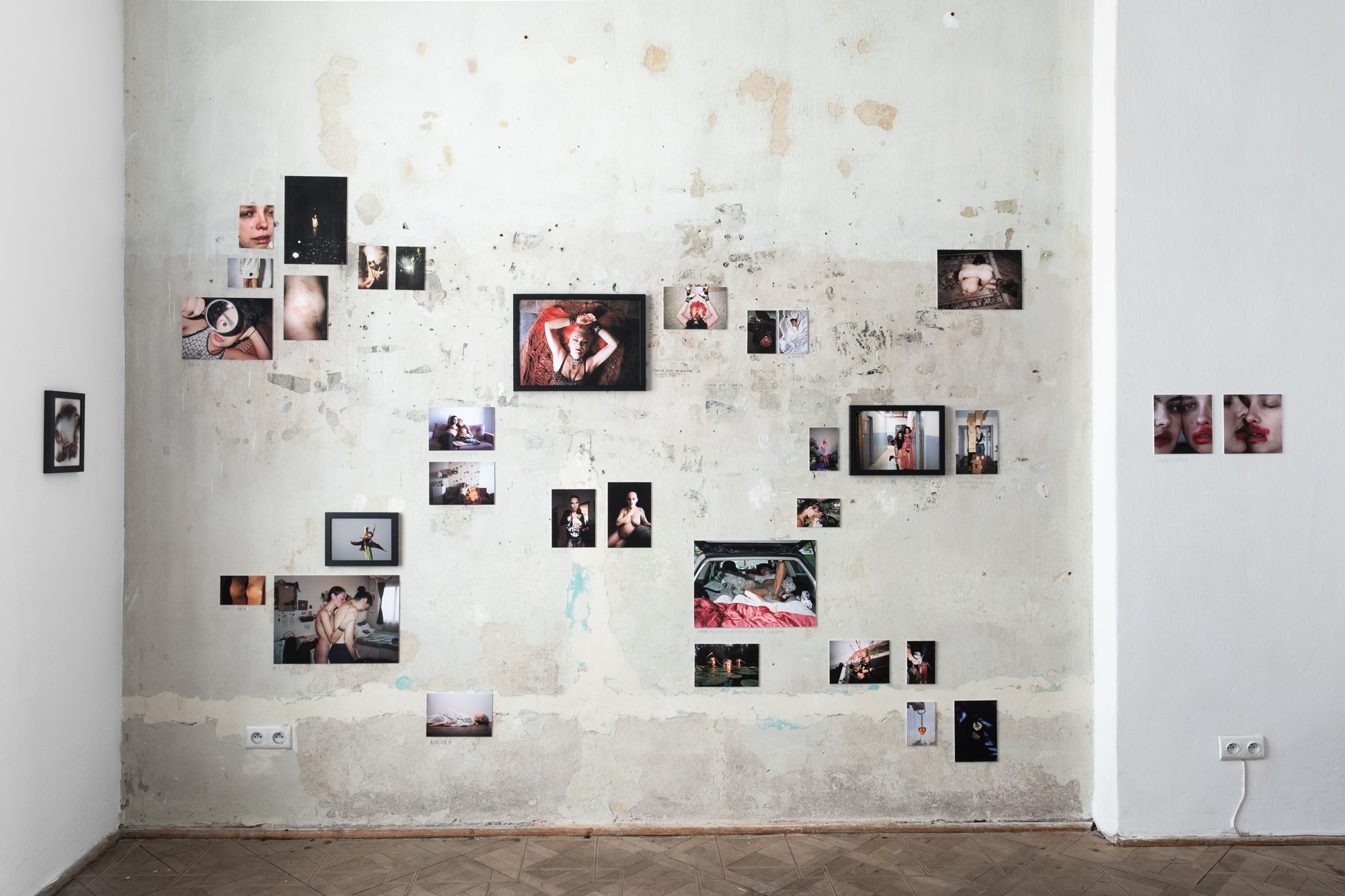 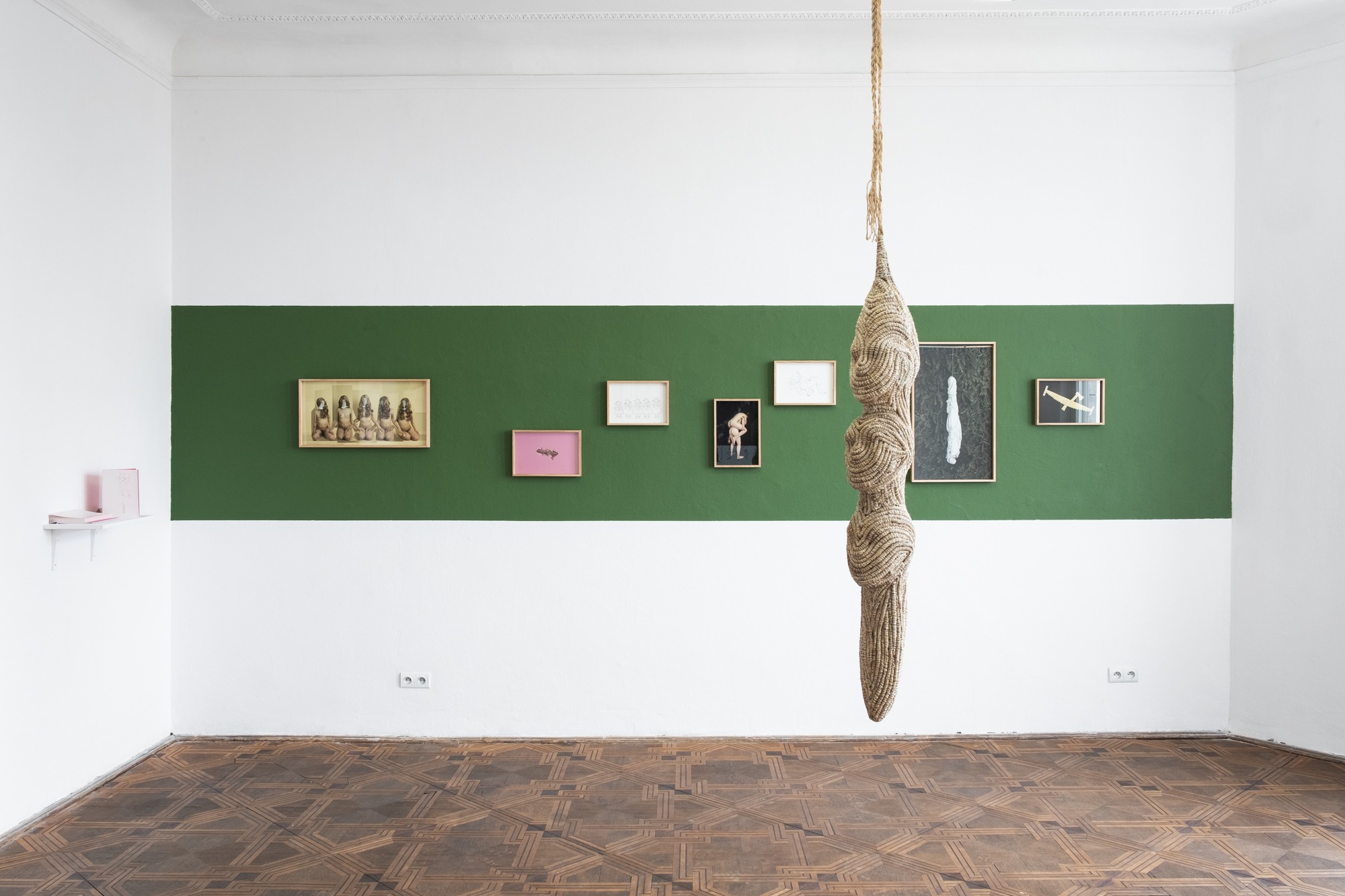 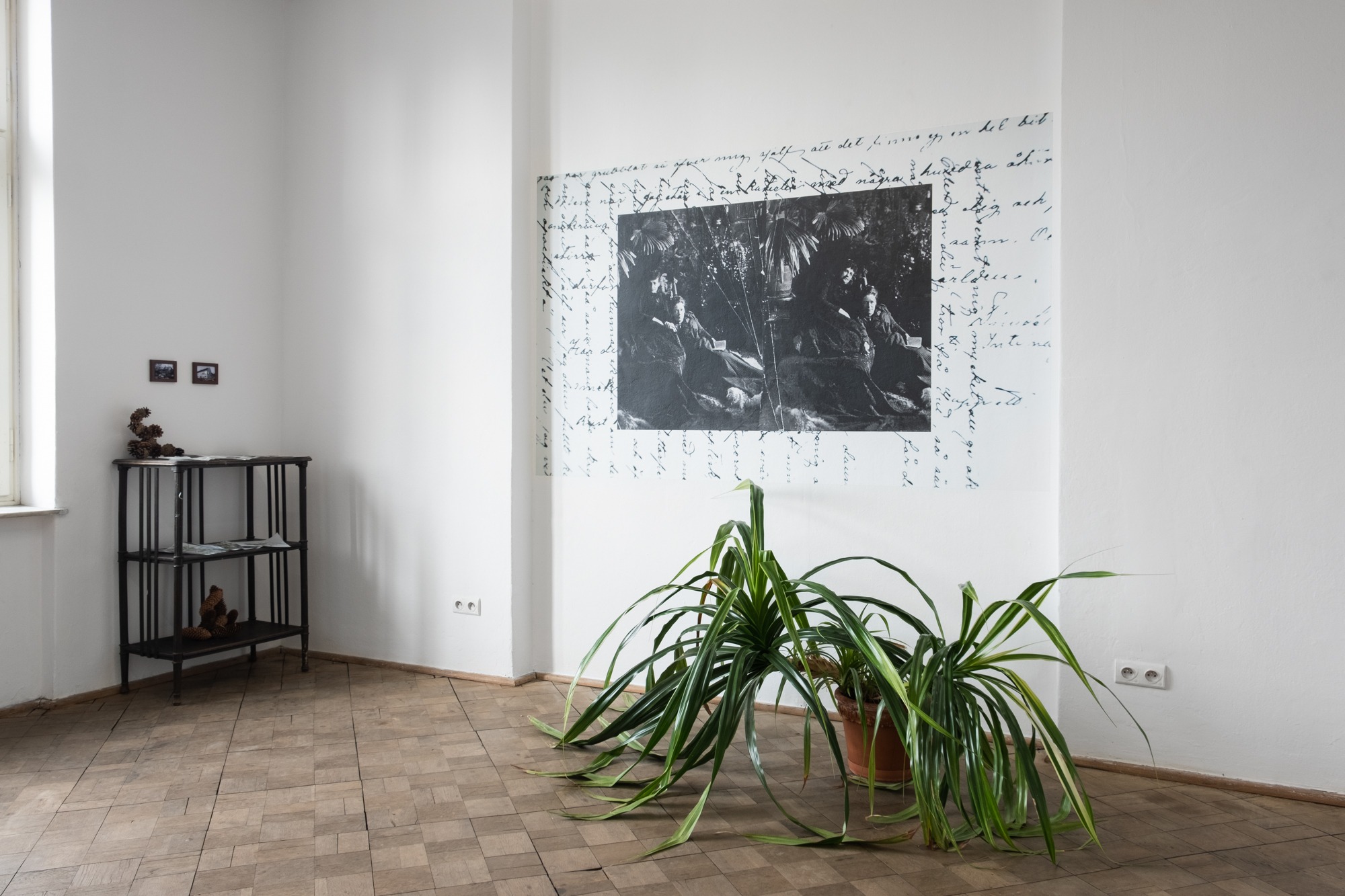 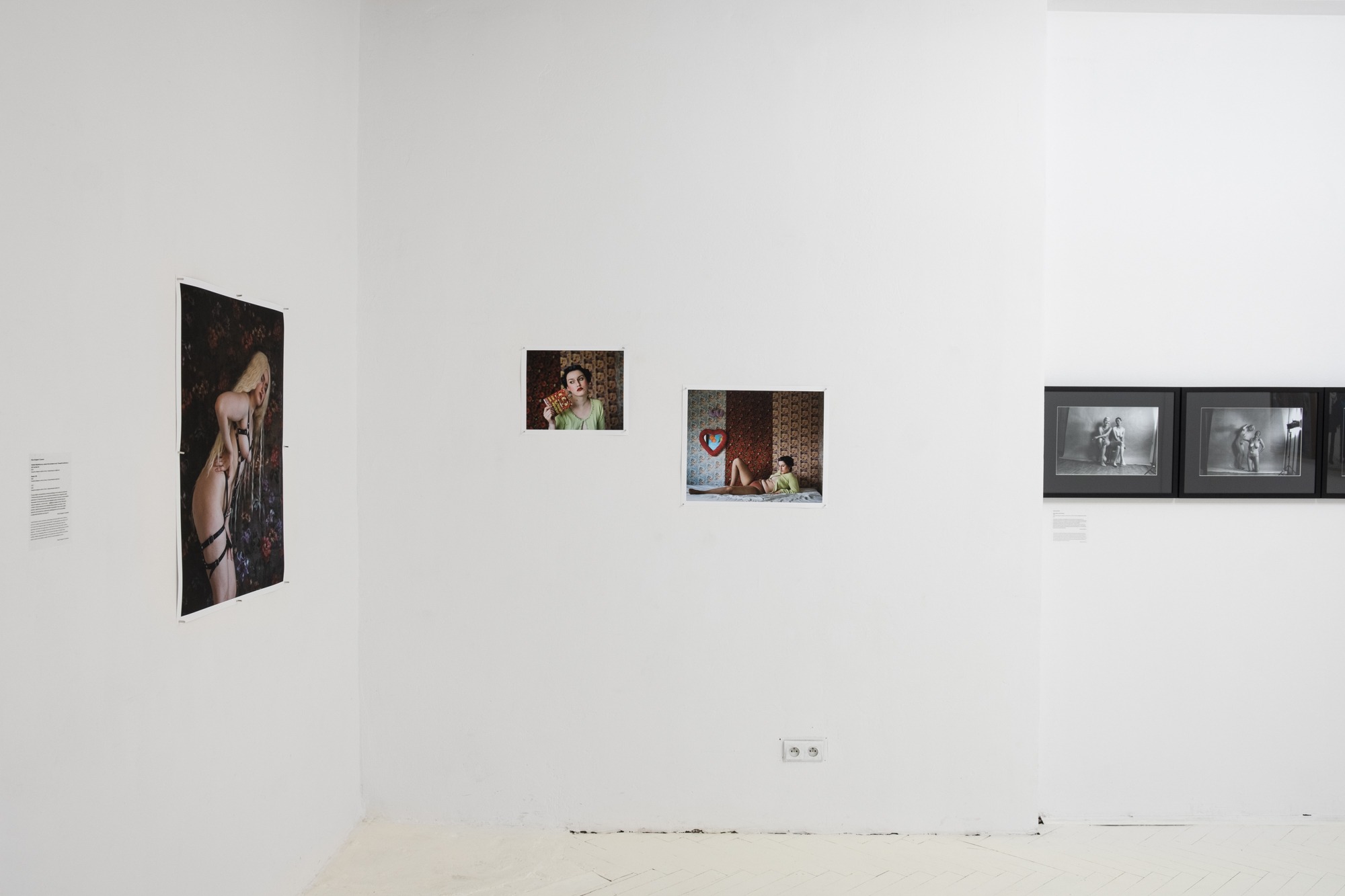 Poganki | Heathens, group show, exhibition view, lokal_30 gallery, Warsaw, 2021
Having graduated years ago from Narcyza Żmichowska High School in Warsaw, I have now returned to the school’s patroness figure. Back then, I considered her a “spinster” with a penchant for the French language and work for the sake of girls’ education, engaged in the cause of the country’s independence. That biography did not appear particularly appealing to me as a teenager. Now that I am older, I’m discovering Narcyza’s different face – a writer whom I would now call an activist, who gathered around her a circle of women, the first feminists, called the Enthusiasts or “Radownice”, authors of the term posiestrzenie (“sisterhood”), which stood for female collective action, empathy, but also emotional relationships. It was that Żmichowska who wrote to her companions letters full of passion, tenderness and engagement. It was that Zmichowska who became filled with deep sadness after the end of her relationship with Paulina Zbyszewska, who had previously written to her: “Listen Narcyssa, your Mother, had she been alive, would execrate your love – or else sorrowfully bemoan our relationship...”. Finally, it was that Żmichowska who ultimately chose to publish The Heathen, her romantic novel, whose protagonist, Beniamin, is in fact the author herself. Gabryella (her nom de plume) was an ambiguous figure, and quite eccentric considering the reality of the mid-19th century: she smoked cigars, did horse riding and defied the rigid rules that expected a woman to marry and lead the respectable life of a wife and a mother. A promoter of women’s intellectual and personal development, Żmichowska was also an engaged conspirator, which cost her two years of imprisonment and another three under police supervision.

One of the figures who wrote about her work and life was Tadeusz Boy-Żeleński, whose mother, Wanda Grabowska, belonged to the Enthusiasts’ circle as a young woman. His writings paint a picture of Gabryella as a person who sought passion, but was also able to offer passion herself. Full of care for her companions, for whom she was a mother, a sister and a partner in one. The circle formed by Żmichowska brings to mind thassos, the group of young creative women revolving around the poetess Sappho in the 6th century BC on the island of Lesbos.

The exhibition is directly inspired by The Heathen, considered the first Polish novel to address love and passion between women. Boy-Żeleński wrote: “sisterhood, that most perfect form of friendship, could lead to genuine love tragedies – and powerfully impregnate souls with suffering. Because The Heathen comes into being one year after those incidents.” The “incidents” in question refer to the relationship with Paulina Zbyszewska, and its eventual end. The exhibition features Żmichowska’s portrait by Liliana Piskorska (Zeic), who turned the writer into one of the main characters in her project Sourcebook, devoted to the first Polish feminists, who formed romantic, sisterly or friendly relationships with other women.

While Liliana Piskorska (Zeic) evokes Polish female writers from the 19th and the early 20th centuries in Sourcebook, Marta Bogdańska, inspired by the figure of Selma Lagerlöf, addresses the queer roots of world literature. The romantic relationships of the Swedish Nobel Prize laureate emerged from obscurity only in the 1990s, fifty years after her death (according to her own will), but are still not common knowledge in liberal Sweden today. Also erased or glossed over in silence are the real herstories of Maria Konopnicka, Maria Rodziewiczówna and Narcyza Żmichowska. Boy-Żeleński described Gabryella’s relations with the Enthusiasts as strong emotional ties, but also deep friendship, while the husband of one of them would compain to his wife: “Because when you’ve given so much love to your female friends, you’ve got none left for your husbands.”

The relationships addressed in the exhibition are not always downright romantic. Close ties between women, mutual understanding and empathy have a long history and manifest themselves in women’s circles reactivated today, among other phenomena. Such connection is the topic of Katarzyna Górna’s photographic series Kasie-Threads (Kasie-niteczki), created with Katarzyna Kozyra while the artist was still a student in the 1990s. Mutual care and tenderness is addressed in the work of Karolina Sobel, the artist behind the large-scale photographs on fabric from the series If You Are Ok, I Am Ok.

An imaginary queer community also features in Katarzyna Perlak’s film Niolam ja se kochaneczke, where women in traditional folk attires and decorative balaclavas sing regional songs, recite poems and quote old proverbs. The artist seeks to introduce motifs of female non-heteronormativity in traditional folk culture. A modern-day queer community can be seen in photographs and videos by Kinga Michalska, who lives in Canada. Their works offer an intimate insight into the life of her community formed of queer, trans, non-binary and intersex folks, and drag queens, who spend their lives surrounding each other with love and care, giving birth to children and bringing them up, engaging in rituals of the everyday.

The show also features works by artists who explore the presence of non-heteronormative couples in public space: Karolina Breguła in her famous series Let Them See Us (Niech nas zobaczą) and Aleka Polis in her short video works that portray her walk around Warsaw in the company of her female partner. Their being together, and the exhibition as a whole, can be summarised with the following quote from letters exchanged between the Russian poetess Sophia Parnok and Nina Vedeneyeva: “Let’s be happy come what may.”