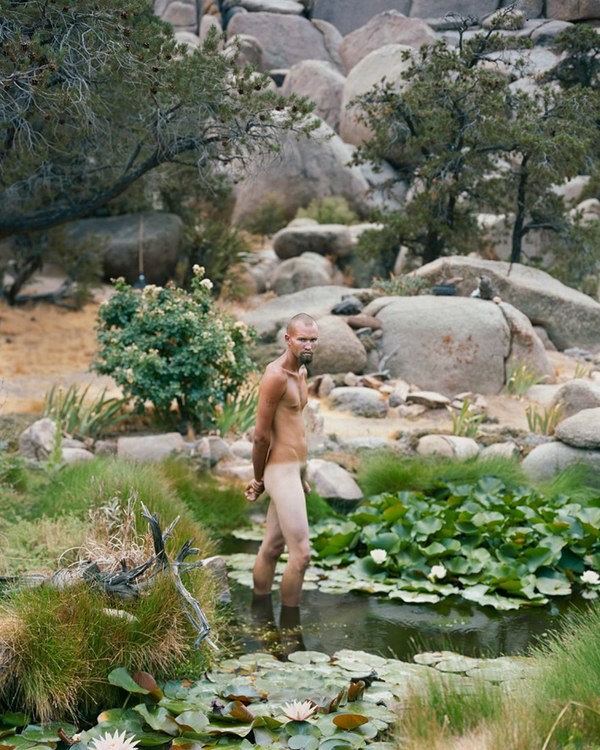 “Since you’re reading this, I’m guessing you’re a broken man,” begins the textually and photographically fragmented book, Broken Manual, by Lester B. Morrison (text) and Alec Soth (photography.) “In one life you haul yourself out of bed each day,” continues Morrison, “in the other life you DREAM... the essence of your dream is this: You crave ESCAPE”.

Beginning on June 10th Loock Gallery proudly presents the first abroad exhibition of American photographer Alec Soth’s recent series Broken Manual. A series within which Soth wanders deep into the hidden pockets of society in order to examine the lives of men who fled, hid, or are eternally fleeing from the oppressive routines, categorizations, and obligations of society.

Soth enters this world of broken men as if he were a broken wanderer himself. His subjects exhibit an astonishing lack of humility, as if unperturbed by the photographer’s presence, seldom glancing upon the camera as if it were a plastic bag blown in the wind. Like a shattered mirror thrown into a world of broken men, Soth’s seemingly haphazard photographs reflect the misunderstood in a nonconsecutive narrative: a broken down bus; mushrooms; a pocket pussy; and a stack of VHS recordings sloppily adorned with the writing of permanent markers, “Alone in the Wilderness, WACO-Rules of Engagement, (and) Avoiding Armageddon.” It is as if Soth’s camera is entirely objective. His photographs strive only to reproduce the world of the Broken, but never to critique it. A wandering monk, clothed in black, is dwarfed by the vertical repetition of leafless trees and is in essence swallowed by the forest. A nude man with a swastika stenciled upon his arm is encircled by green vegetation; whilst standing in a small pond, he is literally submerged within nature. These men were not born from nature or raised by wolves. They are inextricably linked to the society from which they are fleeing as revealed by the black garments of the monk and the swastika of the nude man. Framing these men as if engulfed by their natural surroundings, Soth strips them bare of their societal rights and wrongs, differences and similarities, framing them everlastingly in a habitat of escape.

Alec Soth creates with his series Broken Manual a world without departure points or destinations. The reasons for retreat are varied and irrelevant. As if leaping into a void, this series captures the ideological sensation associated with escape, somewhere between the jump and the fall, here and there, action and reaction. Soth’s world of Broken Manual exists in that fraction of time before the second hand snaps, eternally floating in the silent state of being.
www.loock.info