To the Night Planet 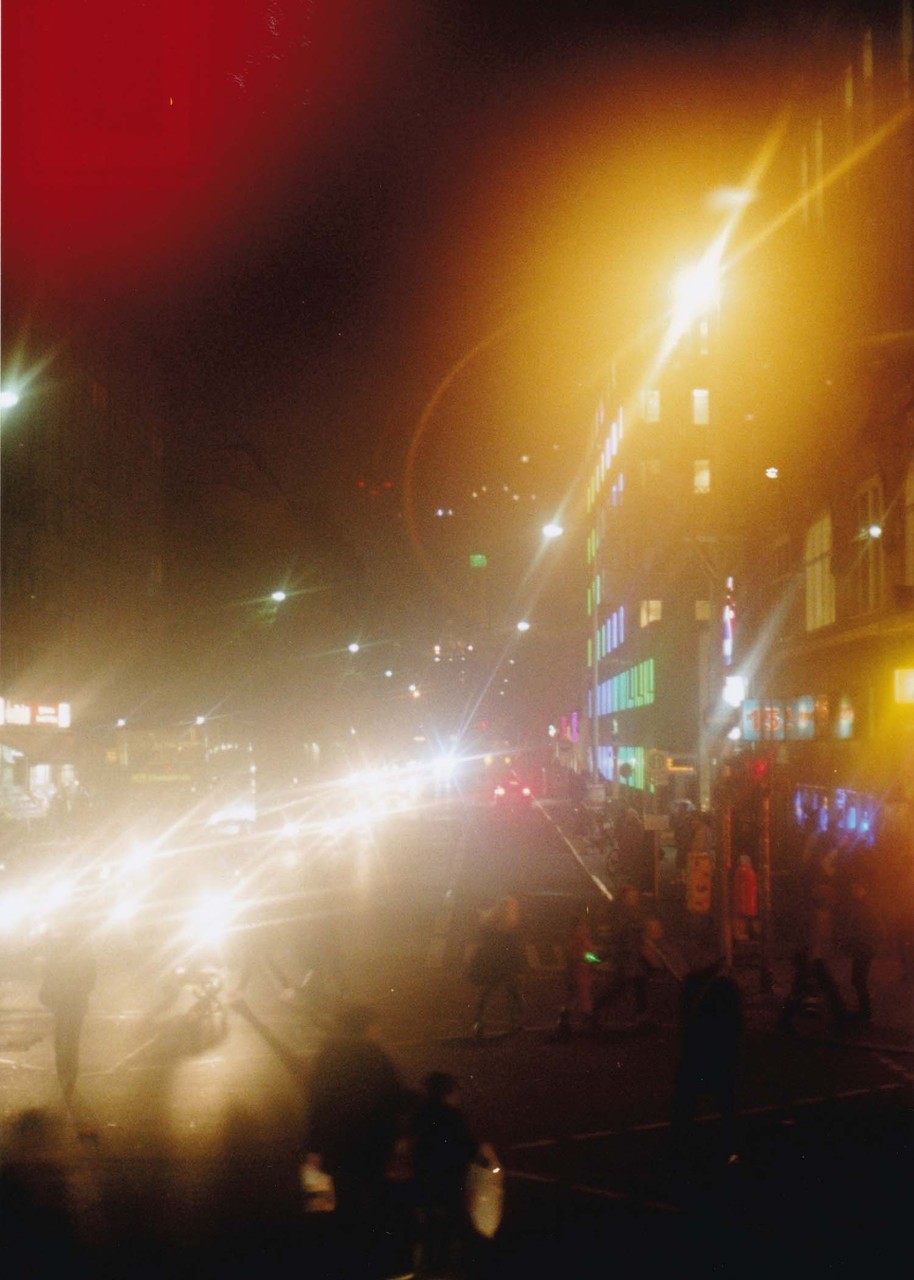 NOGUCHI ́s matter is the light, which she explores in two dif ferent manners: either she focuses on the source of light itself or it is the object that the light falls upon, it is the indirect light that fascinates her. The world unfolding between these two points of view is defined by geometrical compositions and poetic variations of color. An austere conceptual work gives rise to photography that seems almost painterly. It depicts the big city in the light of the night: glaring headlights and streetlights indirectly illuminate the urban landscapes of buildings, in the darkness visible only through their light sources. Sensitively, NOGUCHI utilizes photographic techniques such as crossfade, over-exposure and soft focus.

A video shot at the same time will be shown to accompany the show. Seen from the moving double-decker bus, the night lights resemble stars and thus lend the exhibition its title. The moving image suggests the impression of a far away galaxy. Chance nighttime encounters become poetry.

NOGUCHI Rika (*1971 in Saitama, Japan) lives and works in Berlin. She graduated from the Department of Photography, College of Art, at the Nihon University (Tokyo). Furthermore she stayed in New York with a fellowship from the Asian Cultural Council and in Amsterdam as a guest artist at Rijksakademie. Solo shows include Izu Photo Museum (Shizuoka), D ́Amelio Terras (New York), Galler y Koyanagi (Tokyo) and Ikon Gallery (Birmingham). She has also participated in numerous group shows such as Sharjah Biennial 8 (Sharjah), 55th Carnegie/International: Life on Mars, Carnegie Museum (Pittsburg), Yokohoma Triennale 2011 (Yokohoma) and will be part of this years Saitama Triennale (Saitama).
Publications of her work include Seeing Birds (P3 art and environment, 2001), The Sun and Light Reaching the Future (Izu Museum, 2009 and 2012) and To the Night Planet (Nohara, 2016).

An exhibition in the frame of the 7 EMOP Berlin - European Month of Photography
www.loock.info