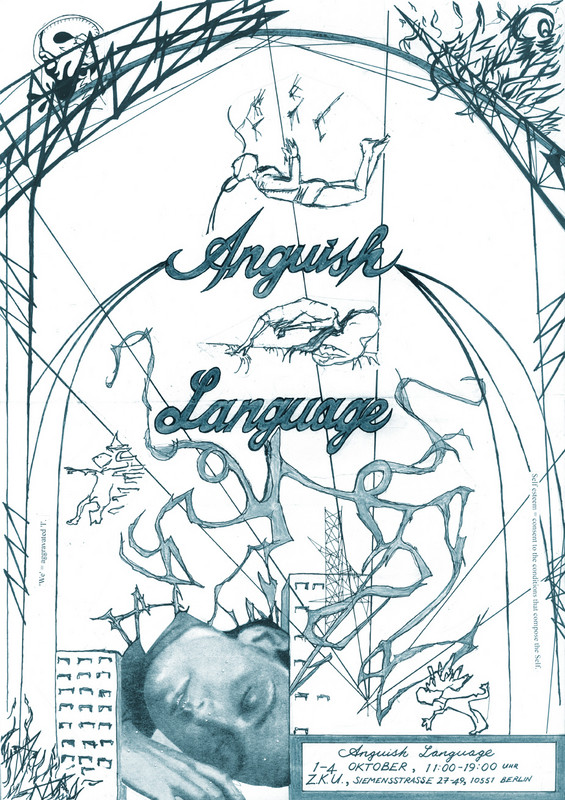 Anguish Language is a project which approaches language as a core aspect of the present social crisis. Participants include musicians, hackers, performance artists, poets, literary scholars, writers and artists. Participants will discuss and construct practices of ‘crisis literature’ through political philosophy, walks, code, poetry, drawing, writing experiments and performance. The results of the symposium will be compiled and edited into a publication to be launched in late 2014.

Developing work presented at the Anguish Language workshop we have asked contributors to submit work related to their presentations and readings. In some cases this consists of texts generated during the workshops themselves, poems and drawings executed in relation to the presented work, essays developing spoken presentations and documentation of performances staged during the week-long workshop.

In May four editors (John Cunningham, Anthony Iles, Marina Vishmidt and Mira Mattar) of the book will meet in Munich at Lothringer 13 Laden to edit and re-work the content of the book together over four intensive working intensive days. This process will produce the finished copy and a number of layout and typographic experiments from which the designer would finally work from in the course of laying out the book.
www.lothringer13.de