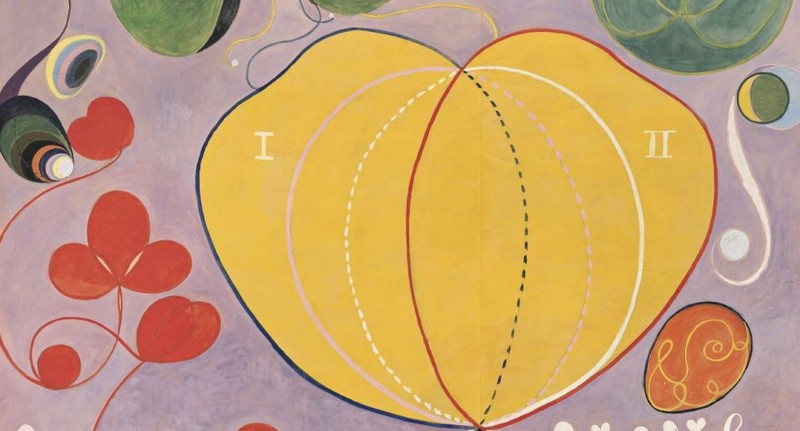 The history of the Swedish artist Hilma af Klint (1862-1944) is fascinating and unknown to most. It is a story of a female artist on the edge of the establishment – like the subjects of the earlier exhibits Women of the Avant-garde in 2012 and Yoko Ono in 2013 – and thus far she has not attracted much attention in art history.

Her extensive work was created in a spiritual space of mysticism and other parapsychology movements – similar to what happened with Kandinsky around 1900. Hilma af Klint links inner experience and symbolism together in innovative and pioneering abstract paintings that were never shown publicly in her lifetime, when she exhibited only her figurative images.

With this exhibition, first shown at the Moderna Museet in Stockholm in the spring of 2013, Hilma af Klint’s artistry attracted much international attention, for example subsequently at the Venice Biennale. It comes to Louisiana after showings at the Hamburger Bahnhof in Berlin and the Picasso Museum in Malaga.
www.louisiana.dk