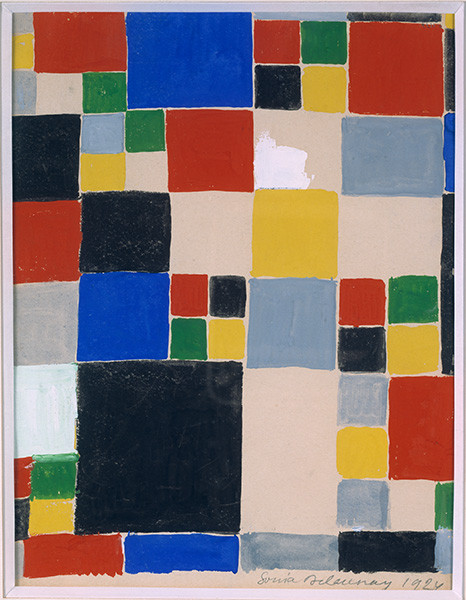 In a study room at the entrance to the South Wing you will find a selection of fine art works on paper, which was donated to Louisiana by Celia Ascher, one of the museum's most loyal supporters over the years. This is an exquisite collection of drawings and gouaches, especially from the early European and Russian Constructivism.

Celia Ascher, former director of the Riklis-McCrory Collection, has been one of the Louisiana Museum’s faithful friends and generous supporters since 1977. At that time a number of museums, including the Louisiana, were offered an opportunity to show the American collection of Constructivist art, the McCrory Collection, then the best overview of this art movement in existence. After the exhibition’s long tour it was decided to divide the large Constructivist collection among three museums: The Museum of Modern Art i New York, The Tel Aviv Museum in Israel and the Louisiana Museum of Modern Art in Denmark, which received around 200 paintings, drawings and sculp-tures as a valuable supplement to the museum’s existing collection.

At the same time, Celia Ascher, who had organized the donation, herself donated a substantial part of her private collection to the Louisiana. Since then, in her own and her husband’s name, she has regularly donated more works, mainly Suprematist and Concrete works on paper, to the museum. A selection from this excellent collection has now been gathered in a study room where visitors can follow one of the most impor-tant art movements of the 20th century from the first decades of the century – with works by the pioneers of Constructivism in Russia, the Bauhaus in Germany and De Stijl in Holland as well as Abstraction-Création i Paris. The more socially critical aspect of the art of the period is represented by satirical drawings by George Grosz.
www.louisiana.dk