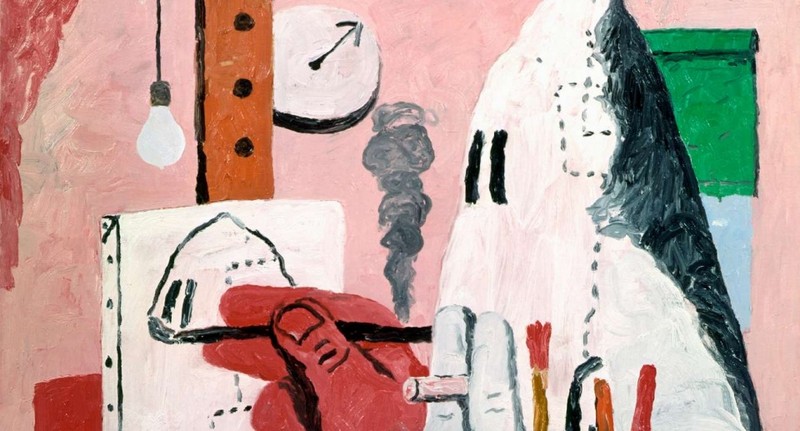 Philip Guston (1913-1980) is one of the most important American painters from the second half of the 20th century. He is the great master of black humour, a painters’ painter with cult status among many younger artists.

Summer 2014 Louisiana Museum of Modern Art, which also showed the exhibition Philip Guston with his works on paper in 2007, showed his late works with a presentation of 86 paintings and drawings.

At the end of the 1940s and throughout the 1950s the American painter Philip Guston (1913-1980) was a highly respected member of the Abstract Expressionist circle of painters in New York. But in his late work – from around 1968 until his death in 1980 – he changed his mode of expression dramatically and entirely abandoned abstraction for a strikingly figurative, almost comic-strip-like visual idiom. Guston thus also became a standard-bearer for the revival of the figurative tradition in American art in the 1970s and 1980s.

The exhibition was organized by Schirn Kunsthalle, Frankfurt in collaboration with Louisiana Museum of Modern Art and Deichtorhallen Hamburg / Sammlung Falckenberg.