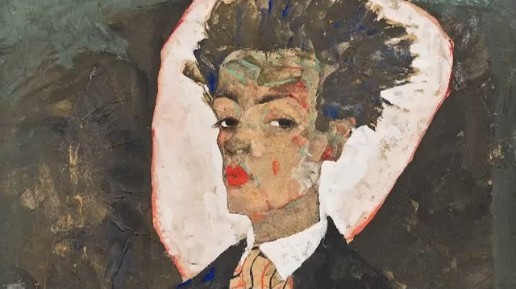 Louisiana’s big Autumn exhibition Self-Portrait focus on the self-portrait as genre through-out the 20th and 21st century, as shown by 150 works by 64 international artists from early modernism till today. How does one represent oneself? And what are the connections between self-portraiture and self-representation? Can a self-portrait be an objective, neutral representation, or should it depict the complex mind, personality and life-conditions of the artist? Can a self-portrait at all portray a person’s composite identity? These are some of the question the exhibition raises, questions that extend beyond the artist’s own universe into the life of the viewer – and this is exactly the source of the fascination exerted by the multiplicity of works shown in the exhibition.

The self-portrait is a classic, well-tried but also intense and almost raw-skinned genre that has involved a wide range of idioms throughout the history of art. The exhibition is showing works from the 20th century and tells the story of the transformations of self-portrayal over time. As a genre the self-portrait has undergone radical developments, and often it results not only in images of the artist’s idea of his or her own identity, but just as much in partial images of our time, of how we see ourselves in general.

The development of the self-portrait
At the beginning of the 20th century the tradition was influenced by Romanticism’s idea of ‘the creative genius’, and the self-portrait was by and large viewed as a representation af the artist’s mental, existential, and social state. But that picture was soon to change – among other things as a result of the burgeoning psycho-analytical theories – and the self-portrait became problematical.

Today's increasing self-reflection is evident in various ways in the work of the artists: the self-portrait has the character of an investigation rather than an image of one true, absolute identity – it is made up of aspects of identity and elements in an ongoing self-creation. Historically, identity has been about one’s origins and affiliations, for example one’s social, family and professional back­ground, but in the modern age, when the portraits of the exhibition have been created, the boundaries have become much more fluid and individual – not to speak of the new social media and networks where identity often emerges as partly constructed and staged.

The 9 categories of the exhibition
The exhibition, which is on show in the South Wing of the Museum, is based on a wide selection of artists, all of whom have worked naturalistically in their oeuvres with the self-portrait as genre. The 150 works in the exhibition are divided into nine categories based on thematic motif rather than chronology.

The Artist in the studio, the first classic group of works, shows e.g. examples of the artist shown with easel, brush and palette – here we see works by Picasso, Gabriele Münter and Marc Chagall, for example.
The category Pioneers shows works by the early modernists, including Edvard Munch, Richard Gerstl and Frida Kahlo, and how they deliberately show themselves such that the gaze becomes pivotal in how the viewer understands the personality.
In the category The Course of life we see both works by artists who paint their life-memories into the work, and works that shed light on the artist through the phases of life, for example Paula Modersohn-Becker, Giorgio de Chirico and Diego Rivera.
Simplification covers the field in which the artists work more abstractly with the self-portrait – although there can be no doubt who they are portraying; this applies to Miró, Jean-Michel Basquiat and Marcel Duchamp amongst others.
In Dissolution the staging of the individual psychology becomes more intense, subtle and original, and faces are shown with sometimes distorted features and with a painting technique where the artist partly dissolves the subject – as in works by among others Francis Bacon, Chuck Close and Chaïm Soutine. Type Cast is rooted in gender, race, social background and political conviction, and here the artist is presented with a kind of message.
In the category Exhibitionism this tendency is intensified in works with strong feminist subjects, for example by the Austrian artist Elke Krystufek, which also involve a dynamic relationship between private life and mass culture.
Mirrors – along with The Artist in the studio – is probably one of the archetypal motifs in the self-representation of the visual artist. In this section we see Helen Chadwick’s work Vanitas II, 1986, which functions as a paraphrase of Baroque painting, just as Nan Goldin’s mirrorings recall older art. Under the heading Irony we show Sarah Lucas’ Self-portrait with Fried Eggs, 1998 – with the eggs placed on each breast – and Kippenberger’s naturalistic self-portrait, Ohne Titel, 1996, of an approximately 40-year-old man whose shadow has a female shape.
www.louisiana.dk