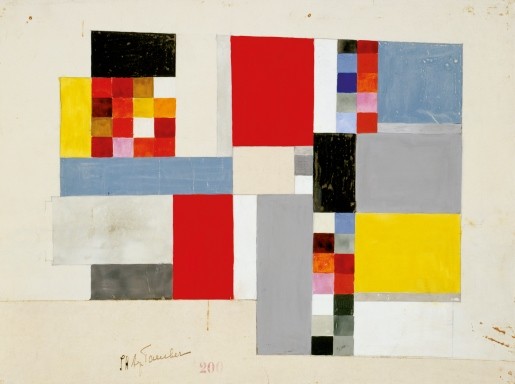 The exhibition Women of the Avant-garde 1920-1940 presents an exciting but hitherto under-illuminated chapter in the history of art to the public. Works by eight of the most prominent women avant-garde artists of the inter-war years, Sophie Taeuber-Arp, Claude Cahun, Sonia Delaunay, Germaine Dulac, Florence Henri, Hannah Höch, Katarzyna Kobro and Dora Maar reveal the story of a network of striking artists who were pioneers and driving forces in the avant-garde movements that flourished in Europe in those years.

The exhibition presents around 200 works of painting, photography, collage, design, film, and sculpture. It shows the various aesthetic movements in the avant-garde of the inter-war years, from Dada through Constructivism to Surrealism, and puts similarities and connections among the eight artists into perspective.

The establishment of networks on the European art scene was of crucial importance at the beginning of the last century – much as it is today – and particularly so for these women artists and their potential for building a career. With the upheavals of the time that were challenging traditional, hidebound, authoritarian social structures, new opportunities arose for the female artists who knew how to be in the right place at the right time – in those years primarily in centres like Berlin, Zürich, Paris, Amsterdam and Warsaw.

The women of the avant-garde took part in redefining art and at the same time they challenged the notion of what women can, may and should do. Unlike the male artists, the women had no historical status in the academies and artists’ groups that were the natural platforms for men in the art world. The women had to make their own way, and independence, openness and mobility are recurring features in all eight biographies.
www.louisiana.dk