Around the world in 86 days 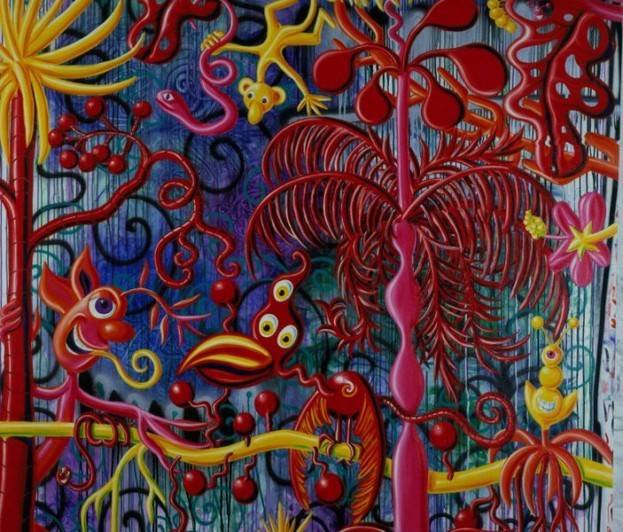 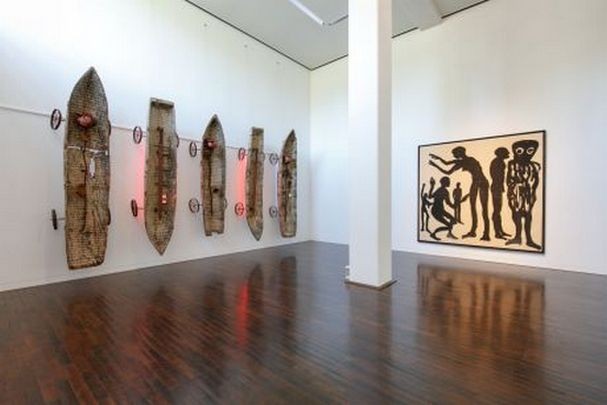 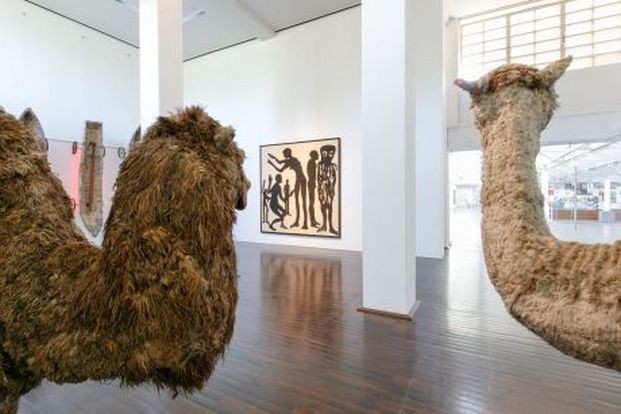 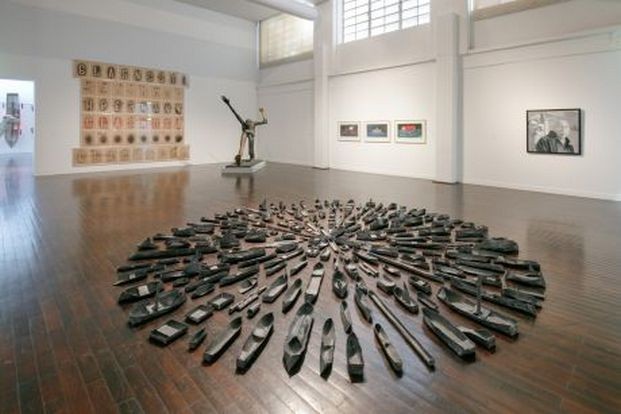 The exhibition collects works from countries across the globe to mark the birthday celebrations. Important landmark works of Pop Art, Hyperrealism, and graffiti as well as exciting pieces by artists from Africa, Europe, the Orient, Latin America, and Asia – these represent the uniquely broad panoramic perspective on art that the Ludwig Forum stands for.

Individual works conjure memories of largescale projects on art from Africa, Cuba, and China. These exhibition projects were pioneer undertakings, of outstanding importance in raising the profile and appreciation of foreign cultural worlds in Europe. They testify to the programmatic direction of the Ludwig Forum: to present and popularize the driving forces behind a global artistic creativity.

Other works – for example Transition by A. R. Penck, Step of the Century by Wolfgang Mattheuer, Sunrise or Sunset by Eric Bulatov, and Many Glasnosts by Dimitry Prigov – represent the programmatic juxtaposition of art from the east and west, which the Forum continually reflected on and presented against the backdrop of the collapse of the decades-long east-west divide in Europe.

Posters and digital photos as well as timeline on the long wall in front of the light tower, listing all the exhibitions since 1991, complete the exhibition.
www.ludwigforum.de