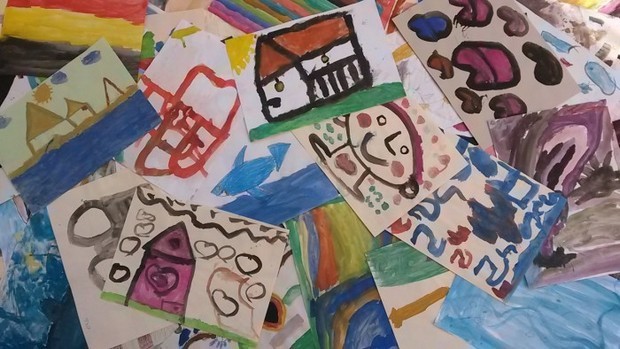 The number of people currently forcibly displaced by war and persecution has surpassed the 60 million mark. Half of them are children. Very few of them reach Europe, even fewer Germany, and hardly any Aachen. They arrive with images imprinted in their minds and souls which every mother and father in Germany would do their utmost to prevent their children from seeing. For us, excruciating, unbearable to see, for them part of everyday life for the first few years of their lives. And while fleeing they were also often caught in life-threatening situations. At the accommodation facility in Aachen’s Körner barracks, the Aachen artist Mohammad Ahmad, who himself fled from the Iraq-Iran War, has been painting with the children since the fall of 2015, depicting with them their sadness and fears but also their hopes and impressions upon finally arriving somewhere. This cultural first aid by the Barockfabrik, a center for children and youth culture, has since developed into the Open Studio, a creative meeting place for all open-minded people in Aachen.