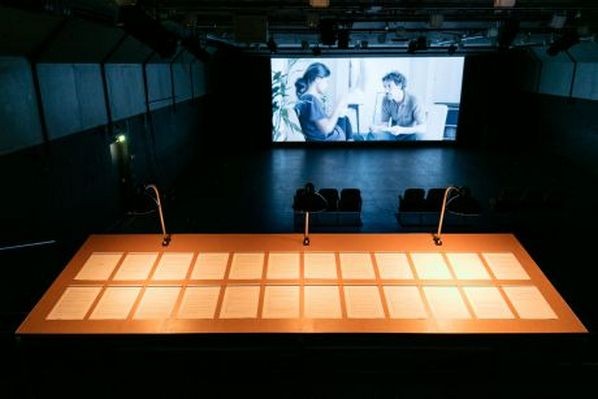 In his films, photographies and installations French artist Eric Baudelaire explores history, its sources, images as well as its modes of representation and perception.
The Ugly One (2013) is at once fiction and documentary – about love, remembering, forgetting, and about Beirut, a city scarred by decades of civil war. The film tells the story of Lili and Michel. Struggling to face their past and present as resistance fighters, they find themselves questioning the meaning, purpose and consequences of militant actions. Their thoughts and conversations circle around a planned – or perhaps already carried out – terrorist attack and the fate of a young girl, onto whom Lili projects her own feelings of guilt. They try to reconstruct a past that also serves as the theoretical construct of a potential future. Baudelaire juxtaposes these scenes with shots of Beirut’s urban landscape, still marked by the scars of conflict.
The Japanese filmmaker and left-wing extremist Masao Adachi, formerly active in Lebanon as member of The Japanese Red Army, wrote the first version of a deliberately impossible script, which Eric Baudelaire recomposed during the shoot. Interwoven with Adachi’s own memories a political narration unfolds, through which the borders between fact and fiction, between times and generations become blurred and at the same time are confronted with one another.

The film is presented as an installation, together with the scripts by Adachi.
www.ludwigforum.de