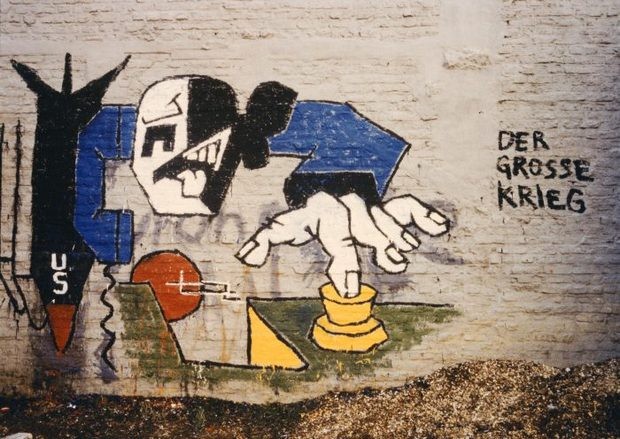 In 1978 the first wall paintings by an anonymous street artist appeared in Aachen. Completed overnight, the political images captivate passersby with their explosive colors and angular-edged figures. Many of them also include textual appeals and warnings on controversial social and political issues. It was in 1989 that Klaus Paier (1945-2009) first acknowledges these “visual screams”, as he calls them, as his own work. During his student years he develops a distinctive visual language along with his friend Josef Stöhr, leaving an impression on the streets of Aachen for many years to come.