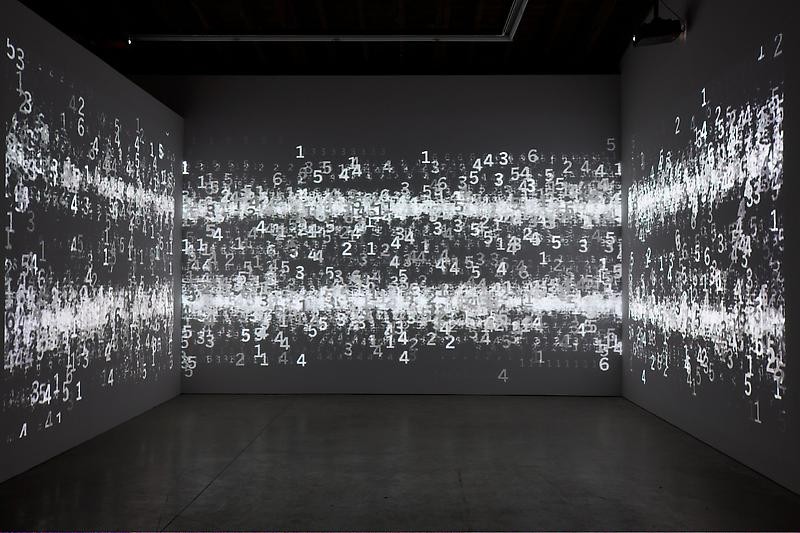 Luhring Augustine is pleased to announce the opening of The Illusion of Democracy, a solo exhibition of the American film and video artist Charles Atlas. This will be the inaugural exhibition at Luhring Augustine’s new space in Bushwick, Brooklyn.

Atlas is a pioneering figure in film and video; for over four decades he has stretched the limits of his medium, forging new territory in a far-reaching range of genres, stylistic approaches, and techniques. Throughout his production, Atlas has consistently been deeply involved in fostering collaborative relationships, working intimately with such significant artists and performers as Leigh Bowery, Michael Clark, Douglas Dunn, Marina Abramovic, Yvonne Rainer, Mika Tajima and the New Humans, Antony and the Johnsons, and most notably Merce Cunningham, with whom he worked closely for a decade from the early 1970s through 1983.

The Illusion of Democracy will include two video installations never before seen in New York, Painting by Numbers, 2011 and Plato’s Alley, 2008. Atlas will also exhibit a new large-scale video work made specifically for this exhibition.

Charles Atlas was born in St. Louis, MO in 1949; he has lived and worked in New York City since the early 1970s. His work has been exhibited domestically and internationally in such institutions as Tate Modern, London; the Museum of Modern Art, New York; the Centre Pompidou, Paris; the Institute of Contemporary Art, Boston; Hamburger Bahnhof – Museum für Gegenwart, Berlin; and the Whitney Museum of American Art, New York. In Summer 2011, the New Museum, New York held a solo exhibition of Atlas’ film, Joints Array. In March 2012, Atlas will have a solo exhibition at the De Hallen, Haarlem and will be included in the 2012 Whitney Biennial. In late 2012, Regency Arts Press Ltd. will publish the first major publication of Atlas’ work.
www.luhringaugustine.com