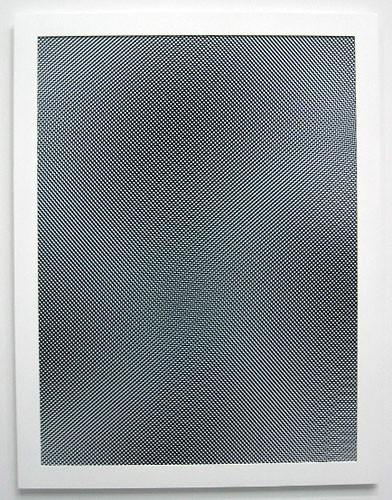 Luhring Augustine is pleased to present an exhibition of five artists working in the mediums of film and photography. These artists create works that are abstract, allegorical and scientific investigations of objects and materials. They are pushing the medium beyond its traditional objective of depictionthereby furthering its formal and expressionist potential.

Initiated in the studio, the imagery depicted in each of these artist's works involves various steps of collection, assembly, tactile manipulation and arrangement before the film or light sensitive paper captures the image. The artists are skilled at professional studio and darkroom techniques and manipulate them for their own aesthetic needs. Conceptually elaborating within the technical confines, each has developed her own rich iconography. Bauhaus and Modernist aesthetics are evoked, as there are strongconnections to Man Ray and Moholy-Nagy. There are also links to artists such as Barbara Kasten, Jan Groover, James Welling and Richard Prince.

Anne Collier's work connects her personal history with a carefully selected appropriation of iconic imagery to create works that are often metaphoric self-portraits. Employing a seemingly neutral or forensic approach to often highly emotive and psychological subjects, she creates a tension between the personal and universal. Collier's practice challenges the photographic claim to capturing reality and purports instead that reality is subjective.

Liz Deschenes' work cultivates a self-reflexive dialogue within the photographic medium itself, while simultaneously reflecting the world at large, utilizing a vocabulary that integrates concept with form. The "subject" of her has often been color and she has explored its significance using minimal forms such as the monochrome and the screen. Certain forms are employed for their mercurial properties such as the mirror-like silver toned black and white photograms of the "Photographs" series and the oscillating distorted pattern of the "Moire" color prints. Through her practice she asserts that the medium is not bound to its legacy of depiction and that a photograph can provide an experience that is temporal, varying and unique.

Amy Granat creates her films by manually scratching, punching holes and in effect, destroying the material. The "destroyed" material gives way for light to pass thru and therefore creates the image and sound that is seen and heard. She is as irreverent when making her photograms, which in this exhibition are incorporated into the installation and act as stationary elements, in contrast with the moving and flickering imagery. Allegorical as well as material, her work recalls any number of cinematic and artistic associations. Regardless of what the work is connected to of the past however, it is re-contextualized and represents an avant-garde very much of today.

Eileen Quinlan's color photographs evoke materiality by using substances that by their very nature suggest immateriality, mirrors, colored lights and smoke. Unmanipulated in the darkroom, or through digital craft, Quinlan's work is fashioned in the studio where she uses light, tone, shadow, reflection and color to create apparently limitless variations and a vocabulary of abstract imagery from these fundamental elements. Her work also calls into question the conventions of reproduction and display in order to destabilize and complicate the status of the object as original, copy or print.

Sara VanDerBeek is both a sculptor and photographer and her experiments with material, light, color lead her to create delicate assemblages that she memorializes on film. References embedded in her images offer meditations not just on the symbolism of the objects depicted, but also on the multifarious physical and cultural connections between them. Her use of the medium addresses its innate ability to achieve the impossible, to stop time and make a fleeting moment last for eternity.
www.luhringaugustine.com