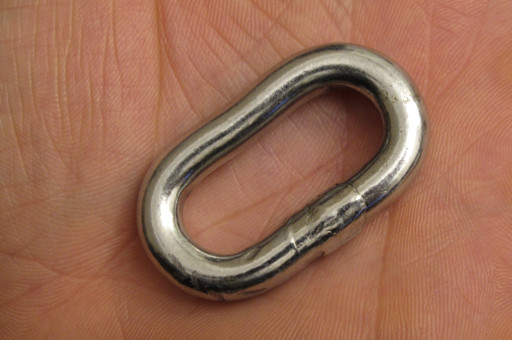 The main room is hosting the first solo show at the gallery by Argentine artist Eduardo T. Basualdo.

The link is an element that functions within a group. Here, outside its chain, without any function and isolated, it illustrates and personifies the state of uncertainty of those who will go through the tests of the installation Testigo [Witness] by Argentine artist Eduardo T. Basualdo. If we think of ourselves as links in a larger chain, we understand that the only way to see it is by being outside of it.

Conceived especially for the main room of Galeria Luisa Strina, Testigo is inspired by the initiation rites of primitive societies and presents a set of seven large-format artworks made up of walls, steel grids and mirrors, which, like a series of tests, is imposed along the extensive room, inviting the spectators to move through it with their bodies in search of transformation, in a process where they stop being protagonists and become witnesses, not only of their own condition but of the circumstances of this specific period in which we are living.