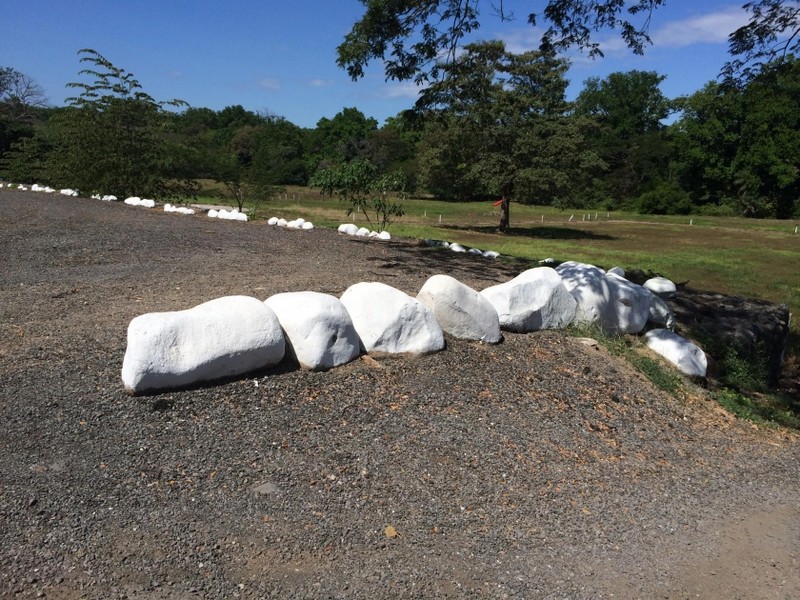 A Federico Herrero painting is a chromatic intervention in the world, from the canvas to the city. At first glance this gentle painting seems to give rise to acts of contemplation. The artist seems to propose a scene that, short of being the sublime, could be a sensorial feast of flashing colors. The color fields are mutually attracted, continuously playing off each other, conjoining or gaining harmonious cohesion. Blues, tones of green, pinks, warm colors exfoliate like layers of energy that shift in space like an epidemic, almost musical dissemination.
Paulo Herkenhoff

Galeria Luisa Strina is pleased to present Federico Herrero’s first solo exhibition. It is composed of a series of previously unseen paintings of various dimensions, a concrete and wooden volume and a large site-specific installation, in which the artist challenges the traditional notion of the exhibition space and transforms the gallery floor into a canvas.

Herrero’s abstract paintings – both the monochromatic and multicolored examples – draw on the North American tradition of Color-Field Painting, as well as Tropicália, particularly in the way they bring life to art and to the setting through interaction with the colors, incorporating the landscape and the quotidian into the art.

The artist makes use of different materials, such as oil paint, acrylic, marker pens, feathers and spray in a single work.

Federico borrows from paintings left by others in the streets and incorporates them into his visual vocabulary under the name of “telepathic paintings”. As a way of giving something back and democratizing his work, he performs interventions in public space, thus partly returning what was found by chance.
Federico’s painting is situated in the urban landscape: the mural on the facade of a building in downtown São Paulo, the columns of a Medellín bridge, painted Tokyo buses, fishing huts in Basel, the bottom of a swimming pool in Havana and the ruins of a wall in Venice.

In 2015 the artist will also exhibit at Unlimited, part of the Basel art fair dedicated to large scale works.
www.galerialuisastrina.com.br