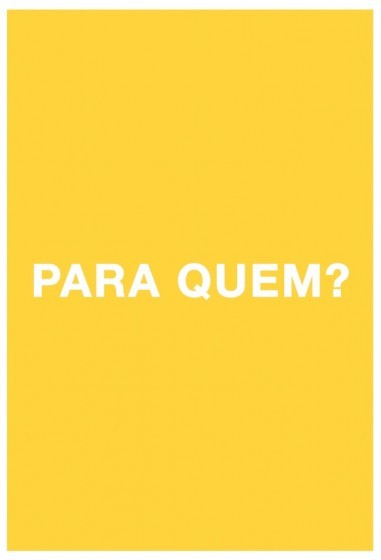 Galeria Luisa Strina is pleased to present ...Baixa A Bola! the seventh solo exhibition by multimedia artist Antoni Muntadas with the gallery. The show takes its name from a football move (to play low) that turned into a popular expression in Brazil, meaning “take it easy” or “don’t take yourself too seriously”. ...Baixa a Bola! will investigate topics such as mass events, control, spectacle, violence, sport and football – themes explored by the artist since the late 1970s. This will be an apt and timely subject matter coinciding with the 2014 World Cup in Brazil.
The exhibition will feature a selection of images and video projections from the 1990s and 2000s, as well as recent unseen printed wall works using archival material such as newspaper headlines and internet images from Brazil and abroad.
Barcelona-born but a longtime New Yorker, Muntadas is considered one of the early and significant practitioners of media and conceptual art. He figures among the first generation of artists exploring the social and political power of mass culture and mass media and works in diverse disciplines spanning photography, video, publications, the Internet, installations and urban interventions. The interaction between citizens and contemporary social and cultural systems are at the core of his research.
...Baixa A Bola! will build on Muntadas’s previous “Stadiums” – an ongoing project since 1989, exploring the stadium from the perspectives of architecture, audience and propaganda. The installations are tailored for the gallery space and the local context, using videos and sounds that denote how politics, security, order and control come together during mass events. The most recent Stadium installation was “Stadium XVIII” presented at the Pinacoteca de São Paulo in 2011.
Born in 1942 in Barcelona, Muntadas has lived and worked in New York since 1971. He started working with Luisa Strina in the late 1970s and is one of the oldest represented artists by the gallery. His work has been exhibited internationally, including the 51st Venice Biennale (Spanish Pavilion), Documenta VI and X in Kassel, and the Sao Paulo, Whitney, Lyon, Gwangju and Istanbul Biennales.
Solo exhibitions include The Museum of Modern Art in New York, the Berkeley Art Museum in California, the Musee d’Art Contemporain de Montreal, the Capc de Bordeaux, France, the Museo de Arte Moderna de Rio de Janeiro in Brazil, and the Museo Nacional Centro de Arte Reina Sofia in Madrid, among other institutions. Muntadas has a long-standing academic career, teaching in universities worldwide.
www.galerialuisastrina.com.br