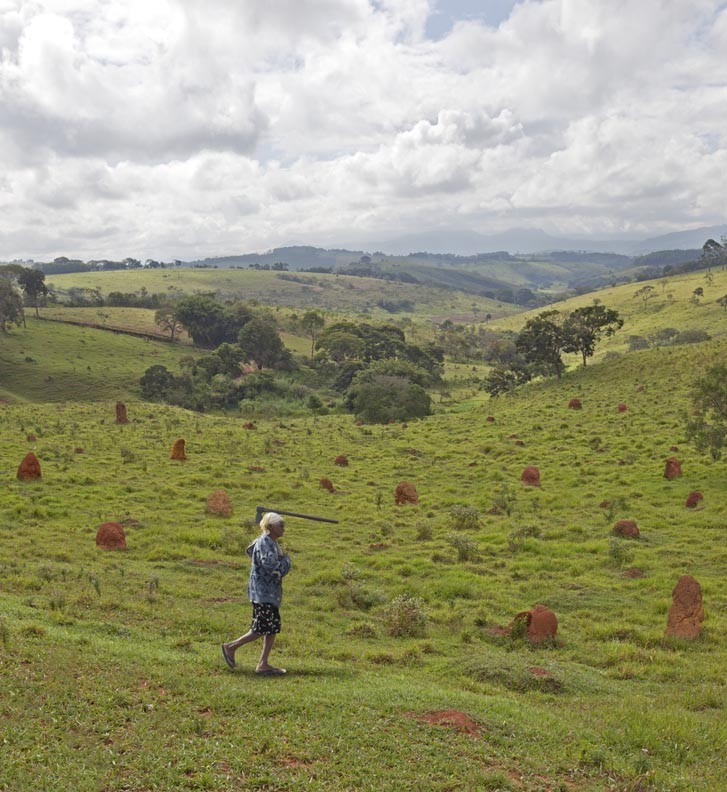 Galeria Luisa Strina is pleased to present the solo show by Pedro Motta.

"Campo Fértil" [Fertile Field] is the title of the second solo show by Pedro Motta at Galeria Luisa Strina, São Paulo. This photo/drawing series is a space of experimentation and reflection on landscapes created by digital manipulations. It represents the artist’s return to drawing, after having chosen photography as a support of his researches begun in 1997.

One of the series featured in the exhibition bears the name "Estatuto da Divisão Territorial" [Statute of Territorial Division], 2012, consisting of 77 images measuring 33 x 33 cm each. They are photos of termite mounds found in the region of Campo das Vertentes, formed by an ecological unbalance and the lack of the insect’s predator. The artist intervenes on these structures (natural sculptures) with graphite drawings of pipes that have no real function, except to create an estrangement and interference in the natural landscape. The proposal presented in this exhibition discusses the relation between nature and human interventions. The immeasurable power of nature is seen as a factor that singularizes the landscape contained in the geographic space – a place of integration and shared living, where representations and images are made to propagate. The work can be understood as a testimony to the contemporary observation of changes and displacements in the natural landscape. The images are thus a way of documenting the transformations that take place before our eyes, even though they are sometimes hidden from the passersby due to the daily routine.