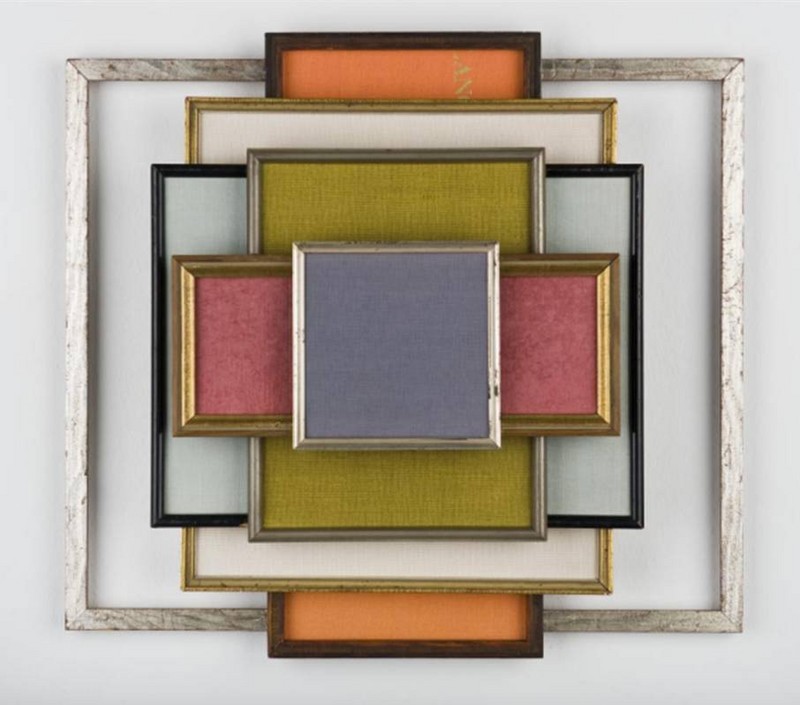 We are delighted to show new works by the German artist Gitte Schäfer (born 1972 in Stuttgart, lives and works in Berlin) in her first exhibition in Zurich. Schäfer studied at the Weißensee Kunsthochschule Berlin under the professors Hanns Schimansky and Katharina Grosse. In the year 2001 she studied at the Chelsea College of Art & Design in London. Since 2002, she has had numerous solo exhibitions in Berlin, Rome and Paris. Her first solo exhibition in a major institution was in 2006 at the FRAC (Fonds Regional d‘Art Contemporain) Bourgogne in Dijon and in the past year she has shown works in the exhibition es in the Kunsthaus Langenthal, Switzerland.
Soon after finishing her studies, Gitte Schäfer emerged with a poetical intentions. She has a unique gift to combine works of different media and to create narratives and allegories within her exhibitions.
In the first room of the gallery the visitor is welcomed by a mural painting, portraying a dead woman, larger-than-life, surrounded by three smaller figures. One of these figures holds a mirror to the deceased‘s mouth to reassure that the woman has surely met her death. Schäfer was inspired for this mural painting by a depiction on the cover of a Lucanian tomb from Paestum, created in 320 B.C. These tombs of the noble deceased were painted with frescoes and closed irrevocably after the sepulture. Schäfer gives prominence to the giant dead woman; now she can even be seen through the shop window from the street.
In the upper left corner of the first room a black shelf has been affixed, on which Schäfer placed lemons. This work, Senga, provides a multitude of different associations as lemons are a recurring theme in art history. The artist refrains from giving any explanations to the work, as she wants the public to draw its own conclusions. Schäfer gives food for thought. Links could be established between these pieces; as in all of Schäfer‘s practice, a variety of interpretations is inherent, which contain both ambiguities and contradictions.
A carpet of stone plates lies on the floor of the central room. Green eggs and pieces of rose salt are positioned between the stone plates. These insertions and openings lend the stone carpet a certain lightness. The materiality, the form and also the title of this work, Abri, open up a range of possible associations. The multicoloured stone plates remind the viewer of tombstone, but also of mosaic. The notion of a stone carpet is an oxymoron in itself: cold stone carpet doesn‘t create the same comfort and cosiness that a carpet should lend to a room. The title Abri alludes to a shelter or a cover but also describes a ledge, which offers protection to animals.
The stone carpet is misaligned with the walls of the gallery. The visitors can walk around it to view the pictures on the walls, where Schäfer incorporates the rigorous, orthogonal order and the colour patterns of the stone carpet and transfers densely these formal correspondences. The collages, produced using mixed media, such as glossy paper, matt paper, book linen and binding nails aim to evoke memories for the viewer. The three assemblages Araty, Bepa and Rosalie render familiar faces; in particular the work Rosalie allows us to think of a mysterious, romantic owl turning her head.Schäfer installs her works in a brilliant, nearly shamanic way, so that they interact with each other. The elaborate yet intuitive placement of each work is pivotal to Schäfer‘s approach. However, the artist does not want to create an exhibition that flows; the cracks and contradictions are as important for her as the correspondences and relations between the works. The public should orientate itself always anew and try to see the invisible.
www.lullinferrari.com