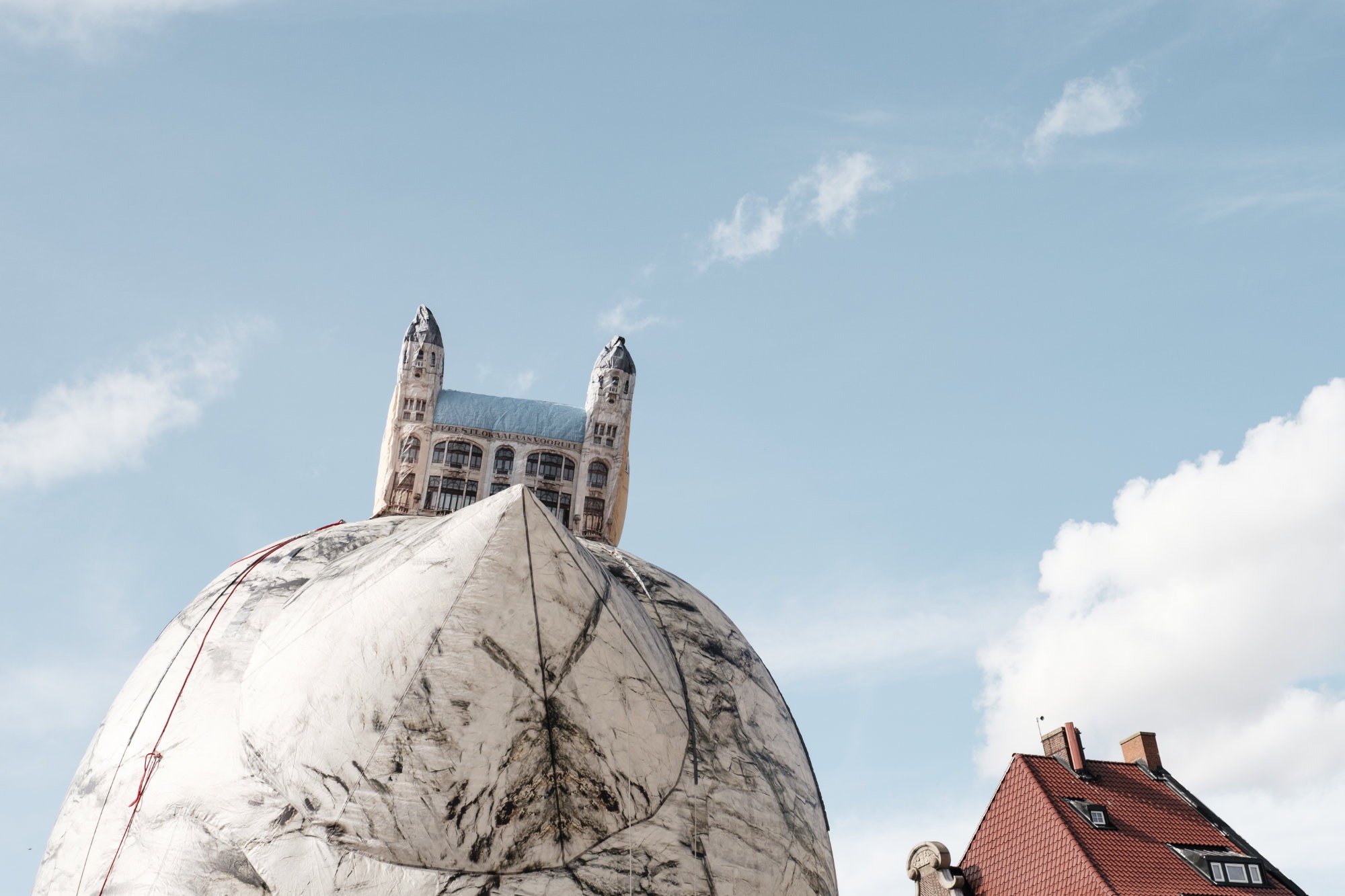 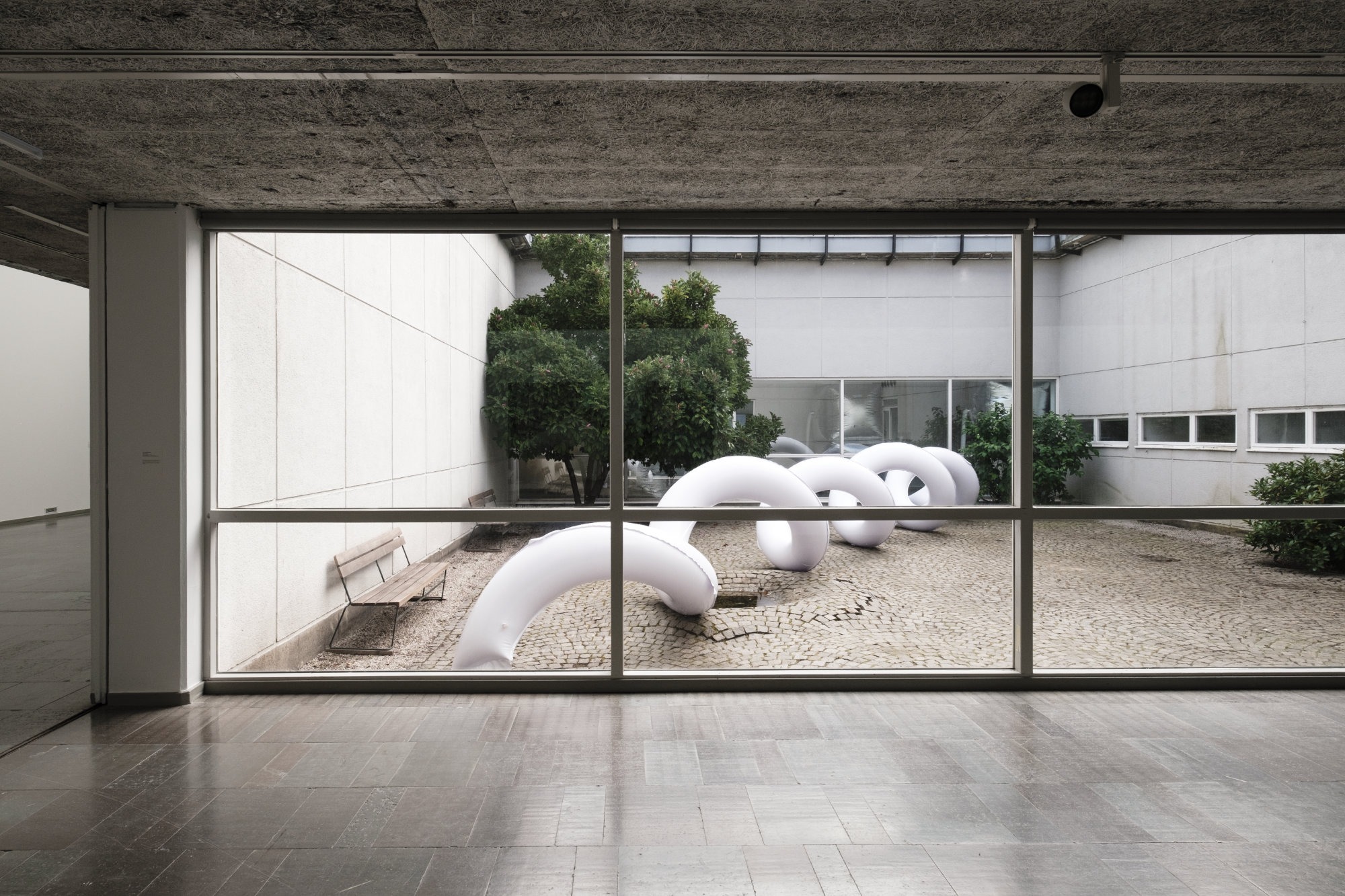 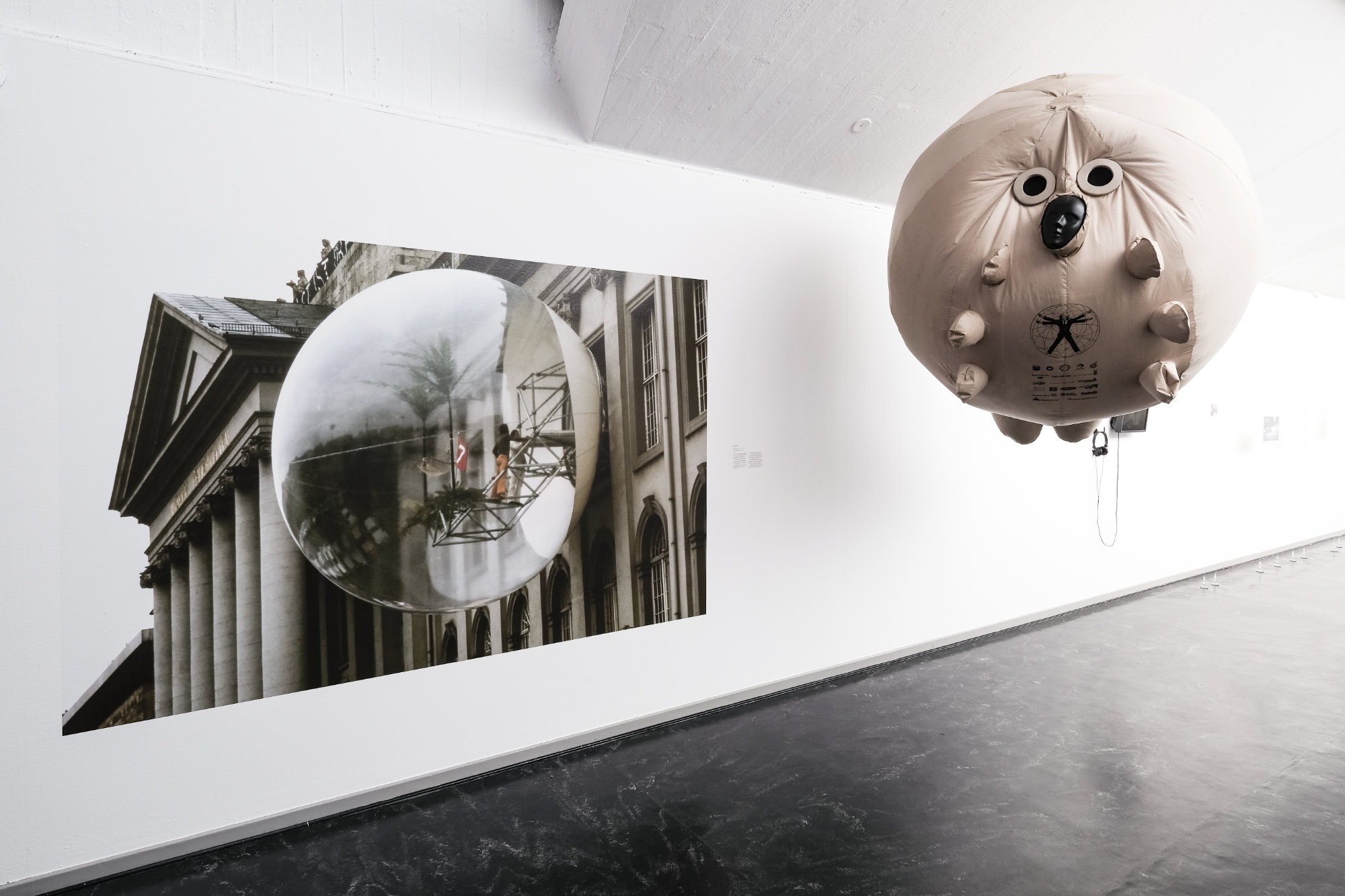 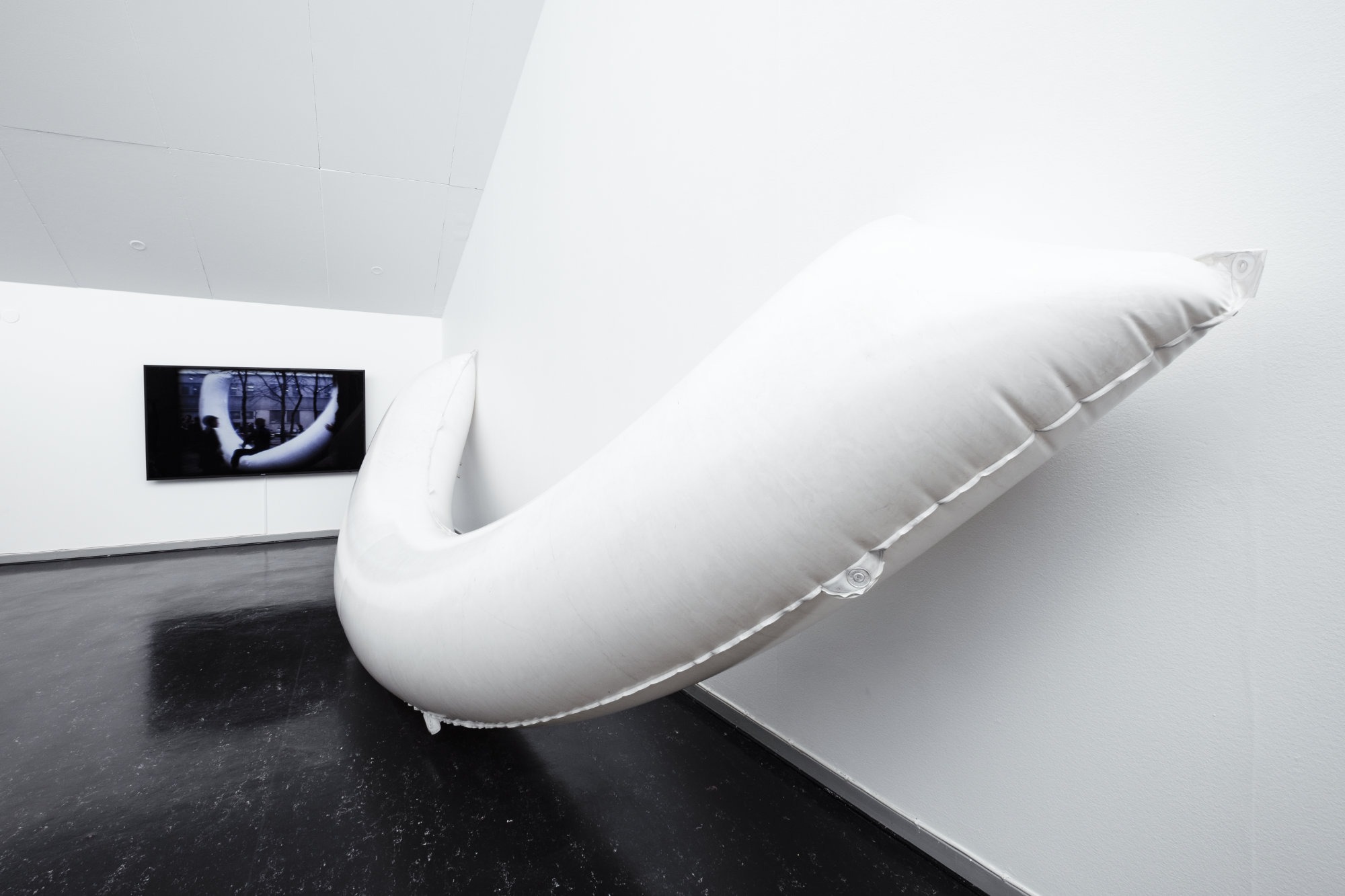 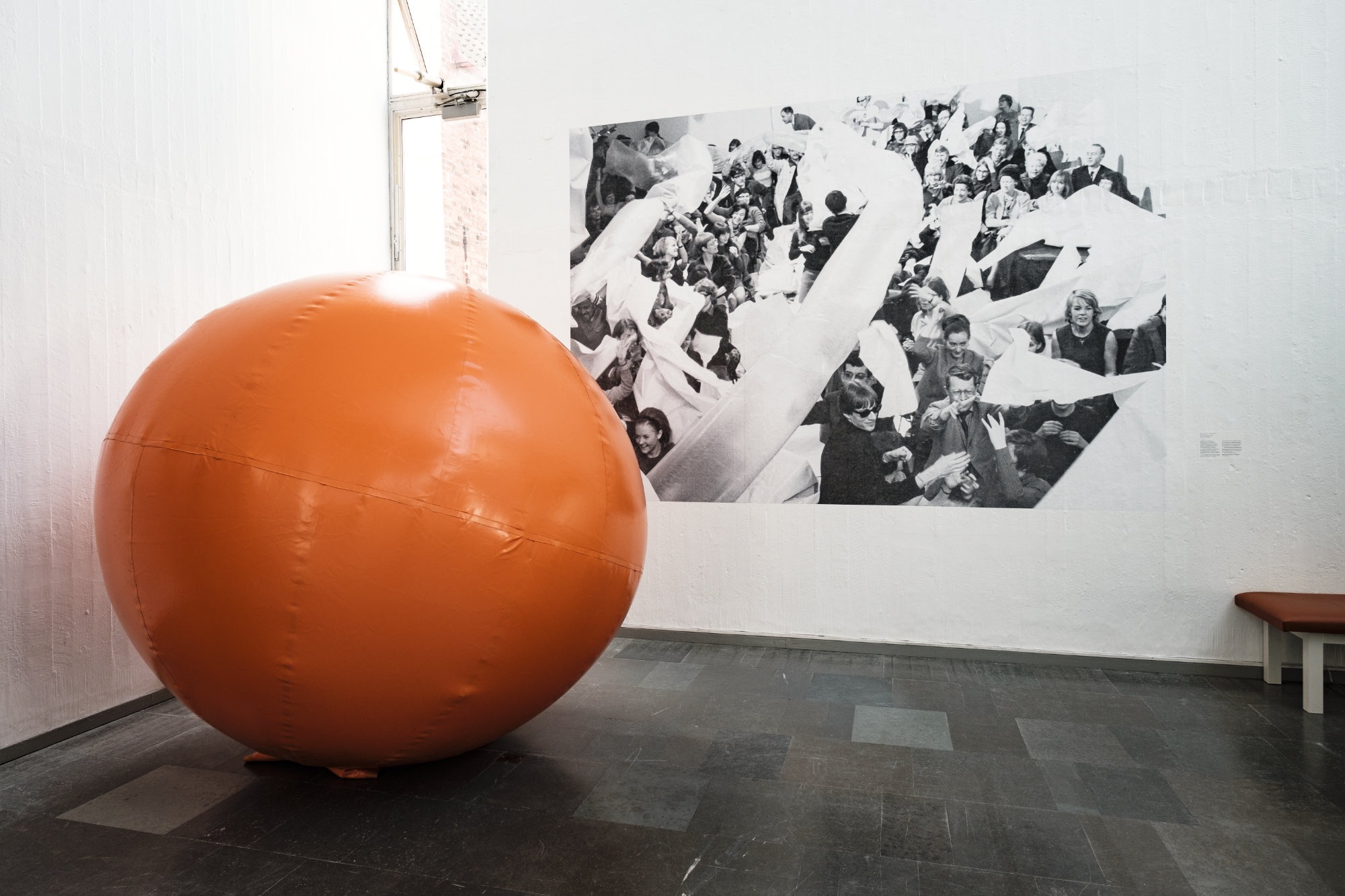 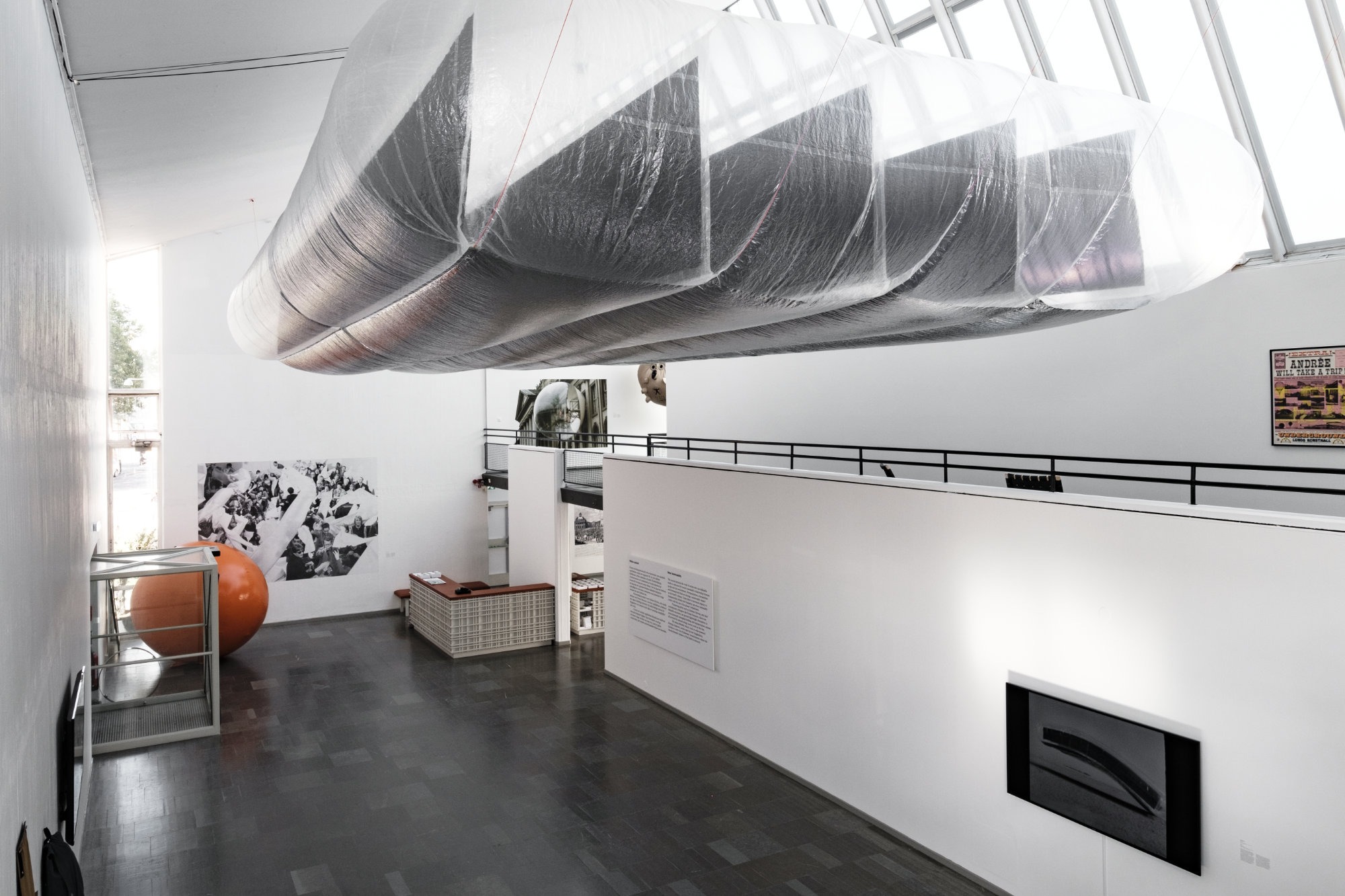 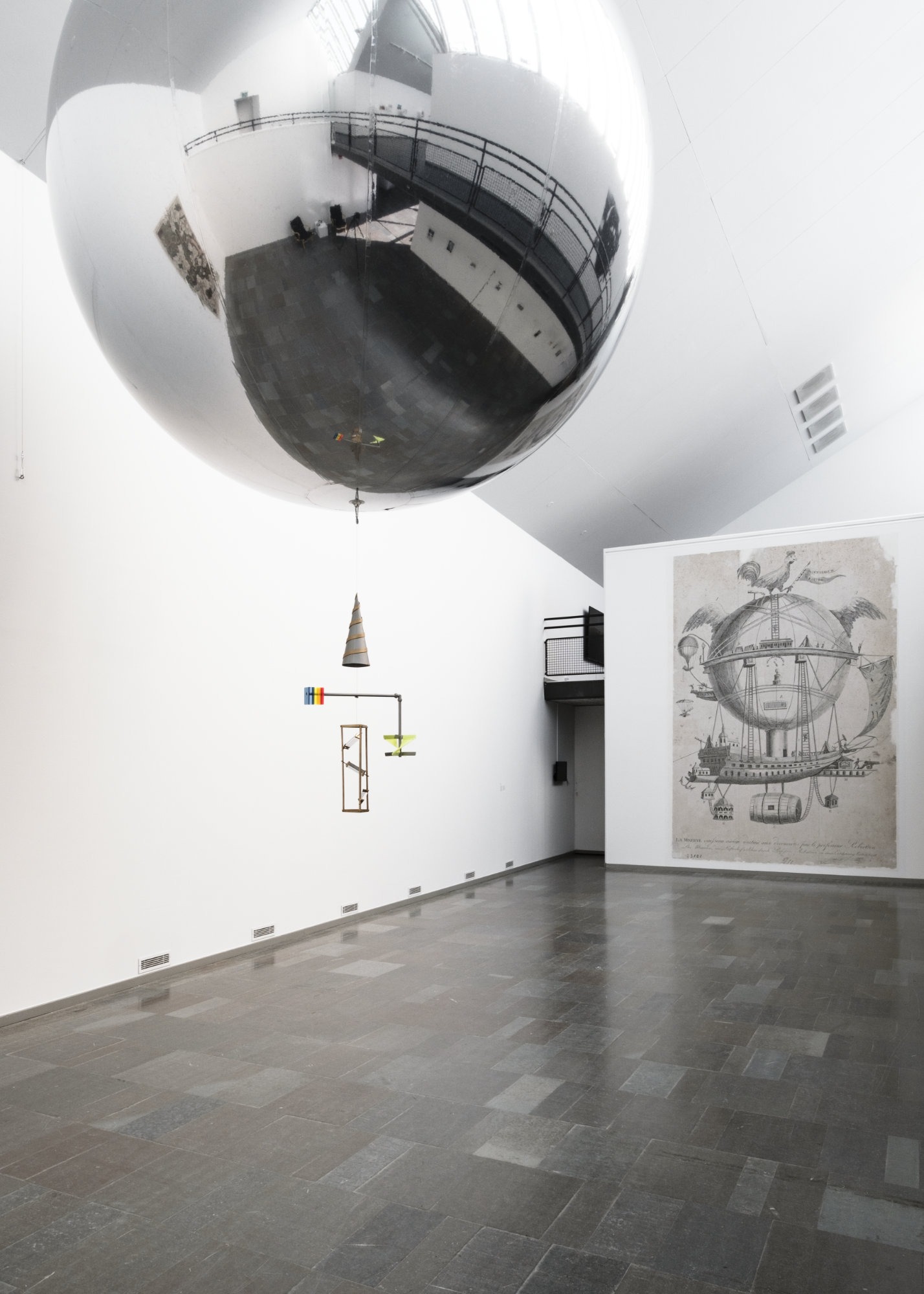 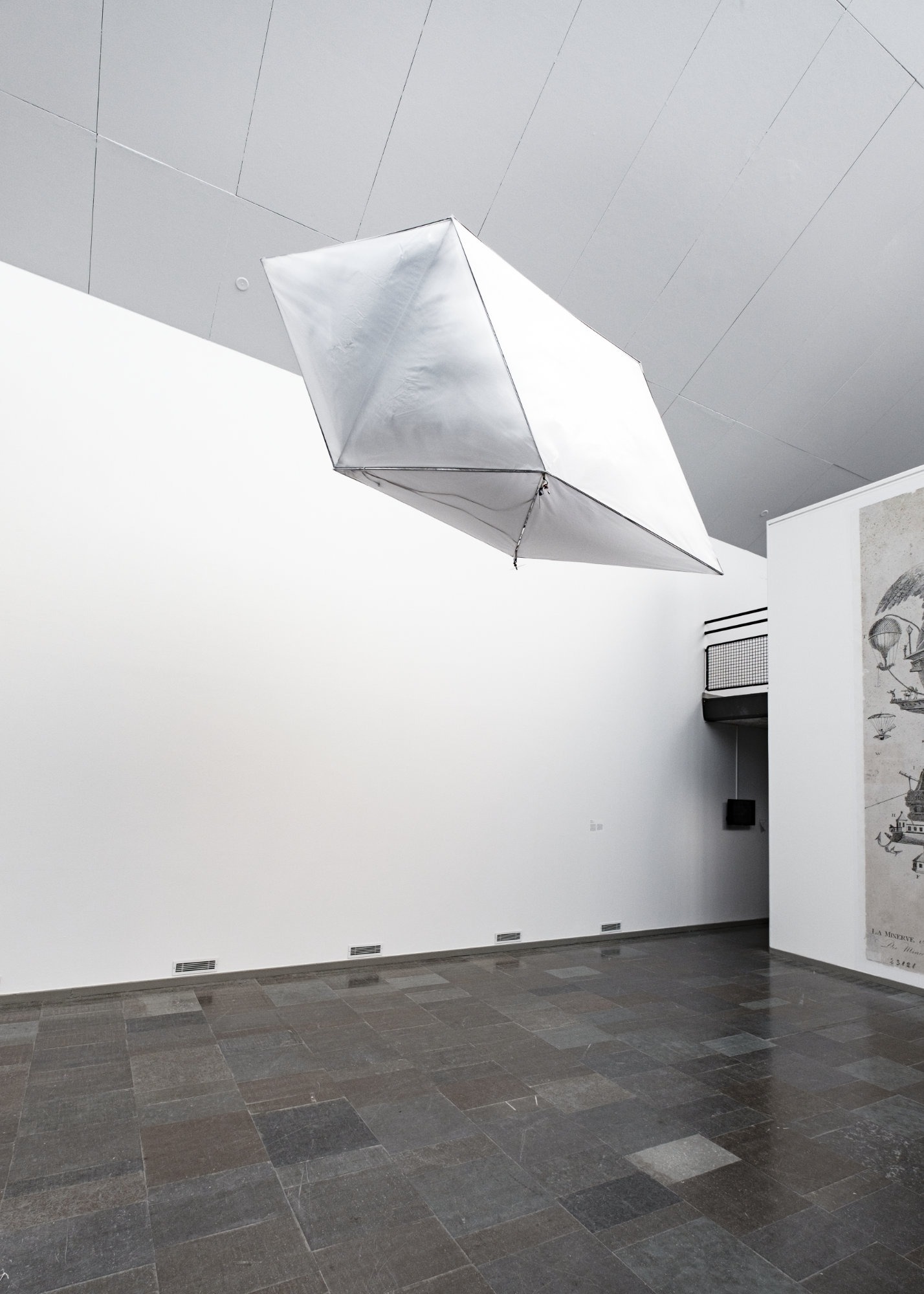 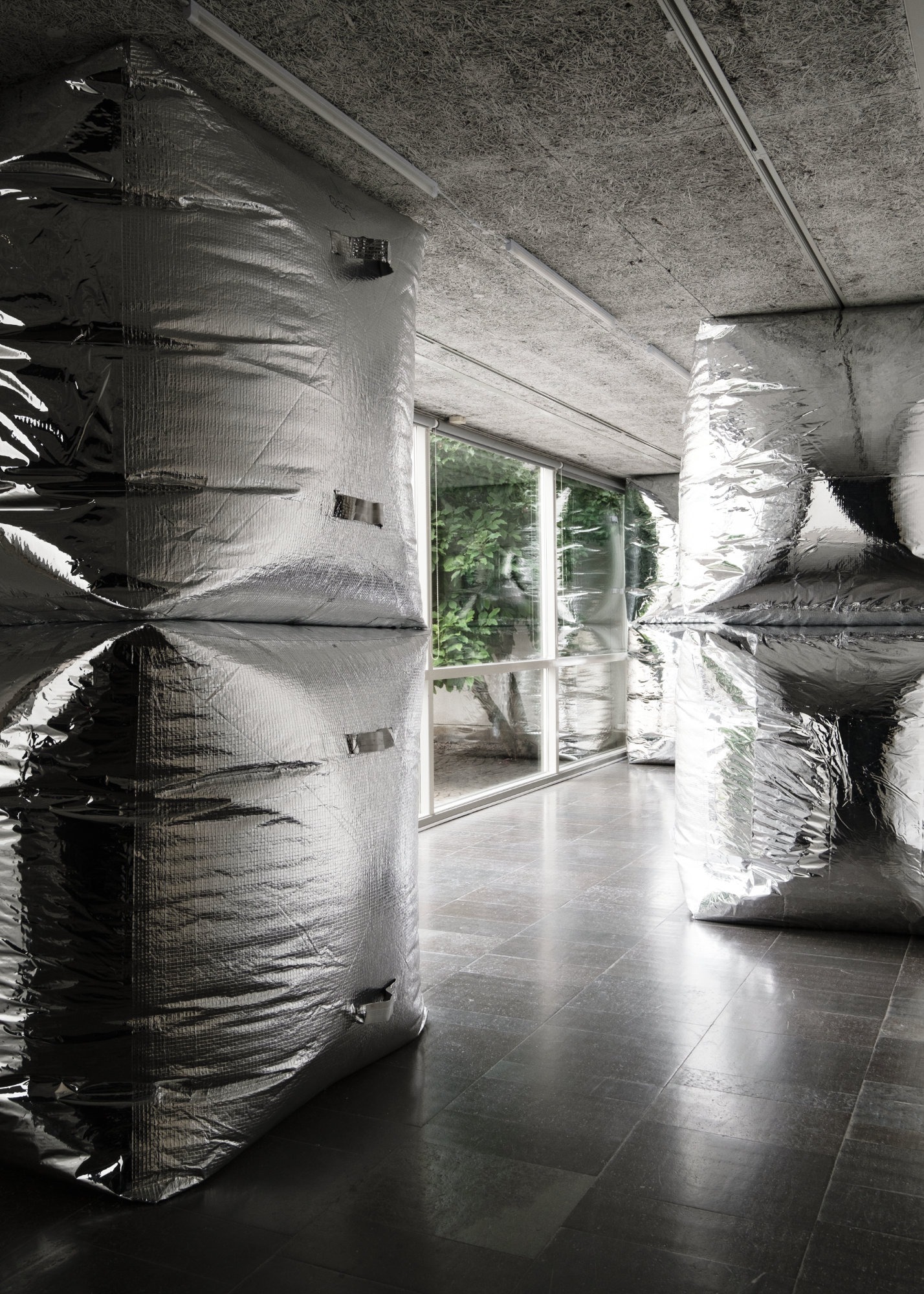 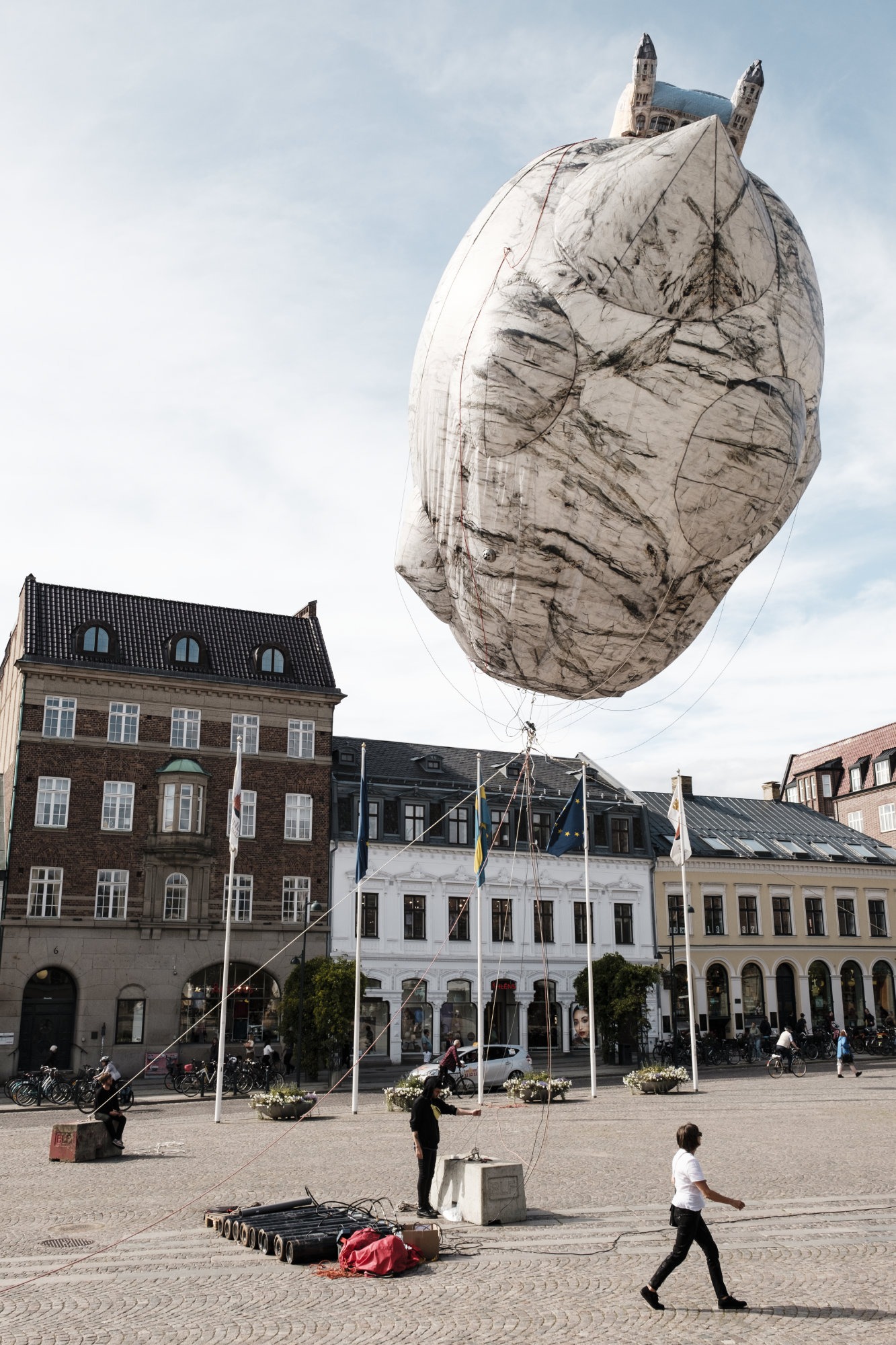 ‘Floating Utopias’ presents various inflatable media at Lunds konsthall, accompanied by an intervention in urban space. The exhibition juxtaposes historical and contemporary works and shows how inflatables may be used in artistic and activist practices: formless bundles of material are instantly transformed into voluminous spatial presence.

The exhibited works invite us to be playful and to claim space. They demonstrate a potential to forge communities and prompt participation. ‘Floating Utopias’ indicates that inflatables could and should be used to critique the present order and create better futures.

The exhibition navigates the broad cultural history of inflatables in art, activism and architecture, their impact on our collective imagination. The first manned balloon flight in the late eighteenth century shifted the general understanding of the possible, suggested new worlds and encouraged visionary utopianism.

The history of inflatables is closely intertwined with industrial development. In the 1930s, the car tire industry found a new market in giant inflatable rubber puppets. Soon these figures hovered above socialist and capitalist parades, used for propaganda and advertisement in cities across the Soviet Union and the United States.

In the late 1960s, a time of global political turmoil and the promise of space travel, plastic became widely available as an affordable material and was used in pneumatic experiments. Artists, activists and architects tested new forms of performance, protest and alternative living.

Recent artistic practices show how inflatables can be used as tools in activism, as an artistic material to challenge monumental spaces and political symbols, and as vehicles for rethinking our dependency on fossil fuels.

Southern Sweden and the Copenhagen Area have a tradition of urban activism, including utopian art projects and happenings with inflatable objects. This legacy is also part of the exhibition history of Lunds konsthall. Futures-oriented exhibitions such as ‘Superlund’ and ‘New Babylon’ in the 1960s imagined new roles and habitats for humankind in relation to nature and the city, and ‘Floating Utopias’ continues this progressive tradition.

During the exhibition’s opening weekend, the helium balloon Castle of Vooruit by Kurdish artist Ahmet Öğüt will float over Lund. It will take off from Stortorget Friday 4 September, as soon as wind conditions allow it.

‘Floating Utopias’ was first shown at nGbK neue Gesellschaft für bildende Kunst in Berlin in 2018 and then at ArtScience Museum Singapore in 2019. Now the exhibition lands for the third time at Lunds konsthall. It is organised by the three curators Artúr van Balen, Fabiola Bierhoff and Anna Hoetjes. The exhibition design was created in collaboration with Agustina Pascotto and Jazmin Schenone.

The exhibition has been realised with support from the Mondriaan Fund in Amsterdam.
www.lundskonsthall.se