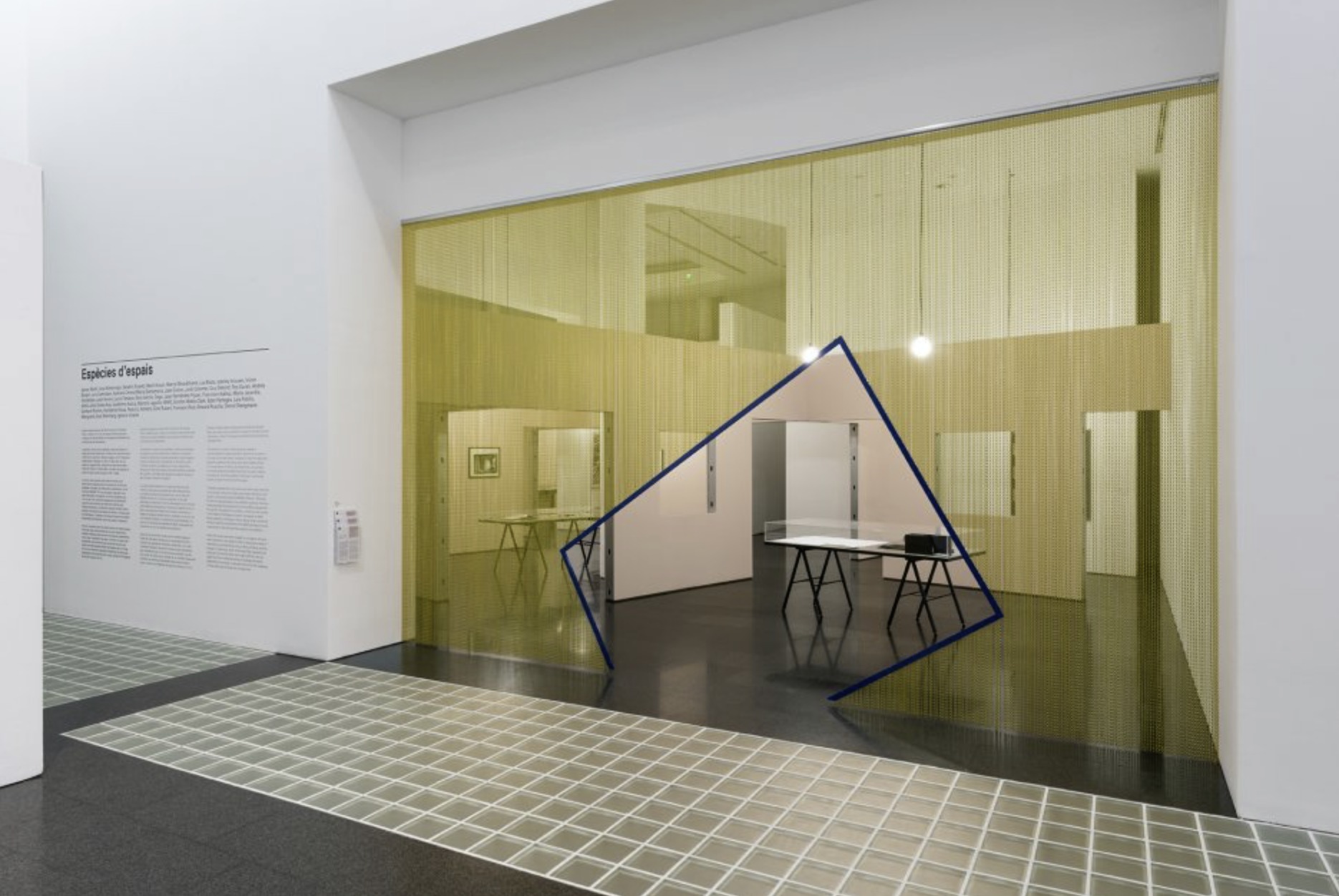 When asking ourselves about the course of our life, we should accept that the best way to explain our world is by referring not only to its temporal but also its spatial reality. That is, to the category that develops between a beginning and an end – and is subjected to constant mutations – and to the category in which everything occurs because it encompasses everything and everything takes place within it. Therefore, as well as understanding life as what we are between birth and death, we should be able to approach it in a fragmentary way by reviewing the foundations of the spaces on which it develops and evolves.

Setting aside the fact that the linearity of our existence depends on the dictates of chance and that no matter how hard we try we will never be able to dominate it completely, the starting point of our project is based on the locations where it takes place. That is, on the spaces that define us according to the way we use them.

In the course of this adventure, Georges Perec – known, among other things, for his obsessive tendency to make lists of everything that happens when nothing happens, or that which we note but never annotate – appears to us as the most appropriate guide. So as well as being the author of the book that gives this exhibition its title, Perec shows us the way into the spaces we wish to enter, without any kind of encyclopaedic intention and by posing questions on the meaning they may have for everyone of us.

Conceived as a spatially fragmented building according to the typology established by Perec in his book Species of Spaces, the exhibition features a selection of works chosen by their capacity to refer to the areas in which we act, exist, move, think and live. That is, a series of spaces that, seen through the eyes of an artist, bring us close to the meaning they may have for us through specific productions, through works in the Collection, or through other works that, for a variety of reasons, appear to us as the ideal counterpoint for forcing the imagination to seek the best way of defining the use we make of them.

More than an exhibition with a thesis, archive or documentation, our proposal for Species of Spaces should be understood as a free interpretation of a book set adrift around some corners of the public and private space, intimacy and social life, what we are and what others see in us. In other words, like human existence itself, it drifts from the minimal and limited space of a page to the impossibility of setting limits to the idea of space in general.