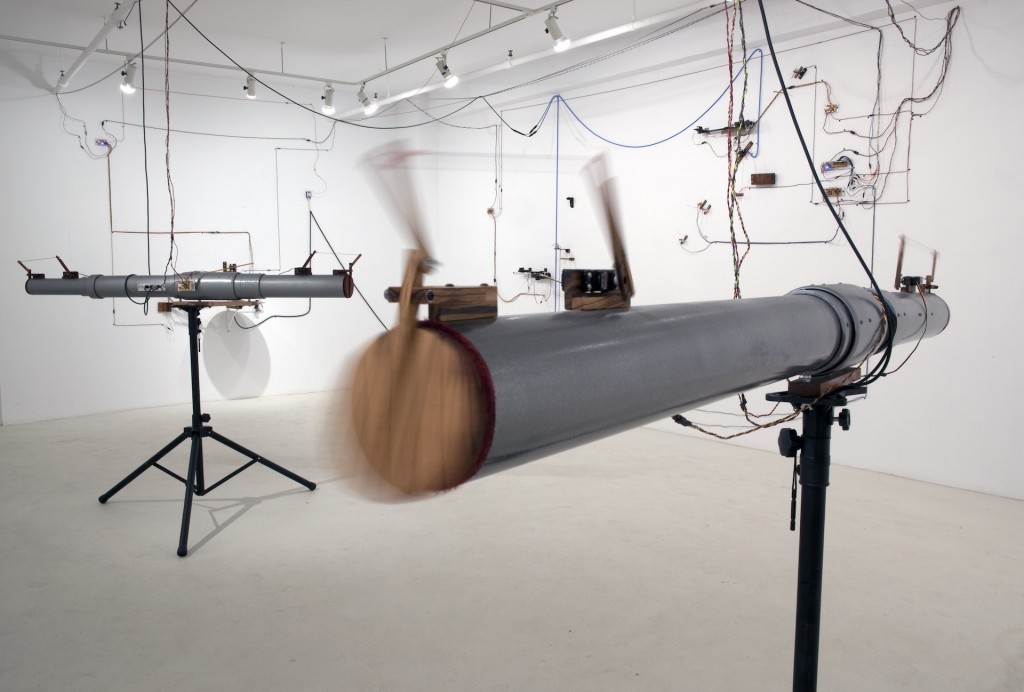 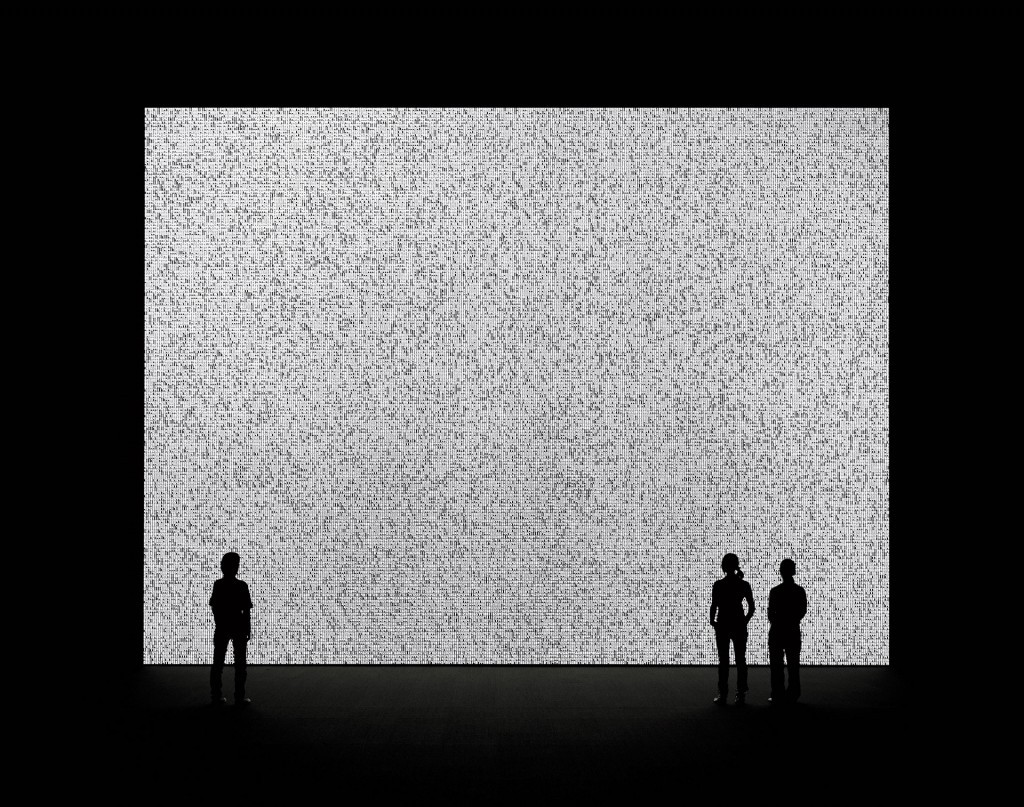 Two recent acquisitions offer two different perspectives on music and other kinds of visual orchestration. These installations are the work of Jean-Pierre Gauthier, a Montréal-based artist featured in a solo exhibition at the Musée d’art contemporain in 2007, and Ryoji Ikeda, a Japanese composer and visual artist based in Paris, whose film version of C4I was presented at the Musée in 2014. While their working protocols and materials differ, these two artists share a common interest in matters related to distribution, composition and arrangement.

Ryoji Ikeda
data.tron
Exploring notions of the infinite, the immaterial and the transcendental, digital artist and musician Ryoji Ikeda orchestrates the infinitesimally small encoded particles of knowledge—data— into elaborate visual and sonic manifestations of mesmerizing beauty. Part of the larger datamatics project which explores how abstracted views of reality are used to decipher, encode and control the world, data.tron consists of three sets of data visualizations: computer crashes and errors, all the information relating to chromosome 11 DNA sequencing, and transcendental numbers, mathematical constants such as e or pi—vast, significant numbers without end.
www.macm.org