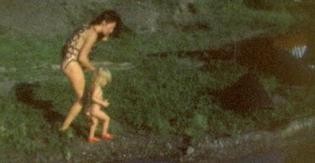 Hide text
In January 2007, New York Magazine published on its cover the image of three young guys sleeping close to one another. The article defined them as “Warhol’s Children”, and talked about a group of young New York artists, including Dash Snow, Dan Colen and Nate Lowman, who shook the city and the entire contemporary art world. With their provocative, scandalous and politically incorrect works, these artists talked about themselves, their lives and their city, in a completely new style loaded with quotations and references to personal events which, at the time, caused a stir. The so-called Bowery School was considered as one big family.
In a short time these artists came to the fore by collaborating with some of the world’s most prestigious galleries and participating in international exhibitions in museums and private institutions. In July 2009 Dash Snow, casualty of a life beyond bounds, died of a heroin overdose. After this tragedy, the group of friends did not break up but became more cohesive, finding new signifiers and inspiring themes for their works.
Massimo De Carlo brings to the Italian capital city these three artists as major exponents of a new generation capable of writing new chapters of the history of contemporary art. An unprecedented and ambitious project that sees Dan Colen at Palazzo Rospigliosi, a historically relevant building, symbol of baroque and papal Rome, Nate Lowman in the Art Gallery of the American Academy in Rome and Dash Snow at the MACRO, in his first personal show in a museum.
www.museomacro.org