The Night Illuminates The Night 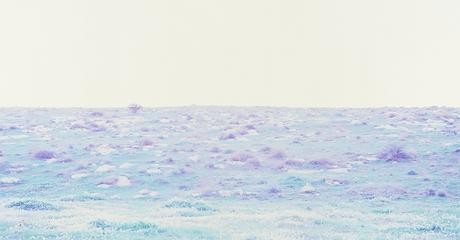 The exhibition at MACRO Testaccio takes the form of a large environmental installation in which the works emerge from the darkness of the space like revelations. The poetics of Rafael Y. Herman develops in this dialectic between darkness and light. The artist’s gaze reveals a new approach to reality born and structured in darkness.

Hide text
The Night Illuminates The Night features works that began in 2010 and was completed in 2016. During this period Herman established a dialogue with the great masters of the western tradition who have depicted the Holy Land across the centuries without ever having been there, relying on biblical and literary sources. Herman traces back through this tradition using his own method: nocturnal photography, without electronic aids or digital manipulation, showing only what is visible to the naked eye. Like the great masters of the past, operating in the darkness of the night Herman puts himself in the condition of not being able to see the landscape, even in these places where he was born and raised. The intentional blindness enables the artist to gain access to reality in a new way, through nocturnal photographs and the developing of the film in the darkroom.

Rafael Y. Herman thus produces a “recreated” reality, purged of any subjective preconceptions, offering the viewer landscapes that exist only in the works themselves. He develops his nocturnal research through the discovery of three different environments: the Forest of Galilee, the fields of the Judaean Mountains, and the Mediterranean Sea. His images encourage us to reflect on the invisible or – as the artist calls it – the “non-seen”; on the difference that unfolds between what is real and what is only perceived. The resulting unnatural hues and evanescent forms are extraordinary, seeming to emerge from a place and time where colors are not real, time is stretched and images become obscure or – perhaps dazzling.

In coordination with the exhibition, an artist’s book will be presented, published by Mousse, with critical writings by Giorgia Calò, Stefano Rabolli Pansera, Chiara Vecchiarelli and Arturo Schwarz.

Biography
Rafael Y. Herman was born in 1974 in Be’er Sheva, an ancient city in the Negev Desert in Israel. The winner of the Prague Photosphere Award in 2015, Herman began studying classical music at the age of six, becoming a percussionist in Philharmonic orchestras, ensembles and rock bands. Following a long stay in New York City, he studied at the School of Economics and Management at the University of Tel Aviv. Throughout his studies, he supported himself financially by providing consulting services to assess collections and jewelry, travelling to Kenya and Tanzania. Graduating in 2000, he moved to Latin America, taking a long research trip in seven countries: photographing Cuban musicians, the Carnival of Bahia and the Zapatistas in Mexico, working with Amnesty International in Paraguay, then studying painting in Mexico City and Chile and becoming part of an artists’ commune. This visual apprenticeship combines vision, metropolitan experience and encounters with uncontaminated nature. In 2003, Herman moved to Milan, showing the project “Bereshit-Genesis” at Palazzo Reale, a project created with a method of his own devising: nocturnal photography without electronic aids or digital manipulation, revealing what cannot normally be seen by the naked eye. This exhibition launched Herman into the international art scene. In 2012, Herman’s portrait of John Chamberlain was chosen by the Guggenheim Museum of N.Y. for the inside cover of Chamberlain’s book, “Choices.” In 2013, he was invited by TED to speak on his artistic language, a talk he titled “Alternative Reality.” His recent works address two main themes: metaphysical curiosity and the tale of what lies beyond, and the investigation of light as a physical element and protagonist of space-time. Significant public and private collections have acquired numerous works by Herman, including the Tel Aviv Museum of Art and Salsali Private Museum of Dubai. Currently living and working in Paris, he is a resident artist of La Cité Internationale des Arts de Paris for the second time.
www.museomacro.org