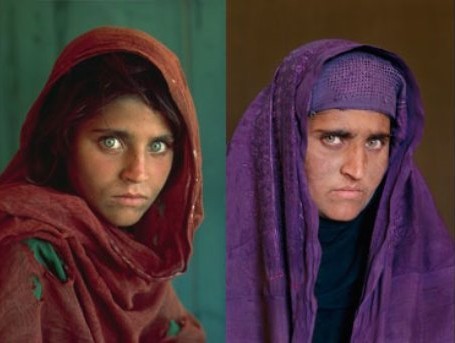 An exhibition dedicated to Steve McCurry, one of the greatest photographers of our century.

This major Steve McCurry exhibition features over 200 photographs selected from a vast repertoire built up over the 30 years of an extraordinary career as a photographer and reporter. Alongside some of McCurry's most iconic photos, such as the famous portrait of the Afghan girl with green eyes, there is also the chance to see for the first time some of his most recent works, from 2009 to 2011: the last roll project featuring the pictures taken around the world using the last film produced by Kodak.
Also on display are the spectacular images dedicated to Buddhism taken during his recent trips to Thailand and Burma, an unpublished work on Cuba and, in the year celebrating the 150th anniversary of Italian unification, McCurry's tribute to Italy - a selection of "Italian pictures" taken specially for the event during his many stays over the year in several cities and regions. The exhibition has been curated by a major exponent of the visual arts in Italy, Fabio Novembre. The criteria used in selecting the photos was not one of space and time but similarity of subject matter and emotions, highlighting the common threads and unimaginable links that tie people and places together, even at different latitudes.
The exhibition is designed as a sort of nomadic village with a series of interpenetrating areas that recreate the sense of humanity that exudes from McCurry's photos.
Born in Philadelphia in 1950, Steve McCurry studied cinema and history at the Pennsylvania State University. After working at a local newspaper for two years he left for India where he realized his first portfolio with his travel's photos. After publishing his first important work on Afghanistan, he started collaborating with some of the most prestigious worldwide magazines such as: the Times, Life, Newsweek, Geo and the National Geographic. Sent as a correspondent in several war zones, from Beirut to Cambogia, from Kuwait to former Jugoslavia and Afghanistan, Steve McCurry has always pushed himself in the front lines risking his life to witness the consequences and the tragedies of worldwide wars. Member of the Magnum Agency since 1986 and winner of several photo-press awards (including two World Press Photo Awards), Steve McCurry is the author of the popular coverage on the girl who became an icon of the Afghan war worldwide through the pages of the National Geographic. A veteran of the National Geographic, a tireless traveller, more frequently in Asia than in America, Steve McCurry has made the travelling a way of living: «because travelling and deepening the knowledge of different cultures give me joy and an ever ending strength». On the occasion of Rome's exhibition, Steve has visited Italy extensively to catch through his camera the reality of a country that he wishes to continue to photograph also in the future.
www.museomacro.org