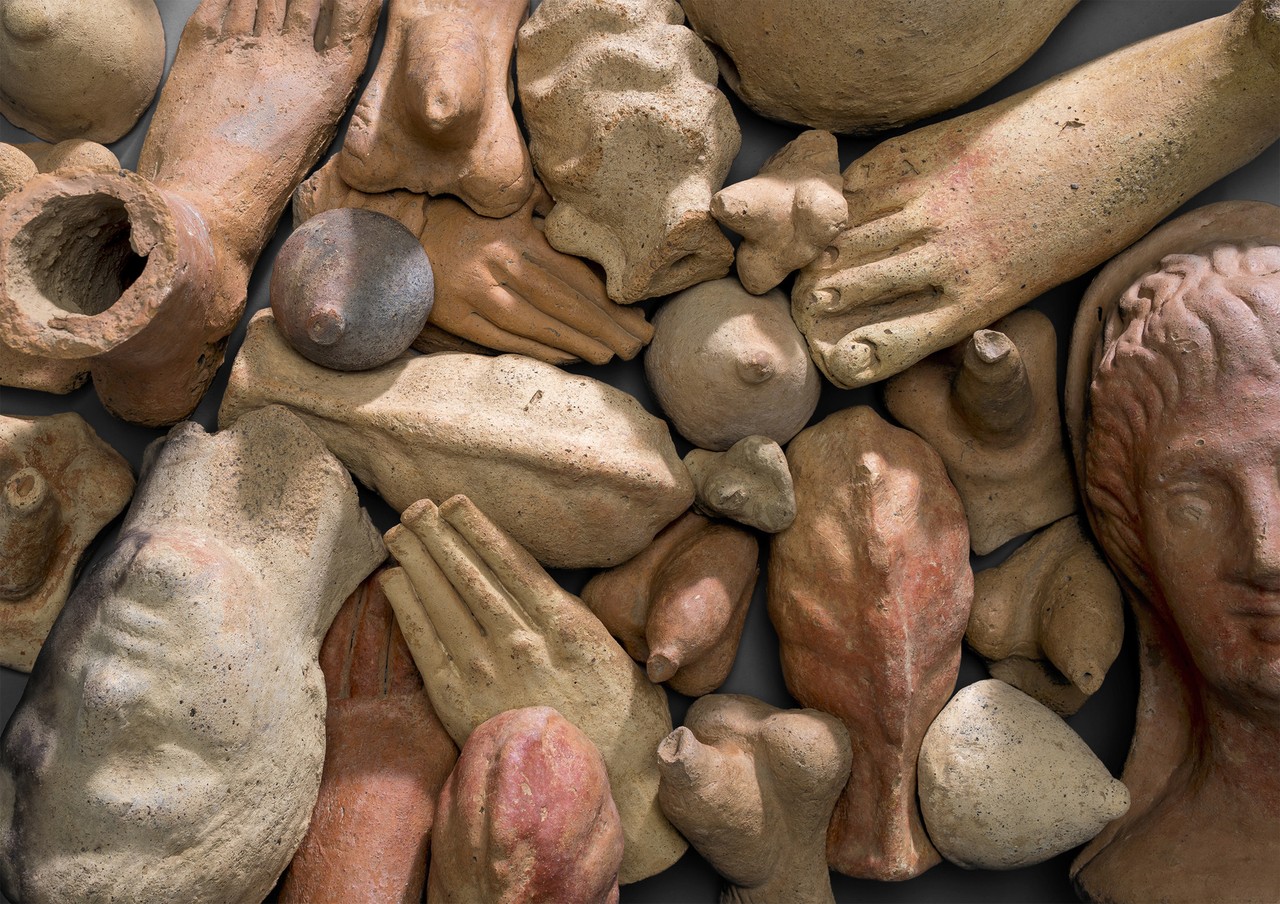 The news media informs us daily about the uncertain state of the world, rife with incomprehensible violence, anxiety and disease. We attempt to interpret and process this information as best we can, while those directly and personally affected are forced to change their lives in order to survive and cope with their situation. A basic human response seems to be a resolute hope for recovery and the solace it brings.
Sculptures in various materials such as glass, plastic, bronze, wood, ceramic, wax, terracotta, and marble that suggest or show different body parts; casts of plants or organic forms believed to come from nature; a series of eighty-three etchings of barbaric scenes of violence that feel uncannily current today. The exhibition Like A Prayer presents works by Swedish and international artists from the Magasin III collection, alongside a group of Etruscan votive offerings from the Museum of Mediterranean and Near Eastern Antiquities in Stockholm.

We believe that the artworks shown are both fragile and forceful investigations of highly personal or collective experiences and memories. We are well aware that each one has been wrought in a context that may lie entirely outside the exhibition’s main theme. However, our own disquiet about the world around us has influenced our perception when selecting pieces from the Magasin III collection. In some cases we noticed that works are direct interpretations of real life situations. Others seem able to give physical form to abstract emotions evoked by current events when shown in this context.

The twenty-five Etruscan votive offerings in terracotta from around 200 BCE, on loan from the Museum of Mediterranean and Near Eastern Antiquities’ collection, all represent human body parts. These objects offered to the deities in the hope of receiving help for some infirmity or in gratitude after recovery. The intent associated with these offerings remind us how humans search for consolation in times of uncertainty in order not to give up hope. Our intention with this exhibition is to offer a poetic interpretation of moments of crisis in which objects—both antique and contemporary—can be seen as a kind of prayer.