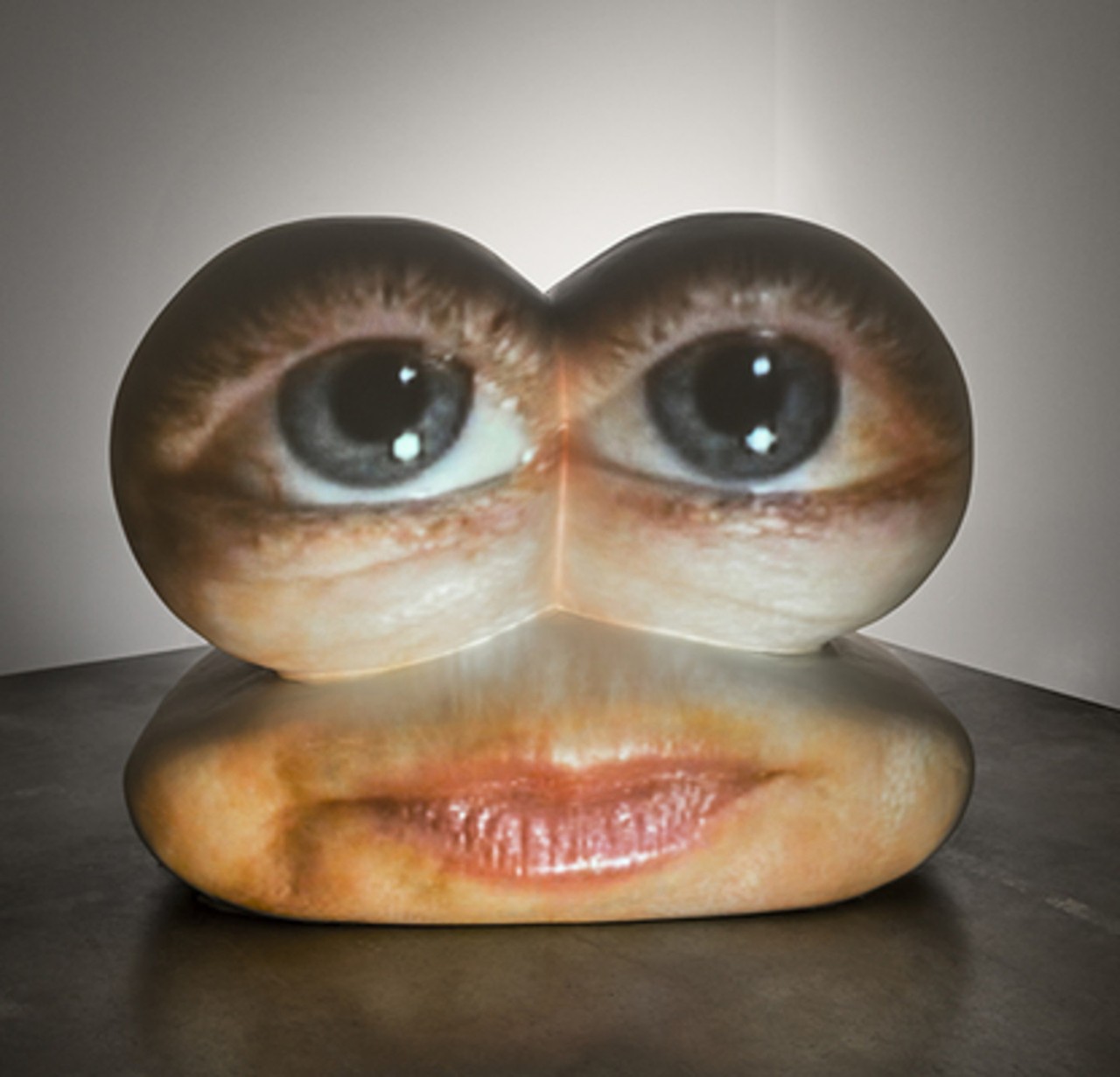 The Magasin III collection is a perpetual source of new presentations and reinterpretations. Through the years, we have worked with a great number of artists whose works are very well represented in the collection. It is exciting to show them in relation to the artists’ current practice.

Tony Oursler is one of the key figures in the development of video art; he experimented early on with the moving image that extended beyond the borders of the TV monitor. Since the 1970s, he has related his interest in technology to psychology and supernatural dimensions. He has become known for his mixture of hallucinatory, poetic texts and projections on dolls, creating scenes that are sometimes violent, sometimes humorous. Oursler has devoted himself to detailed investigations of the history of technology, with a particular focus on television media. Using projections, sound, and sculpture, he stages themes including transmission and reception, the presence of technology in our daily lives, and by extension, the social and physical effects of mass media.

In the spring of 2017, visitors will experience completely new works by Oursler shown alongside pieces from Oursler’s early career and works from the Magasin III collection. Many of the works in the collection were acquired in 2002 when the museum presented the exhibition Station that included a large group of works the artist created especially for that occasion.

For some time, Oursler has focused on the ever-increasing spread of data tracking and surveillance programs, with a particular interest in facial recognition software. He creates a sort of digital portrait in which we can see ourselves through the lens of machines we have recently created.

On October 20th, Tony Oursler’s acclaimed outdoor work The Influence Machine (2000–2002) was performed at Stockholm University’s Frescati campus. In the work, Oursler blends fragments of speech from the history of technology with images of heads. Through the dark, a projected hand knocks on clouds of smoke, trees and surrounding buildings. Oursler uses the landscape as a stage for enlarged projections of text messages and email.

Magasin III in collaboration with Stockholm university and Accelerator.

Antennae (2002), is an installation by Tony Oursler. It is on display in the basin of the former particle accelerator. The work is part of the exhibition M*r>0r. Antennae is included in the Magasin III permanent collection.