On The Tip of My Tongue 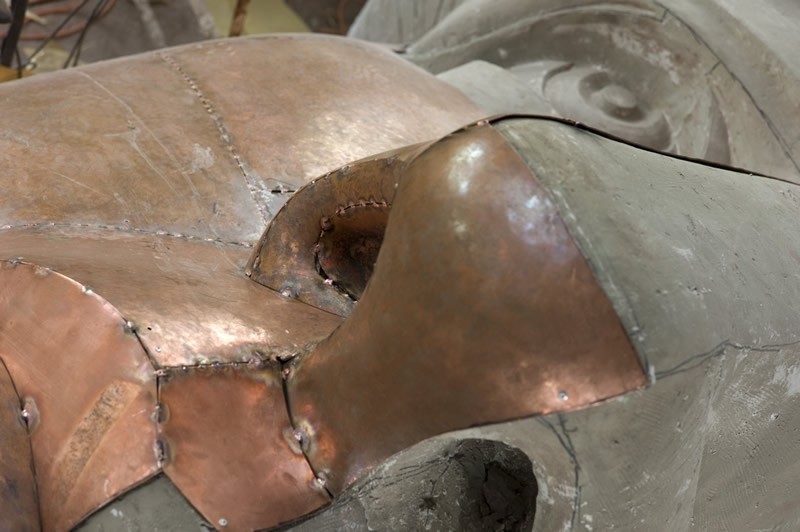 PIERRE BISMUTH (b. 1963) Bismuth is a Brussels-based artist whose work seeks to expand and adapt the critical potential of conceptual art to the changing conditions of contemporary society. Through humorous gestures, he explores our reading of images and objects that pervade daily life, often sabotaging the meaning of the cultural products we are confronted with. Bismuth participates in the exhibition with a work that is part of a larger project still in production. At the request of the artist information about his new project will be available only at Magasin 3. In 2005 he won the Best Original Screenplay Academy Award, with Michel Gondry and Charlie Kaufman, for Eternal Sunshine of the Spotless Mind.
TAMARA HENDERSON (b. 1982) is a Canadian artist recently graduated from the Royal Art Academy in Stockholm. In her sculptures and 16mm films everyday items such as vessels and chairs are manipulated and animated to perform functions that, whilst originating in the everyday, appear to arise from the subconscious. Last year her work was shown at dOCUMENTA (13), Kassel and at the Frankfurter Kunstverein, Germany. Earlier this year she had a solo show at Kunstverein Nürnberg, Germany. Tamara Henderson was nominated for this year’s Canadian Sobey Art Award.

MIRANDA JULY (b. 1974) is a filmmaker, artist, and writer who lives in Los Angeles. Her work has been presented at sites such as the Museum of Modern Art, the Guggenheim Museum, in two Whitney Biennials and at the Venice Biennale. July wrote, directed and starred in Me and You and Everyone We Know (2005), which won the Camera d’Or at the Cannes Film Festival, and The Future (2011).

STINA NORDENSTAM (b. 1969) is a Swedish musician and artist. Nordenstam is best known for her music. Since 1991, she has released six full-length albums including And She Closed Her Eyes (1994),People are Strange (1998), and The World Is Saved (2004). Nordenstam has also worked with photography, film and radio.

TINO SEHGAL (b. 1976) is an Anglo-German artist based in Berlin. Tino Sehgal’s work consists of live encounters between people, often generated through partially choreographed conversations and meetings between performers and gallery visitors. Last year, his work These Associations (2012) was commissioned for the Unilever Series in Tate Modern’s Turbine Hall in London, and This Variation (2012) for the dOCUMENTA (13) exhibition in Kassel. This year, he was awarded the Golden Lion for best artist in the international exhibition The Encyclopedic Palace at the Venice Biennale. Sehgal had a solo exhibition at Magasin 3 in 2008.

DANH VO (b. 1975) We the People (Detail) is a full-scale replica of the Statue of Liberty, created by the Danish-Vietnamese artist. Constructed from copper plating and made to the exact specifications, the parts will never be assembled. The many fragments—around four hundred in total, which are being made in Shanghai—will instead be shown as individual sculptures at different locations around the world. This year, Vo showed at the Solomon R. Guggenheim Museum and at Marian Goodman Gallery, New York as well as at the Musée d’Art Moderne de la Ville de Paris, in France.

THE CARETAKER/JAMES LEYLAND KIRBY
An Empty Bliss Beyond This World (46 min) was played on October 13 at Skridskopaviljongen, Kastellholmen, Stockholm.

James Leyland Kirby (b. 1974, Stockport, England) has released music under different names, including The Caretaker, V/vm and The Stranger. An Empty Bliss Beyond This World is an album made solely from sampled gramophone records of pre-war ballroom music. In 2005, Theoretically pure anterograde amnesia was released as a series of seventy-two free MP3 downloads. His music has received wide critical acclaim, and legendary BBC radio DJ John Peel would play The Caretaker on a regular basis. In 2012 Kirby made the soundtrack for Patience (After Sebald), a documentary by Grant Gee about the author W.G. Sebald and his writing on memory. A new album as the Stranger, Watching Dead Empires in Decay, will be released on October 29, 2013. James Leyland Kirby lives and works in Kraków, Poland.
www.magasin3.com