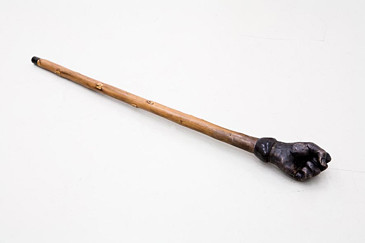 General curator of the event and curator of the exhibition : Yves Aupetitallot.
Delegated curator for the coordination of the program of performances : Inge Linder-Gaillard.
Associated curator in charge of the colloquium The Practitioners, Curating & Publishing, the Open Office project, and the newspaper Transmission : Veronica Valentini

Le MAGASIN is devoting the 2010 autumn season to SI Sindrome Italiana, a number of events dedicated to the young curatorial and publishing scenes in Italy subsequent to the generation of Maurizio Cattelan.
Some 40 of these artists, born in the 1970s and 1980s, have been invited to present recent works, or ones created for the occasion, in thematic groups developed in the exhibition galleries and the central glass-covered space known as “la Rue”. Associated with the exhibition is a a colloquium devoted to the contemporary Italian publishing and curatorial scenes The Practitioners : Curating & Publishing, which will take place on the opening day, Saturday 9 October, and the Open Office project, organized with young Italian independent publishers. The newspaper Transmission will accompany the exhibition.

While most of these artists were educated in Italy, they now live and work in London, Paris, Berlin, New York, etc... But if the artists seem to be scattered across the world, exhibition organizers of the same generation have followed the same path. SI Sindrome Italiana is symptomatic of this phenomenon. It reflects a highly successful artistic system whose action has found support from a few institutions and from above all the organization of local autonomous initiatives with international resonance, organized by high-profile individuals. A
program of performances will take place for the opening on Saturday 9 October from 6pm.
Perfomances by: Sabina Grasso, Francesco Arena, Alex Cecchetti, Linda Fregni Nagler, Manuel Scano.