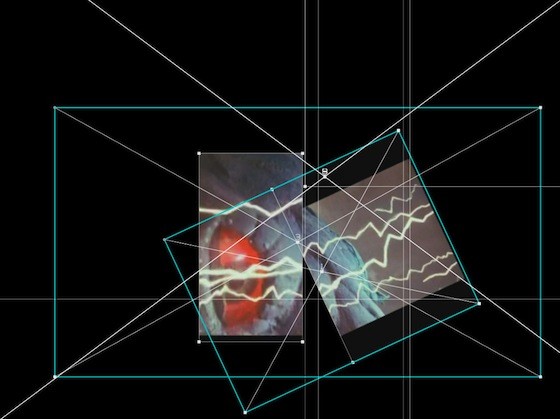 Eleven years after Fatica #17, Magazzino is proud to present a new solo exhibition by Daniele Puppi in the gallery.
Blast is the first occasion where Puppi presents, in a solo exhibition, the series of works re-animated Cinema a body of work, which the artist has been working on since 2011 and that has already been presented in numerous group exhibitions during 2012.
In these “minimal devices of multisensory reanimation”, Puppi uses excerpts from original auteur films and B-movies, which he re-assembles by deconstructing and rewriting the image and editing, thus creating strongly emotional and spectacular projections.
Using old editing monitors or hypertechnological sound screens Puppi multiplies the point of origin of the cinematographic image, in a play of evidences and subtractions that redefine the original into something that is undefinable.
The sound also becomes the object of a deep postproduction by the artist, through effects, amplifications and repetitions that highlight the role of sound as a physical presence in the space.
A multiplication of the filmic and the sonic experience in which images and sounds, decomposed and projected, generate a totally new experience where the viewer is absorbed into an expanded cinema where the space of the projection becomes an essential part of the relation with the work.
The exhibition will open Thursday 11 April and will stay open until 18 May 2013.

With a critical text by Bruno Di Marino.
www.magazzinoartemoderna.com