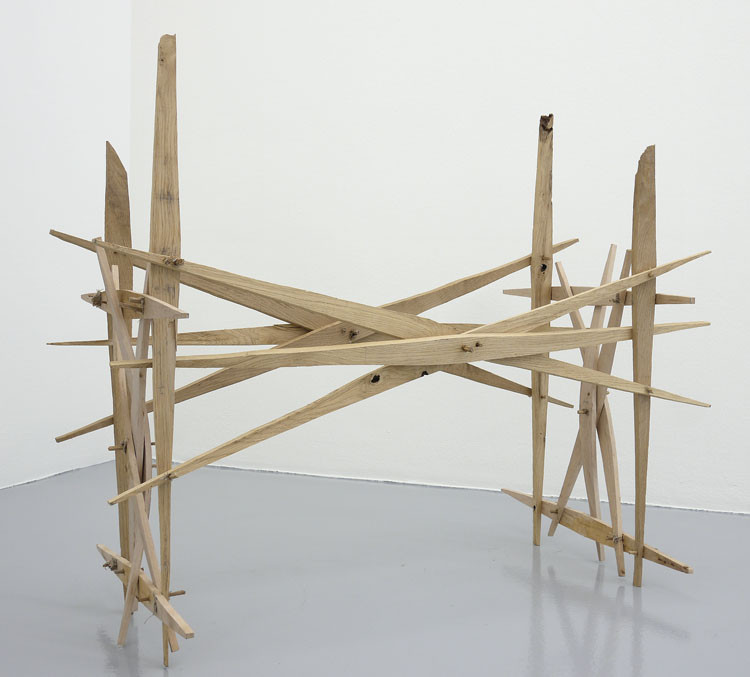 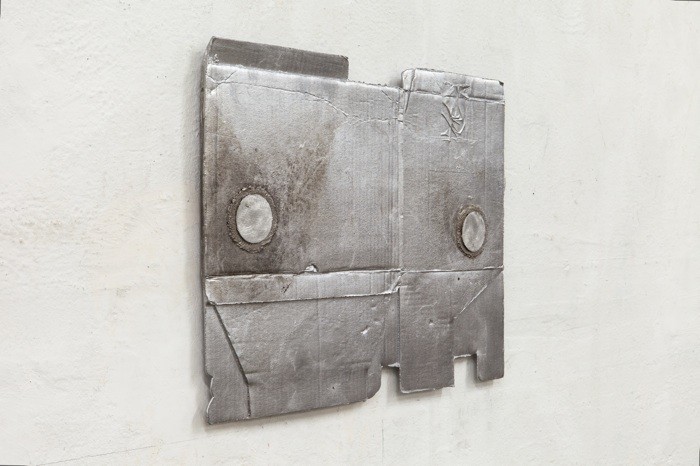 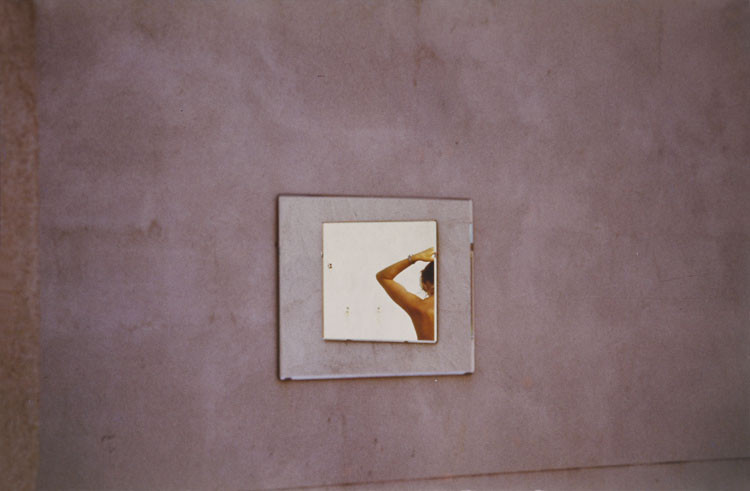 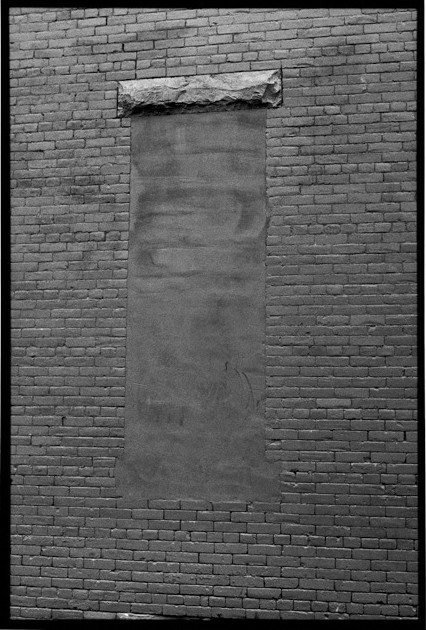 The exhibition memento, curated by Maria de Corral, addresses a key aspect of art: reminding, remembrance, memory. By way of example of selected works by Jacobo Castellano, Luigi Ghirri, Jürgen Drescher and Zoe Leonard the exhibition shows that remembrance is a theme underpinning the work of all four artists: Ghirri and Leonard as photographers, Castellano and Drescher as sculptors

For Jacobo Castellano memory is the fundamental source of narrative, and he regards physical objects as the raw material for his work. “I am very interested in objects found close to hand which tell the history of a time not experienced. Those that sense the passing of time, those that are permeated with memory... I try to wrench these memories from them. Objects, too, have their own biographies.”

In the first decade of the new milennium, Castellano concentrated on the possibilities of reviving both his own personal memory and the collective memory while clearing out his former home in the small provincial Spanish town where he was born. Revisiting the house many years later, he found it abandoned but undamaged, and covered in dust. It let him recognise the communicative potential of everyday objects. Since then, he has put the house through a number of different transformational processes and new ways of seeing.

At the heart of Castellano’s work lies a strongly allegorical and baroque subtext with a distinctly literary style and a profoundly lyrical tone, echoing traditional Andalusian culture and popular iconography, in which the cliche of the artist is viewed with fresh eyes and the critical detachment of the present. The human figures in his work are mere traces of some long gone presence, vaguely discernible as pathways amid the measure of things, the chattels and the furnishings, now abstracted from their formal nature.

Jacobo Castellano’s great strength lies in his ability to construct an autonomous world that revolves around his own experiences and memories. Experiences, memories and an imaginative energy that allows him to revisit individual or collective images of the past. Yet we should also emphasise the way he blends past and present, and his ability to enrich the lyrical by adding the power of the physical.

In his current works, there are no sudden breaks with the past. After all, for him, each new project takes over from something earlier and seeks continuity. The introduction of new characteristics such as sarcasm and irony, together with a certain whimiscality, may make his works more light-hearted, but does not detract in any way from their lyrical flow, nor from their close and dynamic affinity to the largely discarded, classless and “poor” materials he uses. Paradoxically, the lyricism of the fragmentary and the absent that they exude is rooted in an in an undeniably copious visual wealth.

Since the early 1980s, Jürgen Drescher has been exploring aspects of the human condition in today’s society. He came to attention primarily through his aluminium casts of everyday objects – most of them no longer in regular use, cast aside and merely serving as reminders of what they once represented; their only value being that they now recall some past context that has long been rendereed redundant or disappeared.

Two aluminium casts of corrugated cardboard boxes were selected for this exhibition. Given their purely functional original purpose, they are in the truest sense mere containers of a potential that stands for movement, transport, trade, changing circumstances and impermanence. Drescher’s choice of material for their transformation and transmaterialisation takes this one step further: aluminium, with its dull, silvery sheen, has neither the status of intrinsic value, the familiarity nor the pleasing tactility of, say, bronze or iron. At the same time, the distance from the object shifts the immediacy of its portrayal onto another level: that of the perceptual. An otherwise fragile structure of six wooden laths, held together in the form of a square only by their own tensional force, becomes a stable object when transformed into a cast sculpture – it is art, as it were, that provides the stability lacking in the reality of the original construction.

In his new work Tin (2014), Jürgen Drescher further explores this take on the perception of art and through art by applying a thick coat of silvery material to canvas and embedding the imprint of a tin on it. In this way, trace, colour and material interact in a way that can be understood only on the basis of our pictorial tradition and, with that, only through the prism of the past.

In 1977, Luigi Ghirri founded the first publishing house for photography in Italy. Of couse, there had been art photography before – the likes of Claudio Abate, Giorgio Colombo, Ugo Muglas or Paolo Mussat Sartor spring to mind – but Ghirri was the first to showcase photography as an art form in its own right and, with that, to bring it at last into an era in which photography was, as it still is, a fittingly contemporary means of expression. Like the photographers named above who documented the Arte Povera movement, Ghirri, too, sought a form of expression that was in keeping with the mood of the day and reflected the Italian view of their own country and the wider world. His photographic oeuvre spans a period from 1970 to 1992, the year of his death.

It is the 1970s, in particular, often described as “the leaden times”, that form the background mood for Ghirri’s work. His photographs convey a yearning for a distinctly classical aesthetic, which he explores in perfectly composed images while at the same time introducing a counterpoint in the form of often dreary scenarios which he stylises, heightens and distils into a view that might be described as Melancholia Italiana. As in the films of Michlangelo Antonioni, both in proportion and colority, the image of Italian life he projects is one of emptiness, longing and absence. The compositional perfection contrasts with a reality that falls far short of it, in images harbouring both social criticism and hope. This is what made, and still makes, Luigi Ghirri such an outstanding representative of his time.

American photographer Zoe Leonard has been working in the medium of photography since the age of sixteen, when she left home. She has captured the heights and depths of social relationships in her works, which are for the most part void of any human presence but instead show only the environs, the traces left behind, the influences. Leonard is interested in the human individual as a social creature and in the traces we leave. She herself is an indirect part of these images, which often appear to be shot from a position of vulnerability that risks triggering profound empathy in the viewer. Distance and harshness are components of what is portrayed. She captures aspects of instability. While the reasons behind them may not always be conducive to a sense of wellbeing, these are images of a reality that is part of the seeming boundless inexplicability of the human condition.
(Text: Maria de Corral und Axel Jablonski)

Jacobo Castellano, born in Jaén, Spain in 1976. He lives and works in Madrid, is represented in Spanish and Mexican collections and is showing at Mai 36 for the first time. Jürgen Drescher, born in Karlsruhe, Germany, in 1955, lives and works in Berlin and has exhibited regularly at Mai 36 since 2006. He is represented internationally in public and private collections. Luigi Ghirri, born in Scandiano, Reggio Emilia, Italy, in 1943, died in 1992. His works can be found in international collections such as MOMA in New York and Fotomuseum Winterthur. MAXXI in Rome presented a retrospective exhibition of his oeuvre in 2013. Zoe Leonard, born in Liberty, New York State, in 1961, lives and works in New York City. She has taken part twice in the Documenta exhibition in Kassel, Germany, and is represented worldwide in important public and private collections. Maria de Corral is an internationally active curator. Together with Rosa Martinez, she headed the artistic directorship of the 51st Venice Biennale in 2005. She has curated numerous exhibitions. So for example recently: Collection Helga de Alvear / FAST FORWARD: Contemporary Collections in the Dallas Museum of Art / Olafur Eliasson / Bruce Nauman / Arshile Gorky / Enzo Cucchi / Julian Schnabel / Francesco Clemente / Helena Almeida / Robert Gober / Robert Irwin / Giorgio Morandi /José Manuel Ballester.
www.mai36.com