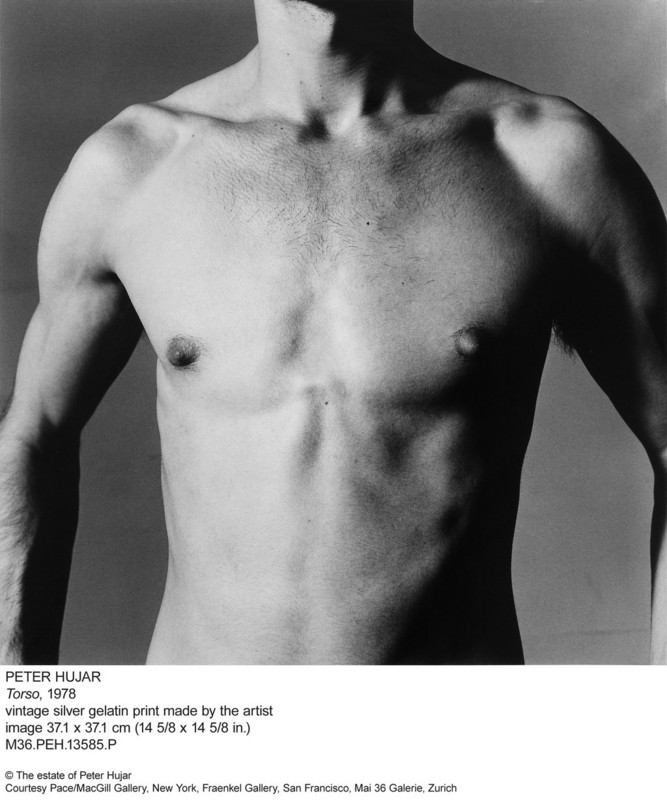 The work of Peter Hujar (born 1934 in Trenton, New Jersey; died 1987) has been the subject of many major exhibitions since the 1980s. The first in Switzerland was at Kunsthalle Basel in 1982. In 1994 he had a show at the Fotomuseum Winterthur and at the Stedelijk Museum Amsterdam, and in 2007 at the ICA London. In 2011, Mai 36 Galerie included Hujar’s series of images Thek’s Studio 1967 in the exhibition Paul Thek – cityscapes and other ideas.

We are delighted to announce the representation of the Peter Hujar Estate by the Mai 36 Galerie.
Like his fellow New Yorkers Irving Penn, Richard Avedon and Robert Mapplethorpe, Peter Hujar was originally a fashion photographer. However, his work differs markedly from theirs. Hujar always struggled with the superficiality of fashion photography and was more interested in the portrayal of real life, in its purest form: in all its corporeality and drama, and at times with humour – as in his animal portraits showing the innocence of creatures.

Among his role models were Wegee and Diane Arbus. One tracked down the most catastrophic and hysterical aspects of city life, while the other unveiled psychological situations on the margins of society with analytical detachment. Hujar himself is part of the life he portrays. He does not overaestheticise, but instead demonstrates an almost intimate relationship with the people and situations he photographs. His compositions, finely wrought yet never intrusive, seem almost casual. His photographs always defied expectations, invariably pushing the boundaries of convention – a tendency that may have caused problems in the world of fashion photography, but which became the hallmark that defined the special appeal of his own work as an artist.

Hujar’s immersion in the world of his friends and his portrayal of New York from the 1960s to the 1980s portray a city that no longer exists. Where there was once a flourishing subculture, which he documented direct and undiluted, and which still informs our collective cultural memory of the city, there is now a process of gentrification that profits to this day from that image of the past. Up close to life and eschewing all superficiality, Hujar’s work shows the face of that era, warts and all.

The fact that his portrayals of life are also portrayals of death – in the spirit of Susan Sontag, of whom he made three famous portraits – is to the credit of Hujar and his photographic art. His images open a window onto both realms at the same time. The realm of life, both animal and human, in all its transience, and the realm of death, as depicted most notably in the photographs of the Palermo catacombs where withered bodies, fully clothed, appear to await a better future.