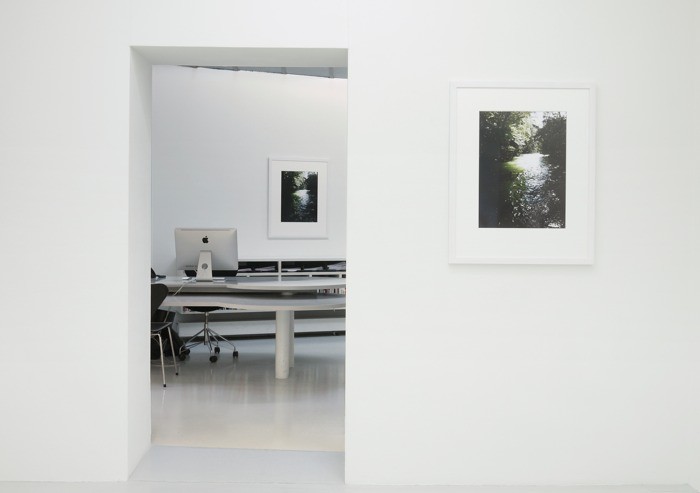 We are pleased to present new works by Troy Brauntuch. He has been teaching at the University of Texas in Austin since 2004 and is regularly represented in national and international institutions and galleries, for instance, in “The Pictures Generation, 1974-1984,” on view at the Metropolitan Museum of Art, New York in 2009. Alongside such artists as Jack Goldstein, Matt Mullican, Cindy Sherman, David Salle, and Robert Longo, Troy Brauntuch is one of the leading exponents of the pictures generation that figured prominently in American art in the late 70s and early 80s. Many of these artists studied with John Baldessari at CalArts in Los Angeles. They used material from films, newspapers, journals, and magazines, recycling their found motifs into re-photographs. Their deconstructivist methods fed into their ideological critique of the mechanics of seduction without undermining the compelling impact of the pictures themselves — precisely because the production and reception of pictures were recognized as ideological constructs.