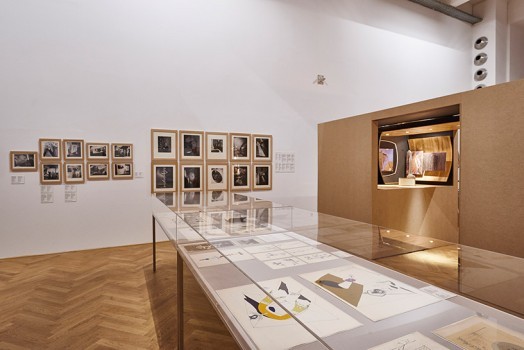 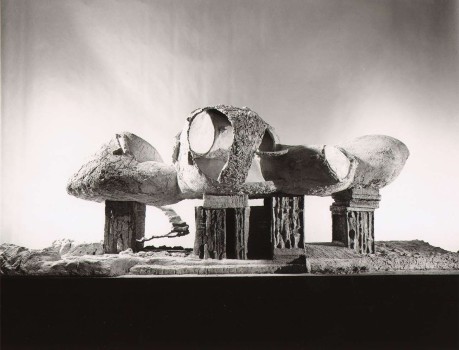 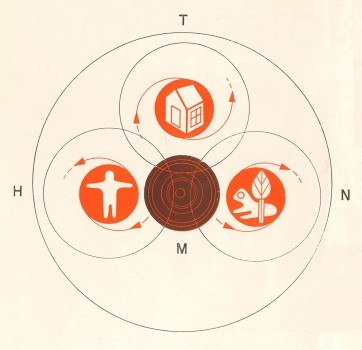 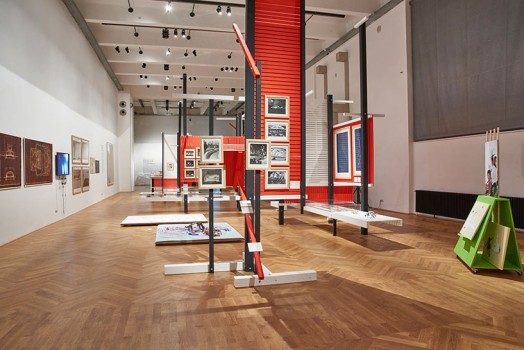 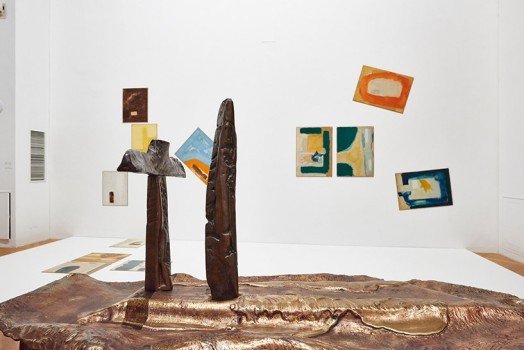 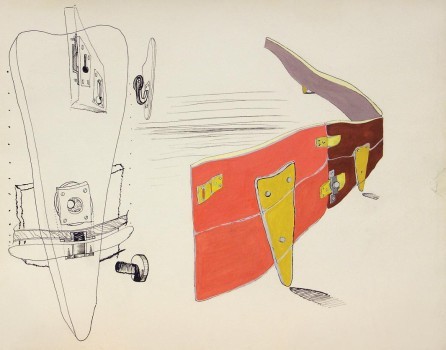 Frederick Kiesler
U. S. Housing in War and Peace, special exhibition in Moscow, study for the exhibition design, New York, 1944 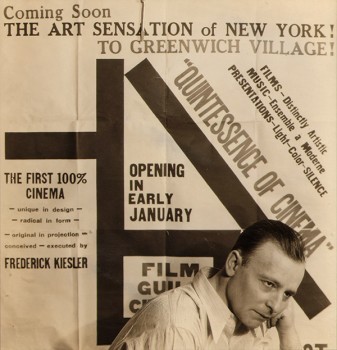 Frederick Kiesler in front of the placard for the opening of the Film Guild Cinema New York, 1929/30 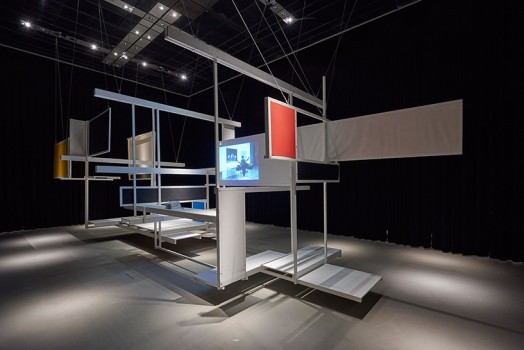 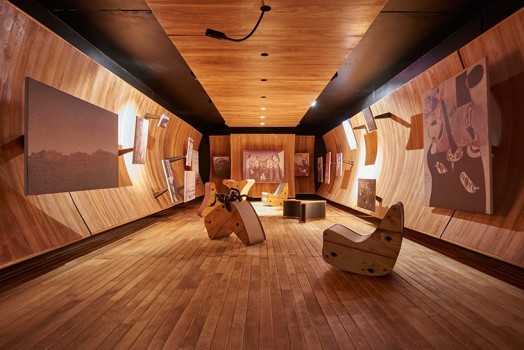 The current interest in the multifaceted oeuvre of the Austrian- American architect, artist, designer, set designer, and theoretician Frederick Kiesler applies most of all to his holistic philosophy—the negation of the traditional boundaries drawn between disciplines—and the importance he ascribed to the productivefusion of artistic and empirical scientific practice. In so doing, he placed the wellbeing of the human, as an individual as well as a social being, at the center of his bioscience-based correalistic theory.

The years Kiesler spent in Vienna surrounded by Otto Wagner, Josef Hoffmann, and Adolf Loos and the idea of the Gesamtkunstwerk were formative for his entire artistic and theoretical body of work. The focus of this evocative exhibition is Kiesler’s transdisciplinary work in painting and sculpture, architecture and design, theater and film, with his theory of Correalism as well as his innovative exhibition practice being put up for discussion. His vision of a correlation between artwork, space, and spectator manifested itself in his revolutionary exhibition designs, just as much as in his Galaxies of the 1950s and 1960s.

On show is a thematic presentation of a large number of visionary sketches, photos, plans, and texts from the extensive inventory of the Austrian Frederick and Lillian Kiesler Private Foundation. These are to be supplemented by items loaned by private collectors and public institutions. For the first time, a 1:1 reconstruction of the Parisian City in Space, one of the most important architectural icons of the 20th century, will be shown in Austria.

The goal of the exhibition is to convey the visionary universe of ideas and its history-shaping potential as an influential contributor to present-day discussions about art, architecture, design, theater, and theory.

Four trenchant pictures convey the cornerstones of his life’s work: the Parisian Raumstadt [City in Space] of 1925 and the model of the Endless House of 1959, which stand for his architectonic visions; the emblematic representation of his anthropocentric theory of Correalism published in 1939; and also a photo showing Kiesler as the “inhabitant” of his monumental wooden Rockefeller Galaxy of 1952. The title of the newspaper article in which he published this photo was “Meant To Be Lived In.” This can be
understood as the guiding principle of the exhibition.

As an integral component of the exhibition, a participative educational program gives leeway to the perspectives of young people. In the course of intensive engagement with Frederick Kiesler’s visionary concept of space, Viennese schoolchildren created contributions that were varied in terms of their content and choice of media.

In cooperation with the Austrian Frederick and Lillian Kiesler Private Foundation.
www.mak.at