The Glass of the Architects 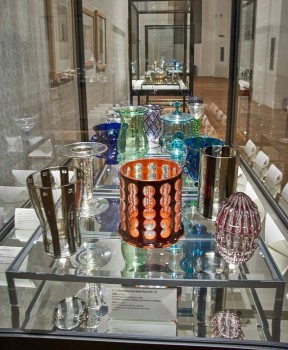 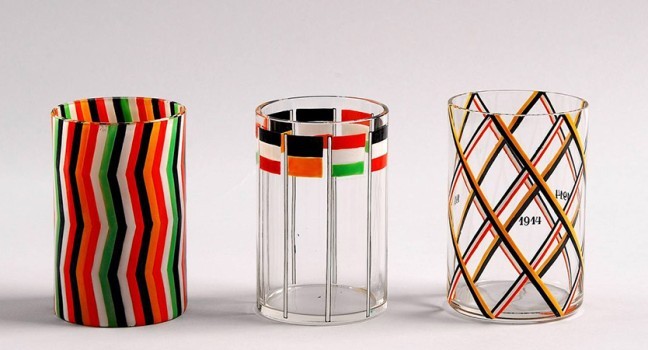 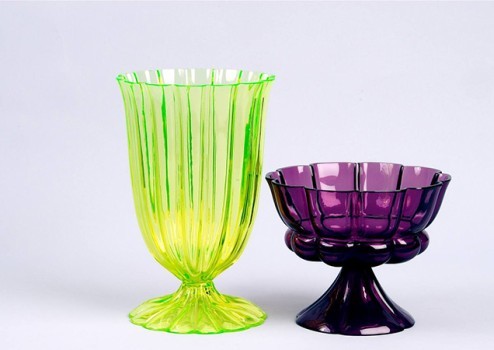 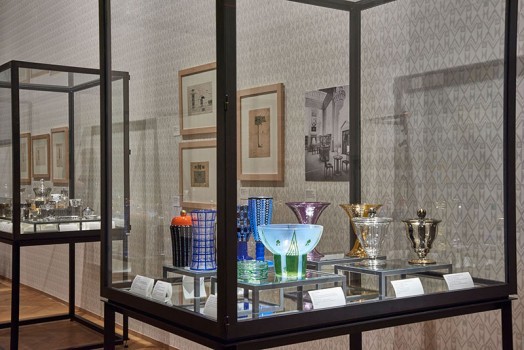 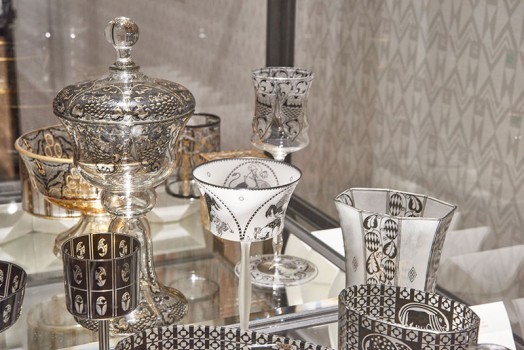 A cooperation between the MAK and LE STANZE DEL VETRO

After the success of last year’s exhibition The Glass of the Architects in the rooms of LE STANZE DEL VETRO in Venice, which presented over 300 glasses from the period between 1900 and 1937—largely from the MAK Collection—the entire show has now moved to Vienna, where it is
on display for the first time. As designers of glassware, the architects of Viennese Modernism greatly influenced the products’ form and technique, with glass becoming established in this period as the material of modernism.

A group of young architects—at the Academy of Fine Arts Vienna under Otto Wagner, at the School of Arts and Crafts, and at the University of Technology—developed a special interest in glass design. Their contact with established glass manufacturers in Vienna such as E. Bakalowits &
Söhne and J. & L. Lobmeyr, as well as with art reform movements such as the “Union of Austrian Artists—Vienna Secession,” the Wiener Werkstätte, and the Austrian Werkbund, ensured the realization of radically new design concepts by manufacturers like Johann Loetz Witwe. Now world-famous protagonists of Viennese Modernism such as Josef Hoffmann (1870–1956), Koloman Moser (1868–1918), Joseph Maria Olbrich (1867–1908), Leopold Bauer (1872–1938), Otto Prutscher (1880–1949), Oskar Strnad (1879–1935), Oswald Haerdtl (1899–1959), and Adolf Loos (1870–1933) launched groundbreaking new designs for decorative and practical glass.

In the interests of reforming teaching at the Vienna School of Arts and Crafts and in accordance with the credo advocated by the Wiener Werkstätte for a collaboration based on an equitable collaboration between designer and executing craftsperson, the architects not only worked on the designs, but also in the glassworks in front of the glass furnaces. This proximity to production, which Otto Wagner and Adolf Loos promoted in their new definition of the architect’s role, enabled them to tap the full potential of glass as a medium.

Viennese art glass after architects’ designs became both a permanent feature and a trademark of the important arts and crafts exhibitions—from the 8th Secession exhibition in Vienna in 1900 and the Werkbund exhibition in Cologne in 1914 to the Exposition internationale des Arts décoratifs et industriels modernes in Paris 1925, as well as of the Wiener Werkstätte’s product range.

This exhibition divides the development in Vienna from new glass to modern glass into seven chapters, covering topics such as glass in the Wiener Werkstätte, war glasses, bronzite glass, classical glasses after designs by Josef Hoffmann, and glasses from the glassmaking schools. The glassworks in the exhibition are supplemented by designs by architects of Viennese Modernism as well as by photographs, which document the exhibitions of the time and hence bear witness to the exceptional effect on the public of these radically modern objects.
The catalogue accompanying the exhibition is available at the MAK Design Shop.
www.mak.at