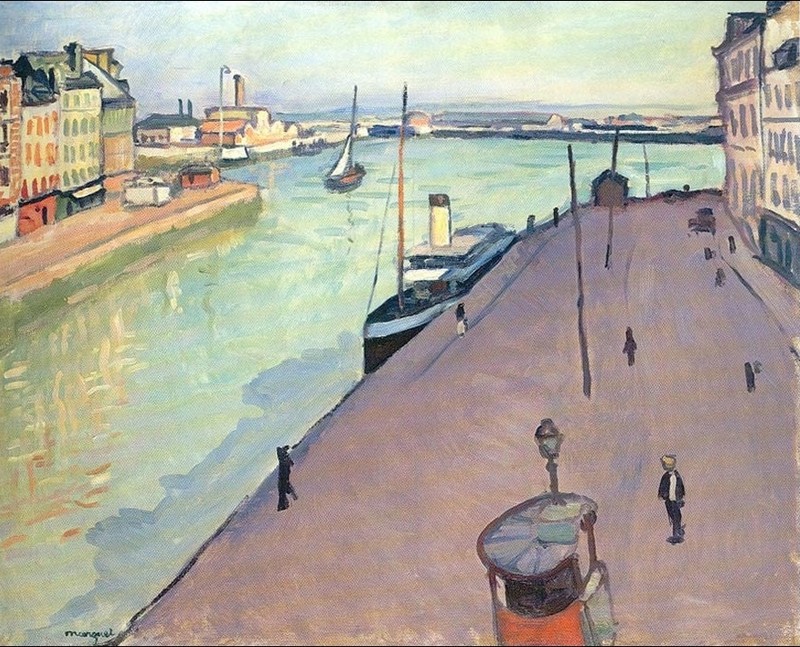 The Musée d’Art moderne is commemorating Albert Marquet (1875–1947) with a major monographic exhibition of over one hundred paintings and drawings, some of them being shown in France for the first time.
The chronological and thematic layout of the exhibition allows viewers to rediscover an artist who defies pigeonholing, and who evolved with the movements of his time – from Post-Impressionism to Fauvism – without ever losing his stylistic independence.
Marquet spent his life travelling between the shores of the Mediterranean and the banks of the Seine, with landscape and water his favourite subjects. He shaped his oeuvre far from the artistic squabbles of his time, maintaining an unswerving friendship with Henri Matisse, whom he met in Gustave Moreau's studio in 1892.

Of the Fauvism that marked his beginnings, he clung to only a few characteristics: formal simplification, a relative empowerment of colour and an appearance of rapid improvisation. His real goal was a tonal harmony that would lay bare the essentials as he sought to encapsulate his subjects with fidelity and balance and, as he put it, "to paint like a child without forgetting Poussin."

The exhibition scenography uses the different aspects of the Marquet oeuvre to highlight a constant quest for modernity, from the early works painted alongside Matisse in Paris and Arcueil, his Fauvist period, and the characteristic nudes, part academic study and part sensual confrontation, through to his obsession with landscape in variations and series: what critic Jean Cassou would term " this very particular optical domination of the world ", at once modern and timeless.

Organised by the Musée d'Art moderne, the exhibition will subsequently be on show at the Pushkin Museum in Moscow from October 2016 to January 2017.
www.mam.paris.fr