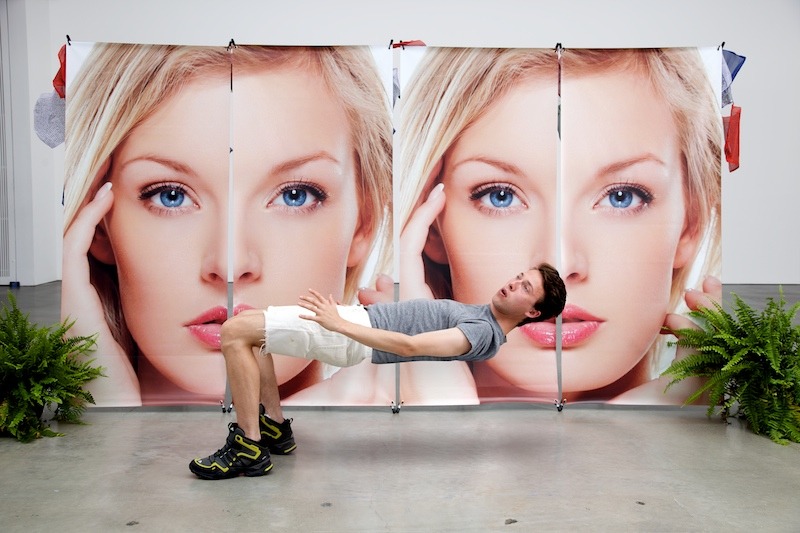 The Musée d’Art Moderne de la Ville de Paris is presenting at ARC, its experimental space, CO-WORKERS – Network as Artist: a selection of international artists trained during the 2000s whose innovative practices are largely based on networking. Mounted by the New York collective DIS, the exhibition foregrounds a new artistic language taking its inspiration from Internet resources. The Musée d’Art Moderne has opted for dividing CO-WORKERS between two sites, each with its own emphasis: Network as Artist at ARC and Beyond Disaster at Bétonsalon – Centre for Artistic Research.

With the world in the throes of the third industrial revolution, the use of the Internet and mobile telephone systems has triggered a new mode of communication hinging on an uninterrupted flow of information. While remaining independent, the user is connected to numerous networks –professional, technical, artistic, cultural – that recognise no geographic boundaries: a form of organisation symptomatic of what sociologist Barry Wellman calls "networked individualism".

"The Internet of Things" revolves around the idea that humans are no longer the sole thinking entities – that the things around them constitute an environment termed "Ambient Intelligence".
Installations, videos, sculptures and paintings: the contributing artists explore a system of exchanges whose complexity outstrips the merely human scale. They investigate the way intelligence and consciousness can be extended to include machines, animals and other living organisms.

In a society marked by data acceleration and the omnipresence of images, these artists work within a culture of the visible, in which the boundaries between the private and public spheres are blurred and intimacy becomes "extimacy". In devising the exhibition's scenography DIS, known for its lifestyle platform DIS Magazine, has drawn on collective work spaces, shopping malls, and airport transit areas. The upshot is an event – a network of artworks, interactive installations and performances – that situates the museum in a world of data streaming and circulation.

The exhibition themes will be the subject of talks and encounters integrated into The Island (KEN) created in collaboration wih Dornbracht, co-designed by Mike Meiré, a hybrid kitchen/bathroom space specially designed by DIS and coproduced with the New Museum in New York.