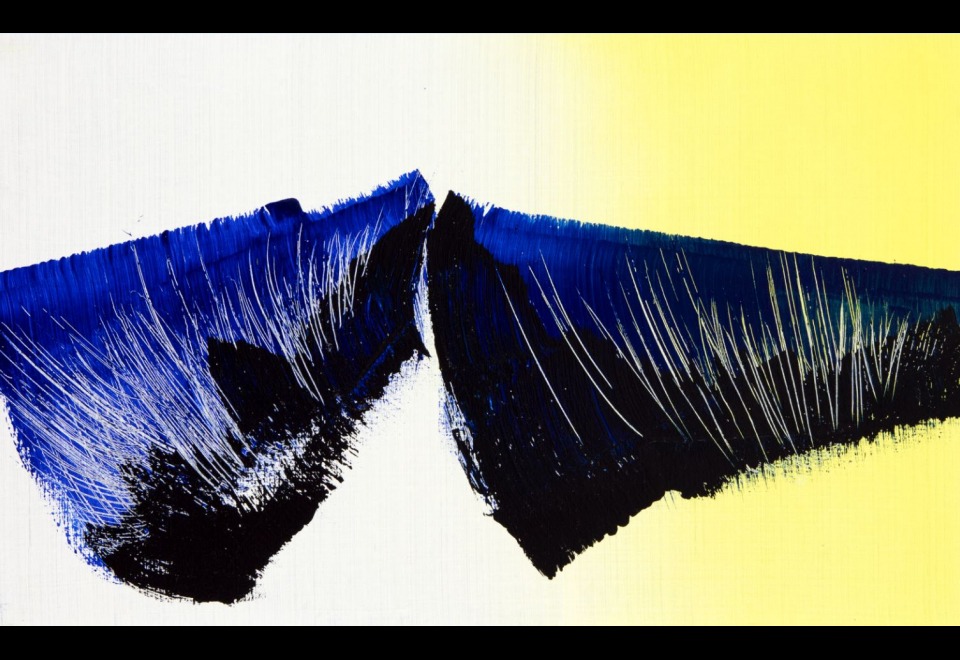 On the occasion of its re-opening after extensive renovation work, the Museum of Modern Art presents a retrospective of work by the painter Hans Hartung (1904-1989).

Given that his last retrospective in a French museum dates from 1969, it was time to restore the visibility Hans Hartung (1904–1989) so richly deserves. This exhibition brings a fresh eye to the oeuvre of this major 20th-century artist and his crucial role in art history: Hartung was a forerunner of abstraction, one of the most influential artistic discoveries of his time.

Spanning a century, his career was marked by a thirst for freedom equal to the obstacles he had to face: the rise of fascism in his native Germany, and the precarity of his existence in postwar France, with its physical and psychological aftereffects. Yet never for a moment did he stop painting.

This retrospective is built around a tightly focused selection of some 300 works from various collections – French and international, public and private – and most notably the Hartung-Bergman Foundation. This tribute is a follow-up to the Museum’s acquisition of a group of four works by Hartung in 2017.

The visitor is introduced to the wide range of media, the wealth of technical innovations and the array of tools used during six prolific decades. For Hartung experimentation was all-important, as was the uncompromising, conceptually inflected modernism he embodied. The essays on colour and format as a rigorous studio methodology, together with framing, photography, enlargement, repetition and – even more surprising – identical reproduction of quite a few of his works, were all elements of his research into the original and the authentic and have lost nothing of their relevance today. Hartung paved the way, too, for a number of his fellow artists, among them Pierre Soulages, who was always frank about his debt to him.

The exhibition takes the form of a succession of chronological sequences divided into four main sections. In addition to the paintings photographs testifying to the importance of the medium in his explorations, groups of graphic works, illustrated limited editions, experiments with ceramics and a selection of painted stones round off this retracing of a singular life path.

This account of Hartung’s career and his part in the art history of his time is backed up by books, letters, notebooks, sketches, a youthful diary, catalogues, invitations, posters, photographs, documentary films and other archival material.

While a commanding figure in 20th-century abstraction, Hans Hartung cannot be confined to the role of mere precursor. Turned towards a future of human and technological progress, his artistic vision continues to challenge us today. The tension and interaction between these complementary aspects of the Hartung vocation come together as the guiding thread of this exhibition.