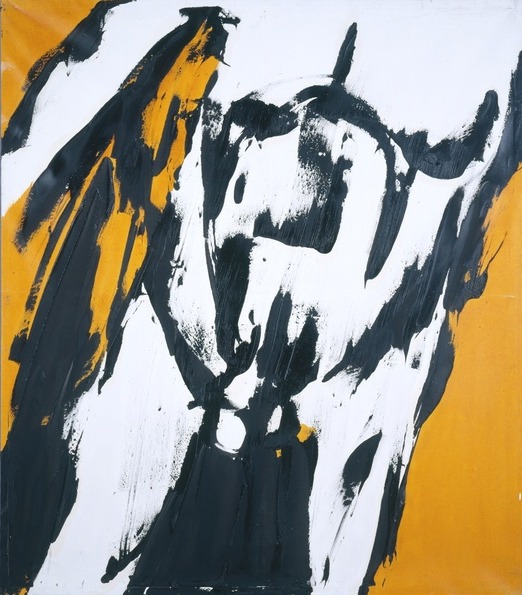 Having rounded out its prior collection of four Judit Reigl paintings with the purchase of a work from the New York, 11 September series and the donation of five earlier pictures by the Judit Reigl Endowment Fund, the Musée d’Art Moderne de la Ville de Paris can now outline the major phases of a career closely associated with two of the 20th century's most significant art movements: Surrealism and Abstraction.

Born in Hungary in 1923, Judit Reigl studied at the Academy of Fine Arts in Budapest in 1941–1945, and discovered the painting of the old masters during a stay in Italy. In 1950 she clandestinely fled the mounting Stalinism of her home country and reached Paris, where she was taken in by a compatriot, the painter Simon Hantaï. Hantaï introduced her to André Breton, who organised her first solo exhibition in 1954.

Reigl was quick to cut free of the Surrealist group and the dreamlike character of her early work, and to move towards a more action painting approach. She nonetheless clung to the principle of "total automatic writing, both mental and physical", which stressed speed of execution and formal fragmentation. Between 1958 and 1965 she reused failed canvases, throwing them on the floor and "walking and pouring paint on
them"; this left room for accidents and "objective chance". Reworked, these paintings made up the Guanos series.

In 1966 human torsos, most of them male, unexpectedly began emerging in her work. These spontaneous figurative elements, all in levitation – some rising, some falling – became the Homme (Man) series.

While the Déroulements (Unfoldings, 1973–1985) illustrate the encounter between formally unconstrained action painting and the autonomy of the materials used, the series Entrée–Sortie (Entrance-Exit, 1986–1988) challenges the picture's functions and limitations. Every sign indicating movement has been eliminated. The series titled New York, 11 September, painted in 2001 and 2002 in the wake of the World Trade Center attacks, draws on the recurrent Reigl motif of the body in a state of weightlessness plunging into the void.

For Judit Reigl the technical aspect is fundamental, from the choice of canvas to the actual making of her own painting tools. Her oeuvre is the outcome of a grappling with her materials and a real, physical movement taking place in space-time.