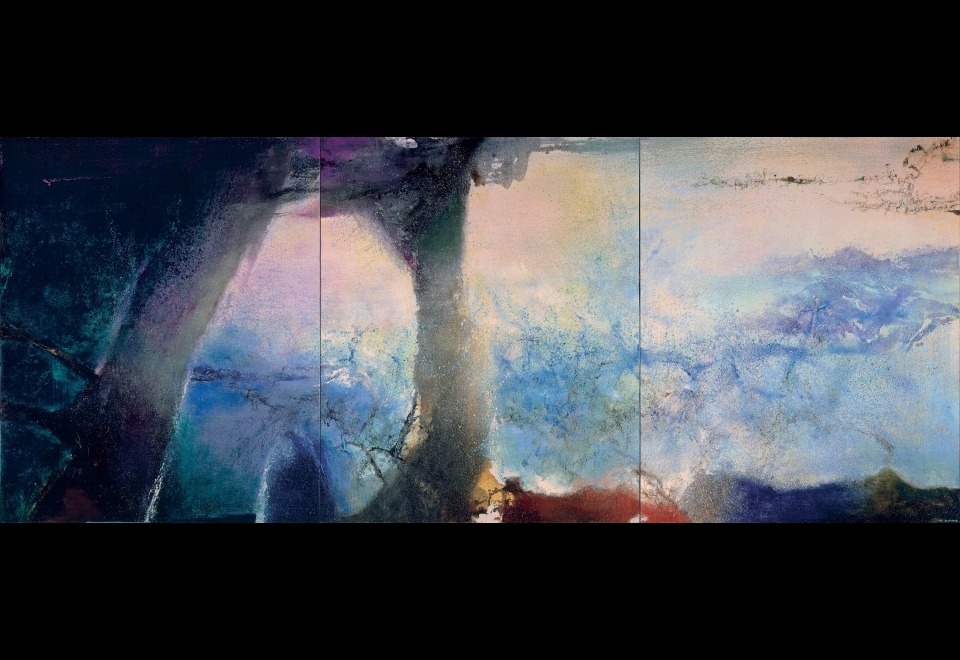 His work has now achieved the fame it deserves, but the opportunities to appreciate its complexity have been too rare here. This exhibition sets out to consider it in a new light while also inviting the viewer to reflect on the question of large-format paintings.

The exhibition itinerary begins with Zao Wou-Ki's adoption of a new, "abstract" approach – even if he found the term too restrictive – with the 1956 painting titled Traversée des apparences. This decisive step preceded a first stay in the United States, in 1957, that encouraged him in his quest for an ever-larger picture space.

Working at the intersection of several different worlds, Zao left China for Paris in 1948, just as the domain of "living art" was beginning to be divided between France and the United States. His oeuvre traverses the aesthetic debates that accompanied the development of modern art, and while part of a rewarding Paris scene, he was very quick to spot the vitality of American painting; in addition he was gradually returning to certain aspects of Chinese painting that he had previously severed contact with.

No lover of the term "landscape", Zao preferred to speak of "nature". His relationships with the outside world were born of travel, discovery and fruitful encounters, the first of which were with Henri Michaux and composer Edgar Varèse. Poetry and music were for him two enduring poles of attraction, providing a kind of tension with his painting and, as his art grew more assured, giving meaning to the declaration he inspired from Michaux early in their friendship: Space is silence.