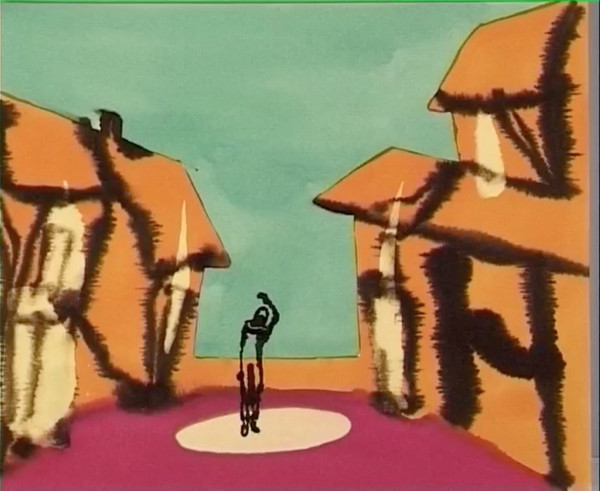 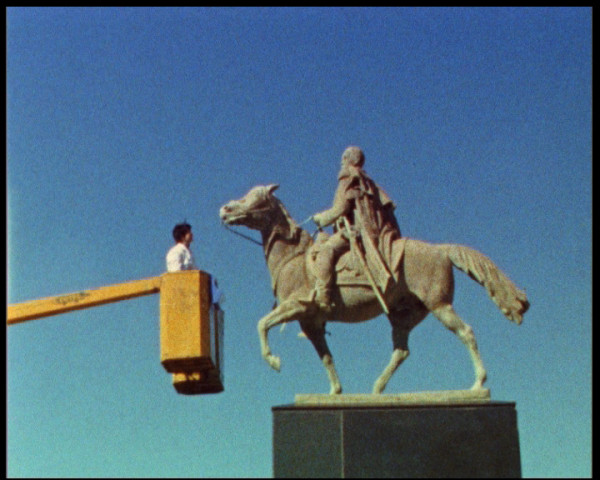 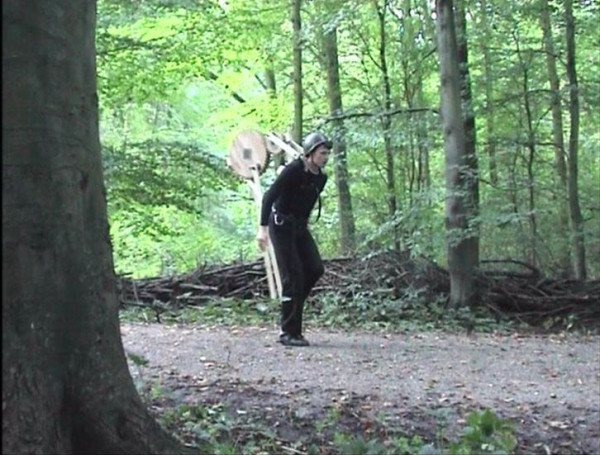 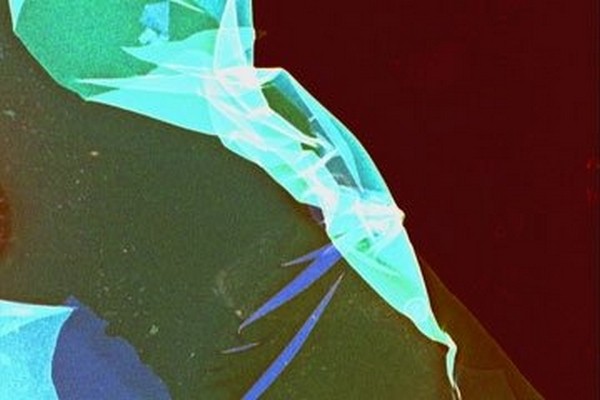 Early works by good artists in their careers can often times signal the language and concerns of their long-term oeuvre. The four-person exhibition EARLY FILMS will show important defining works by these artists who continue to use film inside their overarching projects.

Los Angeles based Italian artist Alessandro Pessoli is highly regarded for his painting, ceramic sculpture and drawing practices The early Caligola, 1999, animated film took the artist 2 years to complete and required the realization of over 3,500 drawings to construct the 9 minute film. Pessoli recently made Autoritratto Petrolini, 2014, an animation realized through the building up of 3 paintings over the course of a year and more than three thousand changes of the canvases.

On Education is a 2008 film by London based Argentinian artist Amalia Pica. The performative film depicts the artist atop a crane while painting the mounted “hero’s" steed “rightious” white on the memorial public sculpture. Excerpts from Jean Jaques Rousseau’s Emile or On Education’s run sporadically as subtitles throughout and underscores Pica’s interest in public sculpture to the didactic and the “resignification or a possibility to shift the way that history is perceived ...” The artist is currently working from films and images made on her art/science residency in Nigeria’s jungles working with chimpanzees and other indigenous species.

Berlin based Dutch artist Guido van der Werve’s acclaimed films span 10 years and include the new, Nummer zestien, the present moment, currently on view in New York. On exhibition in Early Films is 2010’s Nummer twee: just because I’m standing here doesn’t mean I want to, a deadpan self-portrait of the artist and fate.

Jennifer West has made film work in Los Angeles since she graduating from Art Center in 2004. West’s historically referential experimental films employ materials that address the subject matter of the films “narrative” and in addition are used to affect the film’s surface and visual. On exhibition will be the artists self explanatory titled Marinated Film – the roll of 16mm I had in the fridge for over ten years (16mm film negative marinated for several months in: Absinthe & XTC, Pepsi & Poprocks, Jim Shaw’s Urine, Red Wine, Coffee & Detox Tea, Aphrodisiacs), 2005

The works on exhibition provide individualistic approaches and narrative possibilities that show the rich landscape of film and are early indictors of the included artists voices and projects.