Other Ways and Means 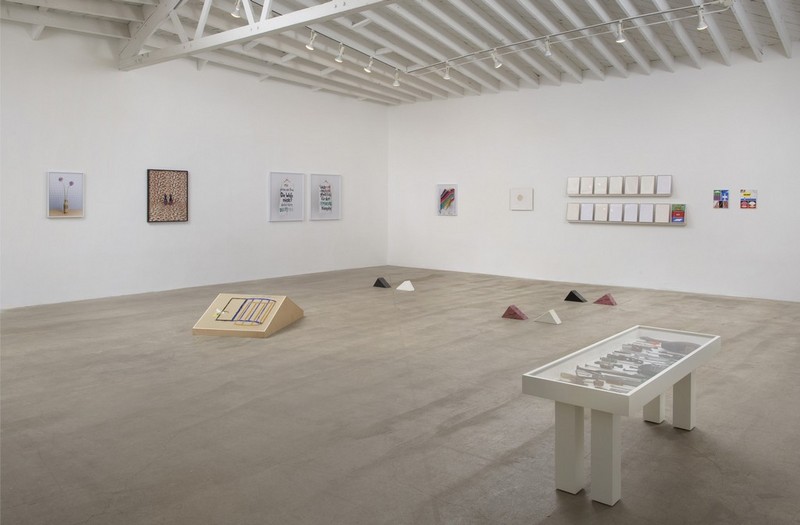 MARC FOXX is pleased to present the group exhibition, Other Ways and Means. The exhibition formats the sculpture, drawing, painting and installation work of Kaspar Bosmans for the first time in the US in addition to internationally celebrated Annette Kelms photographs, Los Angeles based Kristen Van Deventer’s paintings and Antonio Vega Macotela’s installation project from Mexico City.

Of course Marshall McLuhan’s 1951The Mechanical Bride seems more prophetic then ever in today’s digital world and it is breathtaking to watch it expand and morph. The “the medium is the message” has come to be our global reality. However other mediums continue to exist and communicate and this can be truest in the visual arts. Other Ways and Means considers four artists and their use of materials and processes outside of new technologies and how materials and ways of working, painting, photography, sculpture and installation based practice can translate meaning through an artist’s employment.

Fox eyebrows, black pearls, marble and pure pigment/sand-painting are all utilized in recent graduate and Brussels-based Kasper Bosmans’ works. The mysteries and particularities of these materials are deeply researched and considered in the artists project and processed placed alongside concurrent information, systems and materials. Bosmans has said, “By referring to the material itself I try not to discriminate any kind of interpretation.”

Of the six wedge-shaped forms comprising Starfigher, the four marble elements were once chocks to a F104 G fighter jet installed in downtown Antwerp. During the course of the installation two of the marble blocks were stolen. Bosmans hand painted two faux-marble wedges that have been incorporated into the final sculpture and “written” into sculptures history in Legend (Starfighter), a gouache painting in the Legend series he has realized for many of his works.

Berlin-based Annette Kelm’s landscape, portrait, and still life photographs and installations have been the recipients of several prestigious international awards and solo museum exhibitions. The five images in Other Ways and Means forefront the artist’s “still life” photographs and Kelm’s photographic tactility through her visceral and idiosyncratic material choices and compositional decision making.

Van Deventer’s paintings offer a layered examination of the materials and intentions in painting. Her studio process allows room for the work to evolve slowly, reacting with and against the previous encounter. In addition to using the traditional framework of oil on canvas, Van Deventer works on stretched silk, a material she describes as “both a traditional painting surface and a fabric that is in between opaque and transparent, in between a fabric for the body and a smooth surface for painting.” The properties of silk facilitate an indirect form of mark making. “The first mark is never hidden, there is no covering up... always present and visible, bleeding through.”

Over the past two years, Mexico City-based Antonio Vega Macotela and his father, Antonio Vega Silva, a social researcher, have been assembling, researching and archiving broken and abandoned tools found in flea markets and swap meets. Through their research they have been able to discover the specific usage and life of tools and how they would have deteriorated and broken over time. The artist has documented over 150 of these tools and printed selected images onto white paper using the sweat of his father, himself and labors who have been a part of the project, to form the “first book” of, Proólogo a los estudios de agotamiento. La biblioteca invisible. Tomo 1, Prologue to studies of exhaustion. The invisible encyclopedia. Volume 1 (cacharros) (in collaboration with Antonio Vega Silva), 2013-2015. Antonio Vega Macotela has described the researched labor as ”... a kind of labor without heritage, trackless and imperceptible conceiving the worker as an element of waste and renewable resource,” and the encyclopedia project as “an encyclopedia as a compendium and reflection about work as an inheritance and essence of life.”
www.marcfoxx.com