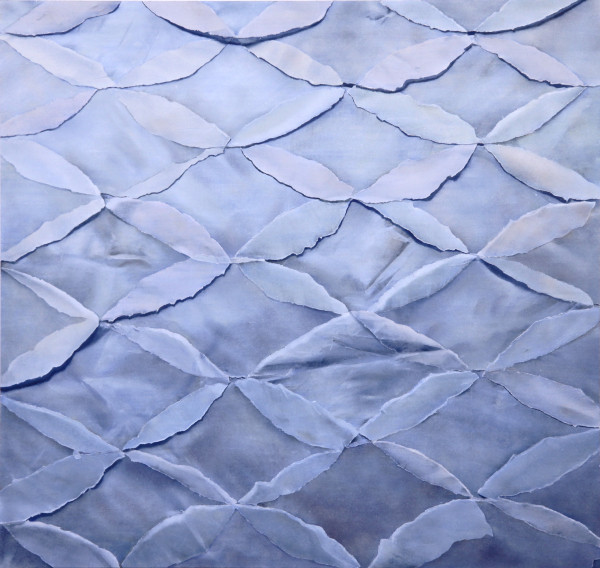 MARC FOXX is pleased to present in his fourth solo exhibition with the gallery, a show of new paintings by London based William Daniels.

William Daniels is highly regarded for his masterful translation of 3 dimensional constructions of paper, card and aluminum foil into paintings. In the new body of work Daniels continues to excavate his unusual territory of impressionism & hyperrealism but here 12 paintings on view shift into a quiet space. The artist hand tore tracing paper into archetypal shapes laying them in abstract patterns on red, yellow and white grounds allowing him to paint the diffusion of color, transparences and capture shadowing in new ways. The overlapping patterning of the bluish tinted tracing paper brings a soft “grayed” palette to the colored & white grounds of the works. Daniels had been reflecting on a recent Tate Modern retrospective by Agnes Martin and although the works bear no resemblance to Martin’s work there is quiet meditative rhythmic quality and presence felt.