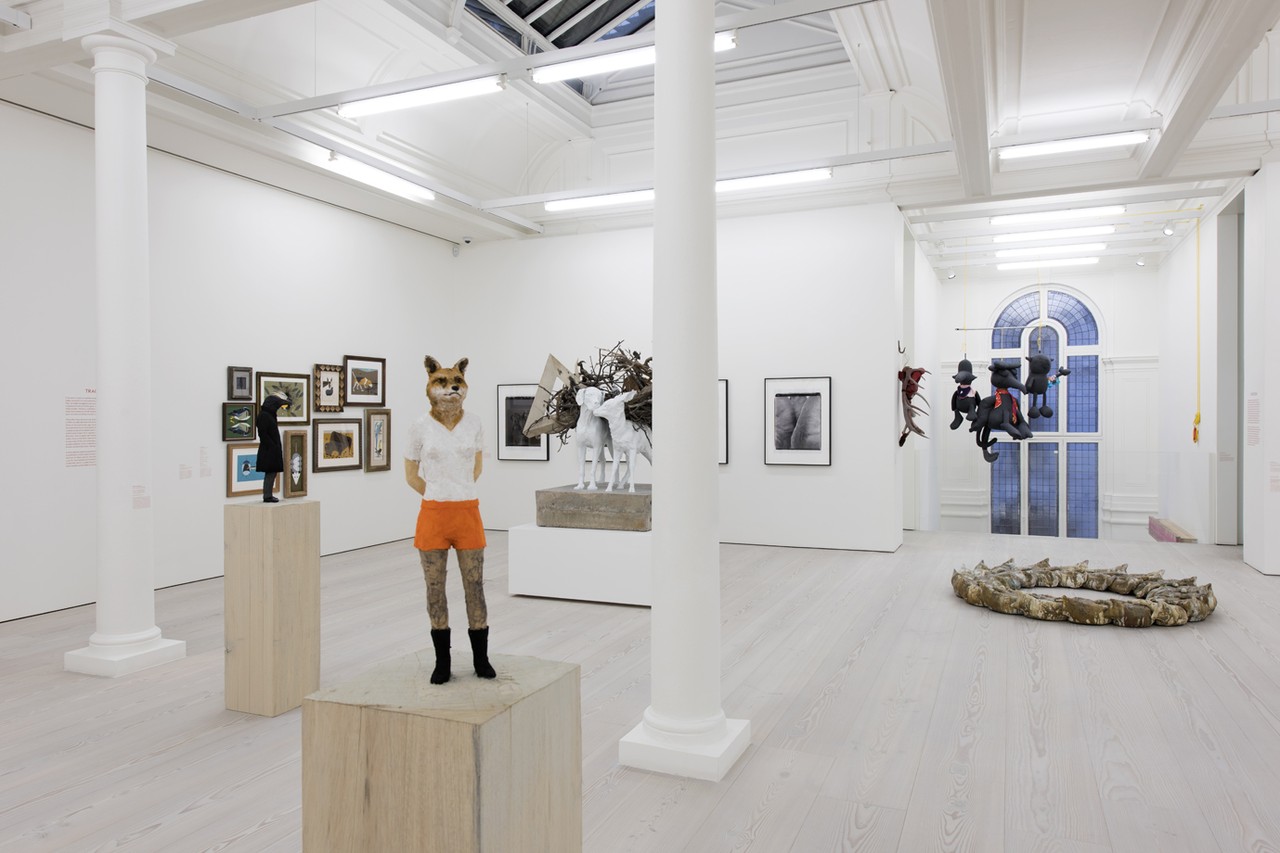 The very earliest cave paintings reveal that humans have cohabitated with animals for millennia. Yet the relationship is fraught and contradictory: we simultaneously mythologize, venerate, sacrifice, and exploit those who are not of our species. This paradox suggests that our connection with animals might be more complicated, and far richer, than commonly thought, and that the distinction between human and animal is not at all clear-cut.

If animals have been the protagonists of innumerable myths, subject to countless scientific studies, and featured in some of our most extraordinary works of art and literature, why have they not been more central to the way we humans study our own relation to the world?

Taking this question as its premise, Animality lays down a novel artistic and theoretical framework for interrogating our relationship to animals. It proposes six interrelated themes—Origins, Markings, Crossings, Variations, Traces, Extinctions—and involves more than seventy participants, mostly from the discipline of art but also from film, literature, philosophy, and science. Its spirited structure juxtaposes artworks and artifacts new and old, high and low, allowing relationships between art and non-art materials to emerge, and creating links between historical and contemporary social and political realities.

While in large part playful and humorous, Animality also stresses the importance of addressing ethical issues, and thinking beyond one’s own values and beliefs, to question accepted assumptions about our relationship to nonhuman creatures. It suggests that while many distinctions between humans and animals are valid, the two groups are more productively imagined as parts of an ontological whole.

Animality connects to a larger debate around the so-called animal question that has involved such iconic thinkers as Friedrich Nietzsche, Martin Heidegger, Georges Bataille, Emmanuel Levinas, Gilles Deleuze and Félix Guattari, Jacques Derrida, and Michel Foucault. Their interrogations around the relationship between animals and humans have inspired a growing contemporary discourse. Animality is conceived in part as a visual contribution to that conversation while also paying, of course, tribute to the diversity and beauty of the animal kingdom.

Jens Hoffmann is a writer and exhibition maker. He currently is Director of Special Exhibitions and Public Programs at The Jewish Museum, New York, Co-Artistic Director of FRONT International: Cleveland Exhibition of Contemporary Art and Senior Curator at the MOCA Detroit.

A fully illustrated catalogue designed by A Practice for Everyday Life will accompany this exhibition. To commemorate ANIMALITY, Marian Goodman Gallery will sell a limited edition print by George Shiras.